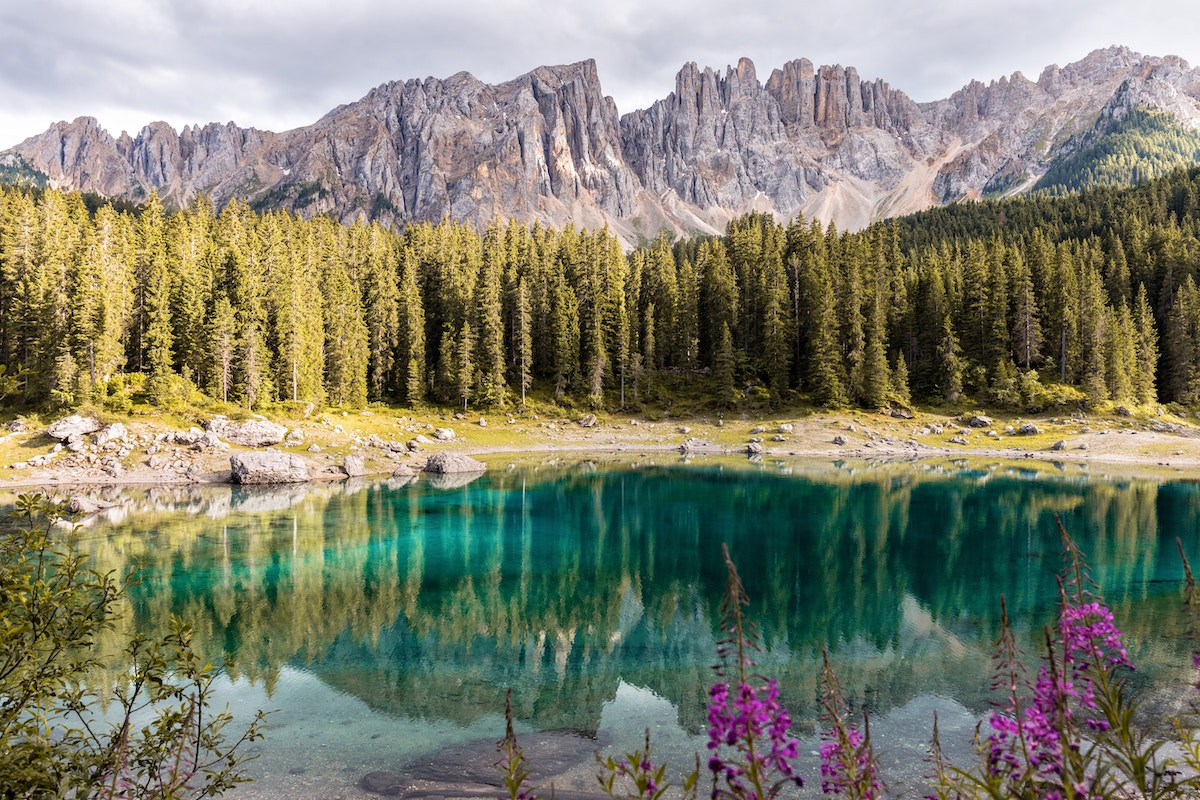 In many discussions of “Why is the world so messed up?” the answer always seems to come down in some form to “money.”

As in – “Why are people burning down the Amazon rainforest?”

“Oh, to clear the land for farming – cacao and crops like that – so they can make more money.”

Likewise, when looking at the fates of oppressed communities, the thing holding them down often seems to be “money.”

As in – “Why are children working 12-hour days in Foxconn plants in China to build iPhones?”

“Oh, in their village there’s no other way to get money – they have no choice, they have to work there or their families will starve. Foxconn treats its workers so horribly so that the corporation can extract a higher profit and make more money.”

It’s confronting these kinds of things over and over again that really make a person think twice.

Like, if people are willing to clear-burn rainforests and force children to work in grim factories just for money — maybe the love of money really is the root of all evil, which means that money is pretty damn close to being pure evil itself.

Fair enough. I believed this for many years myself; I thought the only way to have a beautiful world emerge would be if all money was forsaken.

After studying Lewis Hyde’s The Gift and Charles Eisenstein’s Sacred Economics, I idealized tribal gift economies which seemed to have so much more spirit and soul than the commercial world we live in.

Also: I would never dispute that shady characters all over the world do terrible, exploitative things “for money.”

I just think in order to really understand what’s happening, we have to keeping looking a little bit closer at exactly what “money” is and why it seems so wrapped up with so many dark and scary happenings.

The Function of Money

Consider this: money functions as both a store of power … (i.e., the money you’ve saved “for a rainy day” stores the power to motivate people to fix your car or to do whatever else you might need done on that sad rainy day)

So money sits at this mysterious, highly charged intersection of desire and power — in order to express your desire with money (i.e., to buy something that you want) you have to be willing to part with a portion of your stored-up power.

In other words, in order to make wise decisions with money you have to constantly balance your agency of desire and power, which isn’t easy.

So I’d say that all the dark problems that seem to be connected to money are actually much more primally connected to the way that human souls deal with desire, power, and agency.

In tribal gift societies, there’s often still plenty of violence that goes on – against other tribes, who get treated as “not-people” and related to as objects rather than as subjects.

…I suggest taking a moment to consider that the real problem resides in the mad extent to which modern materialist ideology insists on treating the world as full of “objects” for use instead of as full of “subjects” to be met and related to.

In this process of objectification, we simplify our relationship to desire and power (and thereby to money / economic value), but we also make that relationship way uglier and way more boring.

From the time we’re small most of us are raised to think of plants and animals and household furnishings and money itself as “not people.”

Since plants and animals and household furnishings and money are “not people” we’re trained to think it would be ridiculous to believe that they might have thoughts, feelings, memories, intentions, desires, or power of their own — all of those are things that only “people” have, and only humans are “people.”

Everything else, so the materialist ideology goes, is relatively inert, brainless, soul-less.

Sure, plants and animals are alive – but not the way that “people” are alive, they’re not really “intelligent” or “conscious.”

— And stuff like household furnishings and the elements and money? Well, those are definitely just lifeless objects and you’re insane if you think they have any kind of consciousness.

But this point of view certainly isn’t natural to children.

Children, before being thoroughly trained in the “subject-object” view of the world will happily converse with and sing to plants, animals, toys, fire, water, air, soil, dishes, chairs, food, unseen spirits – anything and anyone, they are willing to relate to as another subject: with thoughts, feelings, desires, and powers all of its own.

We tend to insist that children are only “imagining” their relationships with toys and trees and unseen friends and nickels and pennies – but maybe they’re just intuiting those relationships a lot better than we brainwashed adults can know.

— since everything else is just an object to be used, often including other human beings who somehow don’t make it into our personal definition of “people” by virtue of being different from us somehow.

The objectifying worldview makes ecological devastation and exploitation of other humans happen, not money.

Thus, what I’m proposing is that in order to see a more beautiful world emerge, the core change that needs to happen is not the abolition of money or even a wholly new economic system …

… but rather a widespread willingness to stop pretending that the world is made up of objects and to start giving all the other rich subjectivities around us, including money and plants and animals and household furnishings and computers, etc., love, respect, and recognition of their own powers, desires, and agencies.

This kind of attitude, of course, is known as animism, and has been a key component of magic in all corners of the world for many millennia.

This widespread willingness in the modern world can only begin with us.

P.S. Want to start your intentional initiatory journey with the spirit of Money & have your questions answered directly by Dave & me?

You’ll discover how to:

If you’re interested in learning about how relating empathically to Money as a subject can greatly improve your happiness, warmth of heart, and checking account balance, I suggest that you click here to learn more about & sign up for MONEY: the life-changing course on wealth magic as an initiatory path.

The MONEY course is open for registration this week only, and is limited to 555 participants. 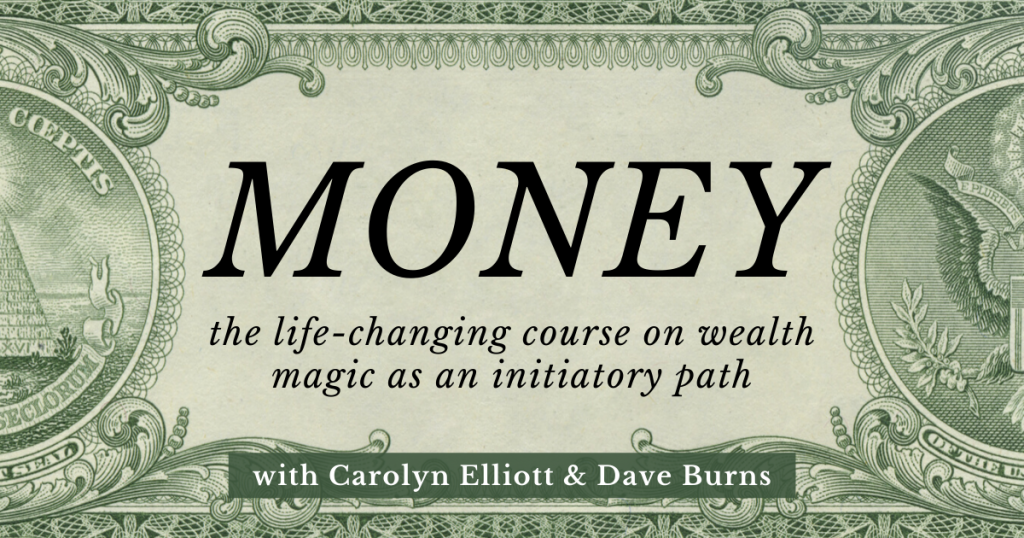 the sensation of scarcity & what to do with it

Open for a Limited Time! MONEY: the life-changing course on wealth magic as an initiatory path 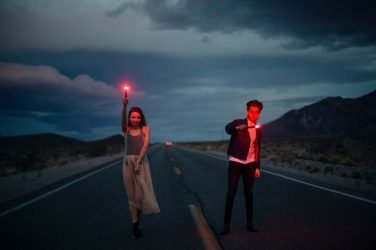 The Witchpreneur’s Key to Success: Embodying Truth In Your Business

In embodying our deepest truth, we free others to do the same. 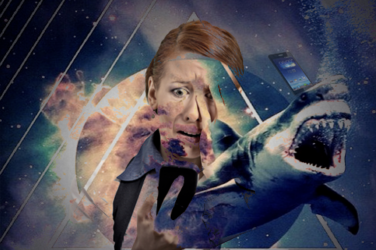 what getting secretly dosed with LSD and money have in common

Hello witches, Imagine if you’d never before heard of LSD or anything like it, ... 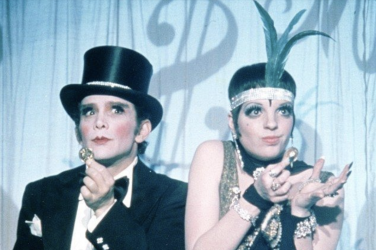 Hello witches, I want to heartily thank everyone who’s been writing to express excitement ...

Carolyn Elliott November 6, 2019
0 Shares
WITCH exists to nourish magic in the world through shadow integration and shamelessness done with an awareness of "as within, so without - as above, so below." To write for us and reach an audience of thousands, please send submissions to assistant editor Karolina Boldt at badwitcheseditor@gmail.com.