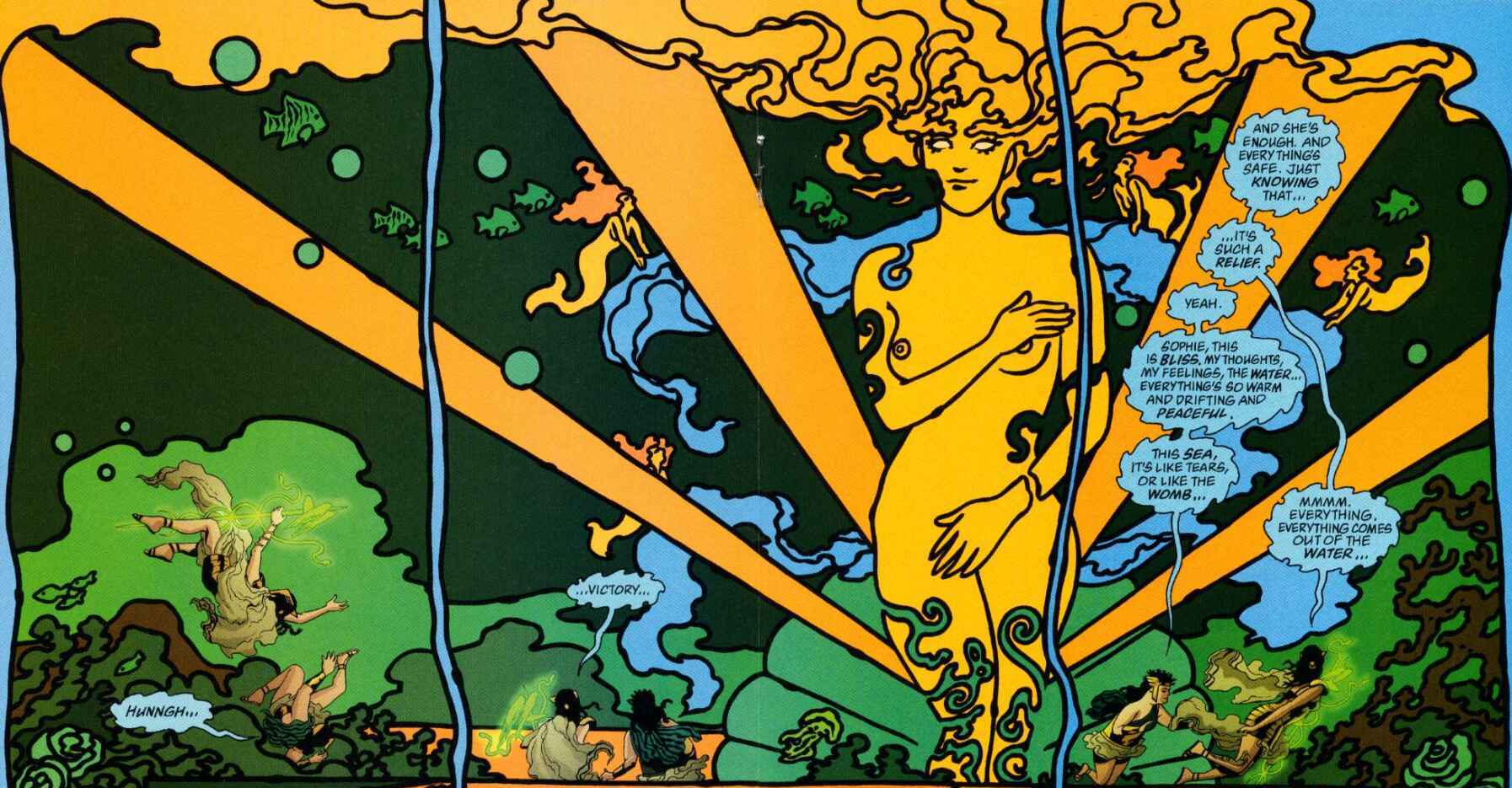 Carolyn Elliott here, editor of WITCH – so I’m nearing the end of a 12 week magical project called The Promethea Working – which you can read about here (part 1) and here (part 2) and also here (part 3).

So I believe I’m on week 9 of this project (it could be week 10 – I don’t count so good) — and wheeeewwwwwwwweeeeeeeee.

Admittedly, I’ve become lax about a few elements that I had decided on at the start of this working (such is the way it usually goes with me) — I haven’t been keeping up with my Lesser Banishing Ritual of the Pentagram, for instance.

I need to get back on that. The Lesser Banishing Ritual of the Pentagram is awesome.

But in true Promethea-esque spirit (Promethea is the goddess of the primal power of the imagination) I have been on a deep full-throttle magical adventure over the past weeks which has involved:

1) Doing an psychedelic ritual with my husband, Taia Kepher, outside in the old growth Allegheny National Forest to celebrate our anniversary of falling in love on the 2016 Full Moon in Aquarius — and “to make it safe for me to have a baby in this world”…

…This trip was unlike any I had had before- and it evolved into a giant full-on vision of the meaning of mine and Taia’s shared family heritage and of our developing family’s magical role in the world.

I could write a whole (rather self-indulgent?) book on this subject alone, but real quick – it involved a profound esoteric understanding of the meaning of the Full Moon in Aquarius (which happens every year in August, when the sun is in Leo) and an understanding that “wealth is the will to welcome.”

To welcome what? All the vibrations on the spectrum – from the most fertile, taboo blackness to the most rigid white alien rainbow toxicity.

3) going to a Women Rewilding event near Asheville, North Carolina wherein I walked across hot coals – a feat which required me to invoke Daenerys Targaryen in order to do

4) going to a Mountaincraft event at the North American School of Bushcraft in West Virginia where I learned about foraging mushrooms and felt a huge resonance in my soul – like “yes, I want to be a mushroom witch!”

5) having some wild, wild dreams

6) getting an invitation from Weiser books (the world’s second-largest occult publisher!) to write a book for them

In short, my Promethea working has kicked off a series of visions and synchronicities that seems to be nudging me closer and deeper into the work of decolonizing myself, becoming more connected to the earth, and dying to the layer of pride & shame in my ego.

Also – especially via the invite from Weiser – I’m feeling a kick-in-the-pants from the Universe to expand my vision of my work in the world and reach a wider audience.

I’ve also been getting a crash-course in the deep power of projective identification and the spells (usually curse-like) that it casts.

What is projective identification?

Well, it’s basically when someone else projects a repressed or disowned emotion or quality in themselves onto you – say, aggression or clumsiness — and you accidentally “pick it up” – i.e., identify with it, and start to act it out.

I experienced this in a big way with the medicine woman leading my friend’s vision quest – when I was around her I felt like I was under some strange spell where I fumbled on simple tasks that I usually complete with ease.

I gradually realized that because the medicine woman’s will was much stronger than mine (she’s a sundancer – and sundancing takes a Will of Steel) – she was able to project whatever awkwardness or clumsiness she felt onto me and I just picked it up.

Now that I can see the phenomenon and how much it can affect me, it’s becoming even more clear to me why the cultivation of one’s own magical will is so important, and why protection magic like the Lesser Banishing Ritual of the Pentagram (which I’ve been slacking on) is so important.

6 SIGNS YOU WERE A WITCH IN A PAST LIFE

WHY THE WOMEN SOCIETY CALLS “DAMAGED” ARE THE MOST POWERFUL 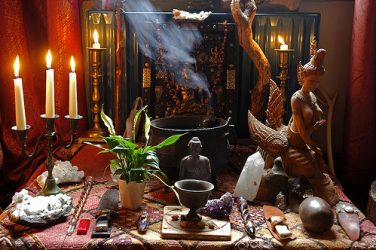 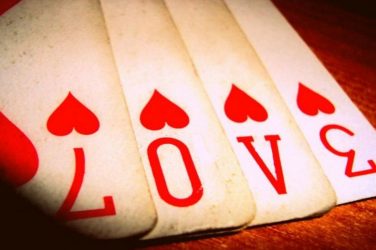 Someone does cast spells on our every moment of every day. You do!

Ruwan Meepagala May 23, 2016
1 comments 0 Shares
WITCH exists to nourish magic in the world through shadow integration and shamelessness done with an awareness of "as within, so without - as above, so below." To write for us and reach an audience of thousands, please send submissions to assistant editor Karolina Boldt at badwitcheseditor@gmail.com.