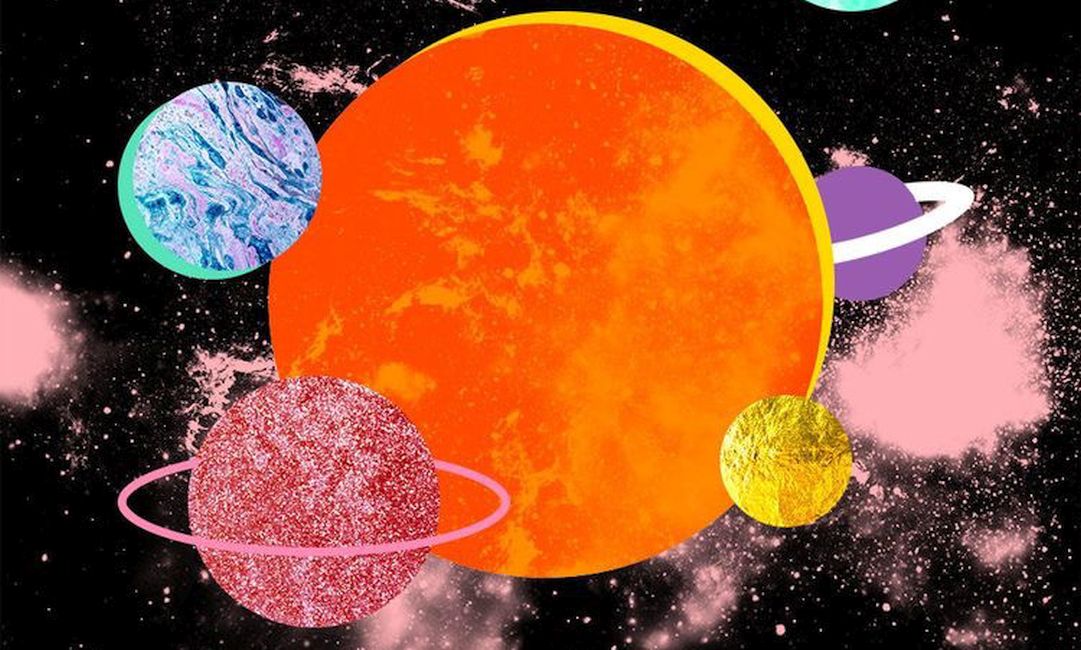 We are amidst a changing of the tides, amigos. After a few snappy weeks of breathing in big gulps of Spring Equinox-fortified air, things slowed down a measure or two. For most of the next few months there will be 3 planets retrograde.

(Mercury won’t be addressed here, since he’s all over the internet anyway and also will have finished his backward dance in a bit).

“The Season of Slow” has begun.

Since the timing elements are so similar, I encourage you to check what cosmic portal opened up for you during the Solar Eclipse of March 9th by checking the house in your natal chart it activated.

Normally, the effect of an eclipse lasts about 6 months; the cycle started with the March eclipse will come to a close on 16th September with a Full Moon in Pisces, after Mars, Saturn and Pluto have returned to direct motion.

I reckon there is a likely connection between that area of your life and some of the themes that will come up during the retrograde transits. 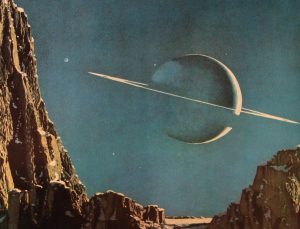 Saturn, the ‘Great Father’ of maturity, discipline and contraction, stationed retrograde on March 25th at 16° of Sagittarius and will be moving from 16° to 9° degrees of Sagittarius before it stations direct on August 13th, 2016.

Saturn is a slow-moving chunk of froideur, so don’t expect this guy to pivot very quickly – he won’t really return to full strength again until Autumn.

My Shaman is always saying that the nature of life is expansion and contraction. Life is always in flux, or flow, depending on your outlook.

In astrology I see this represented most clearly via Jupiter & Saturn; the former expands everything it touches, the latter works via contraction.

No matter what transit we’re having with Saturn and how deeply we feel that, Jupiter is also warming up a different part of our chart. Otherwise known as, something’s gotta give…or, you can’t have it both ways. Whichever you prefer.

In general I feel we get our panties in too much of a twist over dear old Saturn. There’s so much hype now over the Saturn Return, which in years back was simply an astrological transit, not the make or break of adulthood.

The truest statement I’ve ever read about Saturn is that he’s a fair teacher.

He’s not like Uranus, who breaks things apart entirely, or Mars, who is ready for a fight at a moment’s notice.

Saturn is different. He’s a slow burn (or freeze), and looks to correct areas of life where we’ve been immature, undisciplined or living without a healthy boundary. These re-corrective transits of Saturn aren’t always fun, but they are usually worth it.

Saturn entered Sagittarius on December 23rd, 2014. This astro-pairing has the same itchy feeling as Jupiter in Virgo. While Sagittarius is not technically a weak placement for Saturn, they can make odd bedfellows.

Saturn wants serious, concrete plans. It doesn’t have time for anything extraneous or silly. When Saturn makes a plan, he imbues it with the stability needed to make it last.

Saturn is the godfather of savings plans, health check-ups and bullet points.

Sagittarius, however, wants to explore everything, all the time, everywhere, all day, every day. Sagittarius ends up in a quandary of plenty; blessed with unending enthusiasm for exploring life, these centaurs trot their way around soaking up new adventures and inspirations everywhere they turn.

The only possible downside to that is sometimes we need to find a job, renew our car insurance, and pay the rent on time (even if the rent is too damn high). Luck alone won’t get those things done but a calendar alert and an online banking app will. Saturn knows this and wants to help us keep our sanity and credit rating above water.

In this retrograde we’re being called to get serious in an area of life we’ve been working on transforming, perhaps reluctantly, via some kind of quest since November or December of last year.

This may have been a bumpy ride, and you might have fallen off of the wagon more than once. You may have also been forced to face a belief or two that you realize no longer works, but still feels like home.

Looking at your chart, and the house where Saturn is transiting, get in touch with the story you tell yourself about this part of your life. What’s the foundation of that story? Does it need a re-tweak?

What more do you need to do to get real in this part of your life and start acting like a grown-ass person? Who do you continue to (wrongly) believe is the boss of this area of your life?

In this Saturn retrograde transit just remember: whatever we don’t master, masters us. 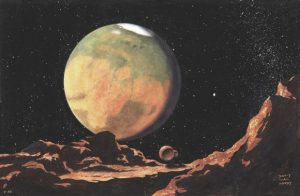 MARS: LITTLE RED MAN WITH A PLAN (AND A SWORD)

Mars, the courageous, impassioned warrior of the Zodiac, stationed retrograde on April 17th, 2016 at 9° of Sagittarius and will be crossing from 9° Sagittarius to 23° degrees of Scorpio before it stations direct on June 30th, 2016.

Mars is a fascinating archetype. He’s the vessel of our drive, ambition and desires.

It’s not ironic that Mars is the considered the zodiacal man of action; he’s very much symbolized by the ‘action man’ dolls you might have had as a kid – tough, well armored and in a hurry to save a damsel in distress at a moment’s notice.

When he’s well expressed, Mars is where you get the power to defend yourself and the punch required to keep moving against any obstacle. But when Mars is out of balance, he just…punches.

Mars can be violent, he’s been known to break up a party or two.

It’s in his nature, you see, all this breaking. In the pursuit of the things Mars wants, he is unstoppable, willing to crack through any barriers to get what he wants.

And in Scorpio, he’s very much at home.

Mars likes being in Scorpio, although perhaps not as much as he likes being in Aries, where he gets to engage in outright conflict. In the absence of conflict, Mars in Scorpio gets penetrative levels of control, even psychic control, and that’s nearly as good. As long as he gets what he wants.

So what’s it all about?

We’ve got two worlds to consider, as Mars will travel between both Sagittarius and Scorpio. Possible themes include reviewing your beliefs, sense of faith and inspirations (Sagittarius), or some deep-seated emotions and your thoughts on transformation (Scorpio).

Mars in Scorpio may have a distinctly sexual vibe for some of us, being that Scorpio rules the genitals, so I wouldn’t be surprised if a few in the crew get in touch with their carnal desires.

We might be less assertive during this period. We are now more able to step back and reflect.

What are we fighting for? Is it worth it? Are there beliefs secretly driving our forward marches that are no longer in sync with our core sense of self?

As always, check out the parts of your chart that Mars will transit (comment me below if you’re confused), and also check to see if there are any other natal planets that will get touched or aspected as Mars marches backwards.

A true warrior fights to the end, but only when the ends are justified by your deepest desires.

In the words of Castañeda: “There are lots of things a warrior can do at a certain time which he couldn’t do years before. Those things themselves did not change; what changed was his idea of himself.” 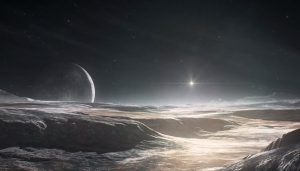 PLUTO: WHO TURNED OFF THE LIGHTS?

Pluto, the keeper of the Underworld, hidden wealth and renewal, stationed retrograde on April 18th, 2016 at 17° of Capricorn and will be moving from 17° to 15° Capricorn before it stations direct on September 27th, 2016.

Pluto is a weird little guy. We weren’t really recruiting for a guy like Pluto when we found him.

We already had Saturn, who moonlights from time to time as the Grim Reaper; Mars, who creates bloodshed and war; Uranus, the irreverent revolutionary who loves to smash existing structures.

Wasn’t that enough? Did we have to add another madman to the pack?

A friend of mine asked recently, “Do you think we invented math, just discovered it?”

Pluto begs the same question. Here’s a planet, okay, dwarf-planet, with an orbit that moves between two hemispheres, mimicking the act of going into the Underworld and resurfacing.

It’s the dance of the Shaman, shifting between the realms of spirit and man. Even the planet’s atmosphere embodies two realities: when it moves away from the Sun, it freezes over entirely; when it orbits back towards the Sun, a gaseous fog fills its atmosphere.

So, did we discover Pluto, or invent it? Decide for yourself.

It takes Pluto 248 years to transit the entire zodiac from Aries to Pisces, and it spends up to 24 years in each sign. When Pluto makes a transit to a point in your natal chart, it lasts 3 years. Pluto doesn’t orbit as much as it creeps its way around the solar system. Changes here are very gradual, but also final.

Whatever area of your chart Pluto is moving through, you’re getting a top-grade psycho-pomp tour. Most of the time, Pluto transiting a house of your birth chart will have a behind-the-scenes quality until it aspects an angle or planet.

In retrograde, Pluto asks us to look below the surface of everyday life. One of Pluto’s most prominent themes are control and the abuse of power. You may find that this retrograde highlights areas where you’re in a power struggle, probably a subconscious one.

With Pluto in Capricorn, this may apply specifically to work issues (the controlling boss) or your struggle can be with a traditional, conservative entity (your bank, for example).

Capricorn is the Sea-Goat, capable of climbing the highest mountain and swimming to the deepest depths. You may feel you’ve been doing just that as you chase a particular ambition.

In the 7th House, Pluto retrograde could bring up control issues in business partnerships or marriage. In the 11th House, it could create friction with a conservative-minded contact, or a group that works within very traditional parameters (church groups and country clubs could fit this description).

If you don’t readily connect with the Underworld vibe that Pluto brings, just recall the words of Don Marquis: “It takes all kinds of people to make the Underworld.”

And that includes you too, my dear. 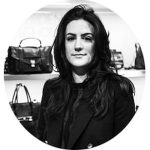 Lee Coleman is a Shamanic Practitioner and astro-blogger over at Straight Woo. Lee started her journey into the spiritual realm after checking every box in the ‘Modern Woman Burnout Manual’: a high-powered soul-sucking job, a full bank account and an empty heart. These days she waxes lyrical about all things woo on her Facebook page and pumps out a natal chart reading or two in her spare time (when she isn’t canoodling with her husband). 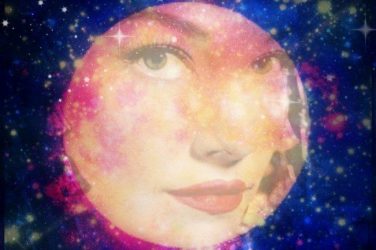 There will be two Full Moons in the sign of Sagittarius this year. Rather ... 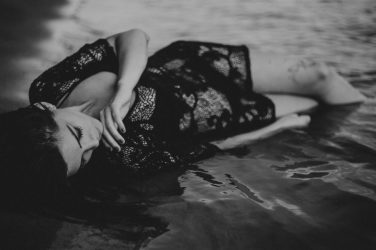 Show up for yourself. Embody your whole truth. 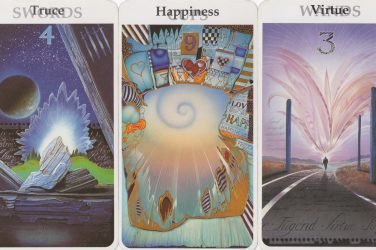 THE TAROTCAST: Get Your Happy On. You damn-well deserve it!

Sarah Taylor June 6, 2016
0 comments 0 Shares
WITCH exists to nourish magic in the world through shadow integration and shamelessness done with an awareness of "as within, so without - as above, so below." To write for us and reach an audience of thousands, please send submissions to assistant editor Karolina Boldt at badwitcheseditor@gmail.com.