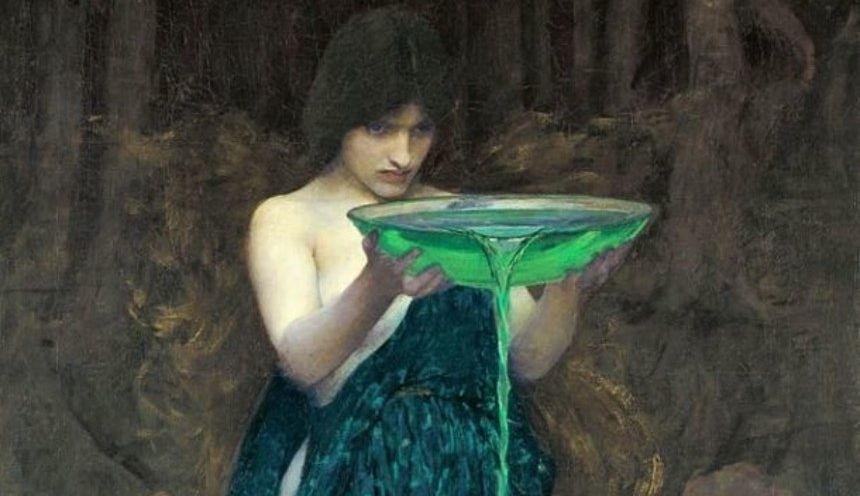 When I was younger, doe-eyed and in my early twenties, my greatest desire was to be a Priestess.

Even though I wasn’t ever entirely sure what being a Priestess would entail something about it called to me. I just wanted so badly to be connected with the Goddess, with the Divine, to live my life in co-creation with Her and follow where She lead me.

It was a deep, desperate desire, like a crashing, relentless ocean on the shores of my sceptical muggle life.

I didn’t know precisely what it meant, but I wanted it. So badly.

You know when you desire something sooooo much, you fail to see how you could ever be worthy of that desire?

I didn’t see how little old me could live up to this starlit holy image of a Priestess I had created. How could I ever hold a candle to it?

In my eyes, a Priestess was wise and still, measured and calm – she was ruthlessly dedicated, punishingly disciplined, able to give herself over 100% to the mysteries without any mortal distractions.

She was learned and smart and never made mistakes.

She would devote herself to her practice for hours upon hours a day, she was psychic and spent half her time in another world, she was brave and ethereal and powerful and commanding and magical…

In other words, totally unobtainable.

I’d put the Priestess so high on a pedestal I could never reach her.

And I spent my life finding ways in which I could never possibly live up to her.

She was all the qualities I had determined I was not.

It’s only recently I’ve become intimate with the dastardly tricks and techniques my mind employs to keep me believing that “I’m not good enough”.

To my mind, the only kind of person who is worthy of the things I desire has to be completely obsessive.

This desire has to take over their whole life, be the rhythm by which their heart beats, the light that illuminates their whole being and drowns out all others.

Literally nothing else can matter to them – their life lives and ends on boundaries of their one passionate desire. There is nothing else.

Only then can someone be good enough.

Only then can someone be worthy of success.

You have to work devastatingly, gruellingly, soul-destroyingly hard to deserve something you want. (Thanks for that gem, patriarchal culture.)

It’s very sneaky, because I am not a single focus obsessive kinda person. I am passionate about a whole bunch of stuff, because the world is full of too many awesome things to be excited about.

My world is illuminated by lots of little lighthouses of enthusiasm that cannot be distilled into one centring passionate beam.

Thus, I can never be the single focus obsessive I feel I need to be.

Looking back at my journey over the last decade, I can clearly see how I sabotaged my training as a priestess again and again, purely because I didn’t feel worthy of such a lofty goal.

I remember quitting a priestess training program in a storm of drama and fury – fuelled at least in part by my belief that I didn’t deserve to be a priestess.

I was enrolled in a tradition I loved to learn how to become a priestess, but by the second year, I was realising how unchallenging it was.

It didn’t live up to my ideal of what it meant to be a priestess at all.

We didn’t have to be learned or scholarly about anything we were doing, or highly trained in ceremony, or relentlessly disciplined – I mean, if I could easily handle the workload, surely it meant that by default it was not a serious training, right?

It wasn’t rigorous enough if I could actually do it, even excel at it.

Every now and again I would understand, in a fragile blossoming of heart knowledge, that being a Priestess meant becoming totally myself – embracing exactly who I was and giving myself permission to want what I wanted, become what I wanted to become.

It wasn’t about studying to breaking point or pushing myself to abandon everything I am and be someone else – it was about relaxing into who I was and what I am so fully that I shone like a star of divine luminescence, feeling into that delicious paradox of devotion to self coupled with devotion to service.

But I’d realise this truth for a feathery second, and then it would be blown away by my hard, coarse patriarchal conditioning.

You are not enough.

You must prove yourself. 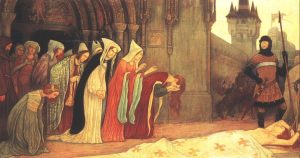 Woe, woe is me. Painting by Aladár Körösfői-Kriesch

So I crashed out.

I said I wouldn’t be proud if I stayed to initiate, that there was no knowledge to be gained here, no mystery beyond what was in the textbook, that I didn’t respect the teacher and was doubting how deep this tradition could actually take me…

…but the thing is, had I stayed, had I just stuck it out for six measly more months, I could have easily attained what I wanted – recognition as a Priestess of the Goddess, initiation into an established tradition, external validation.

Because that was what I wanted.

For someone else to give me permission to step up into the role of priestess.

For someone to tell me, yes, you deserve to be this now.

Because I couldn’t give myself permission. I was not enough.

I said I wanted to be challenged, to go deep, to truly know understand, but how much of that was just me being afraid of what I wanted?

Even now I wonder how much of my dramatic drop out from priestess school was to do with me being afraid of being worthy.

But I believe I had another path to take. 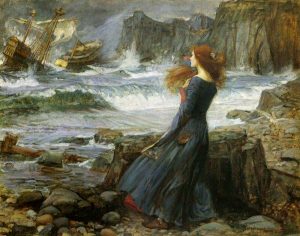 My education in REALLY learning what it meant to be a Priestess began.

I remember, in my initiation ritual into my tradition, passionately vowing to the goddess that I would become her Priestess.

I remember earnestly kneeling in front of her, in a misty torch-lit valley hallowed by the Equinox moon, and joyfully promising that I would love, create beauty, and dedicate myself to Her service.

I believe when you make a vow, a true, heartfelt vow, and it is witnessed by the universe, you are bound by it.

Things are set in motion beyond your control.

The universe is going to force you to make good on your promise no matter what.

And that is what happened next for me… 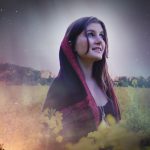 Demi Fox is a modern day Morgan le Fey, a mermaid Priestess, a theatrical goddess and a venusian pleasure seeker. By day she runs Rockstar Priestess, a website dedicated to badass women’s spirituality and Avalonian goodness, and works as one of the UK’s premier professional mermaids: by night she lights up stages across the lands as a magnetic dancer and award-winning burlesque seductress. Join her Mermaid Coven on Facebook, or sign up to her Email List for sexy presents.

An Inquiry into Will, Future, and Materializing Your Intention 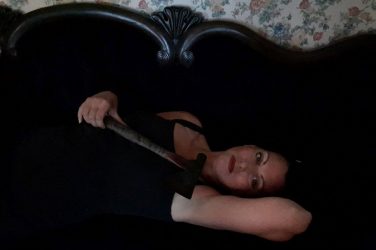 There is a responsibility that comes with being a witch, and it is to ... 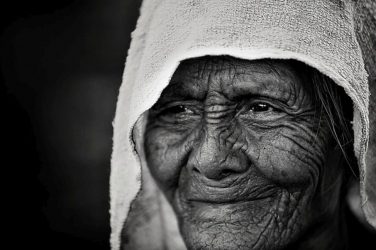 When Pain Rises, Release the Voice of the Great Mother

The Great Mother had creation stories. But generations of Her children grew up with ... 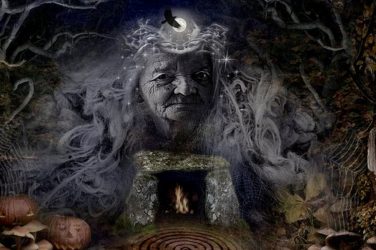 WISDOM OF THE CRONE: Facing the Cauldron Within

There was so much love in her hands, and I felt it flowing up ...

WITCH October 20, 2017
0 Shares
WITCH exists to nourish magic in the world through shadow integration and shamelessness done with an awareness of "as within, so without - as above, so below." To write for us and reach an audience of thousands, please send submissions to assistant editor Karolina Boldt at badwitcheseditor@gmail.com.