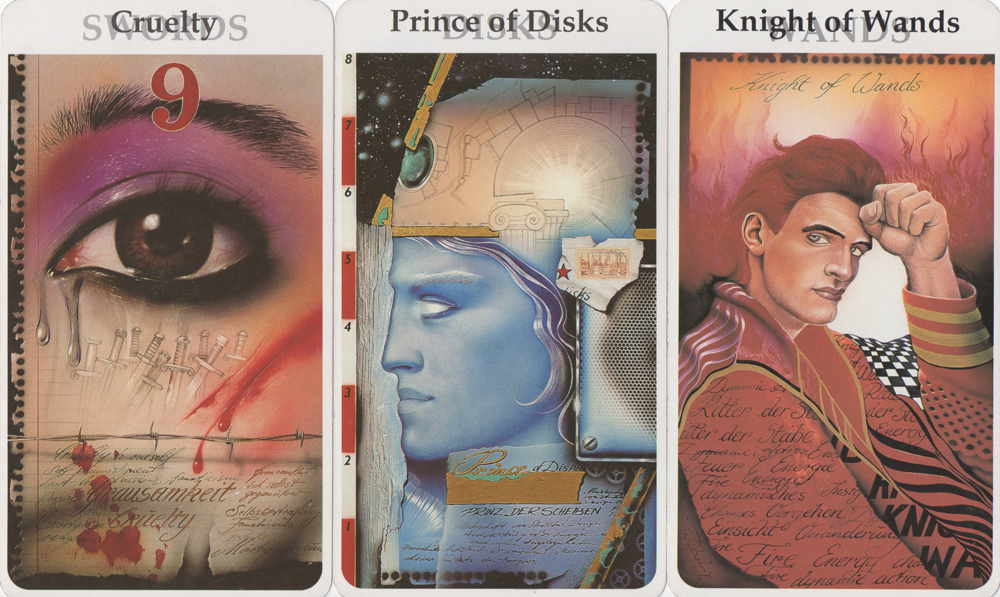 I suspect you know them pretty well by now – the ones that come into play when the mind’s working over-time; the mental-machinations in a shouting match with logic, your body, your heart. In a shouting match — and frequently winning, it seems, if the presence of the Nine of Swords is anything to go by today.

A couple of weeks back, we had the Ten of Swords at centre — which means that in some way the Ten was taking centre-stage in your life.

The Ten is a point of surrender; it is that line we cross when the mind has spun so much of its ridiculousness that we see right through it.

We see the destructive force of an over-active imagination at its most chillingly effective — which, paradoxically, renders it harmless in an instant. The worst has happened, even if only in your fantasy.

The Nine of Swords this week feels like a re-emergence of a particular pattern you’re wont to weave — a set of beliefs, a mode of self-talk — that ends up making things incredibly ouch!, and particularly for you. Sure, you may lash out at someone else, and damagingly so, but in the end those nine blades can only go one place: back to the originating force. You. Hoist by your own petard.

And who are you right now? Again, the figure describing a dominant aspect of your personality is one that appeared alongside the Ten of Swords two weeks ago: the Prince of Disks.

You as a planner, as an ideas-based idealist. You, the person with a vision and the means to bring it about — the passion and the zeal. But just look what it is on which you are bringing your considerable organisational talent to bear: none other than the Nine of Swords. 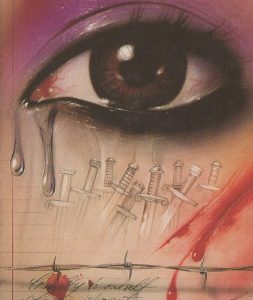 In a nutshell, what may be operational in you is a keen insight into vision, but this vision is one that takes no hostages.

I write this and know that there is something very current in many of our minds that has been in the news over the last two days, and I see the literal outcome to the two cards on the left in a way that feels nightmarish to me.

But I must write what I see, because we are all together in this: a vision — whatever it is — that is held by one is reflective of a vision that is also held in the collective.

And the Nine of Swords makes it clear that unless we can step away from what our minds are telling us, we each of us have the capacity to draw blood, both literal and figurative.

But, whichever it is, this reading points out something clearly: who you are right now, and the point of focus to which you are most likely to tend.

The Nine is your default stance — and who can blame you? But remember who you are, master planner and idealist: you have the power to get out there and manifest exactly what you are designing.

What are you not looking at? That might be a useful question. What is it that is calling to you that is not immediately in your purview?

You, the Prince, are being summoned, by a Knight.

The Knight — or King in other decks — feels so significant here that I don’t think I could overstate it if I tried. But, given the understated nature of Mr Fire himself, I’m going to keep these words on a low flame. Perhaps. 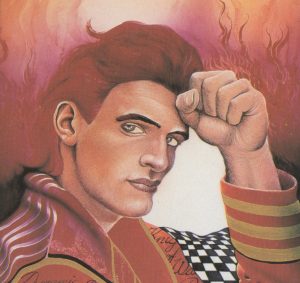 What I see when I look at the Knight in relation to the other two cards are three things:

I see a figure who is powerful yet contained even while he is the epitome of creative energy, being “fire of fire”.

Look at the black and white space he’s creating with his arm against his body: respite; sanity; a calm in the firestorm. He has learned that, while he is indeed heat itself — an emissary of Eros in a human body — he uses it best when there is space to step back and be ‘of the flames’ rather than ‘in the flames’.

Strangely, the Knight has similar colours to the Nine of Swords — a contrast from the blue hues of the Prince — but they are applied differently, in the service of fire/creativity. He is not wounded; his eye is clear.

I see the Knight’s closed fist, the force of his will, and how he is holding it up to the place where the Prince’s bejewelled third eye is trained on the Nine of Swords.

And from this gesture I hear one clear statement of intent — the one with which I will end this reading; the message from the Knightly part of you to the Prince who needs the guidance of authority — your own authority:

“Use your fuckin’ head!”

Astrology Correspondences: Nine of Swords (Mars in Gemini), Prince of Disks (the airy aspect of earth), Knight of Wands (the fiery aspect of fire)

ABIDING STILLNESS: 3 SECRETS TO HELP YOU GO DEEP WITH MEDITATION 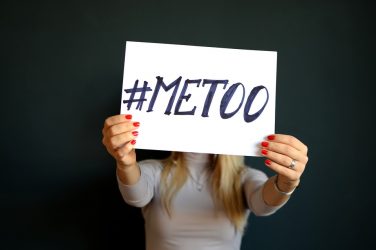 The Sex Revolution Is Now

The cycle of suffering must end, and by the hands of those who have ... 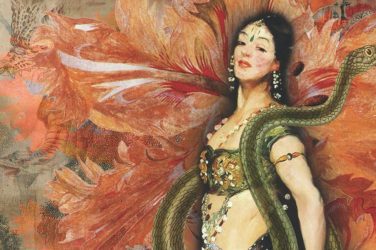 Although the Queen of Swords within represents the active, passionate vital force, her energy ... 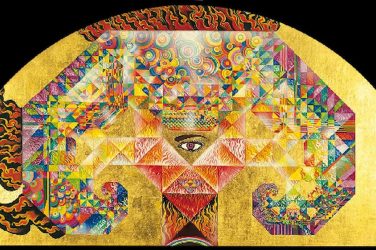 CHIRON + YOU: THE WISDOM IN YOUR WOUND

You know what Chiron did? He became a dedicated student of his wound.

WITCH April 5, 2017
0 comments 0 Shares
WITCH exists to nourish magic in the world through shadow integration and shamelessness done with an awareness of "as within, so without - as above, so below." To write for us and reach an audience of thousands, please send submissions to assistant editor Karolina Boldt at badwitcheseditor@gmail.com.