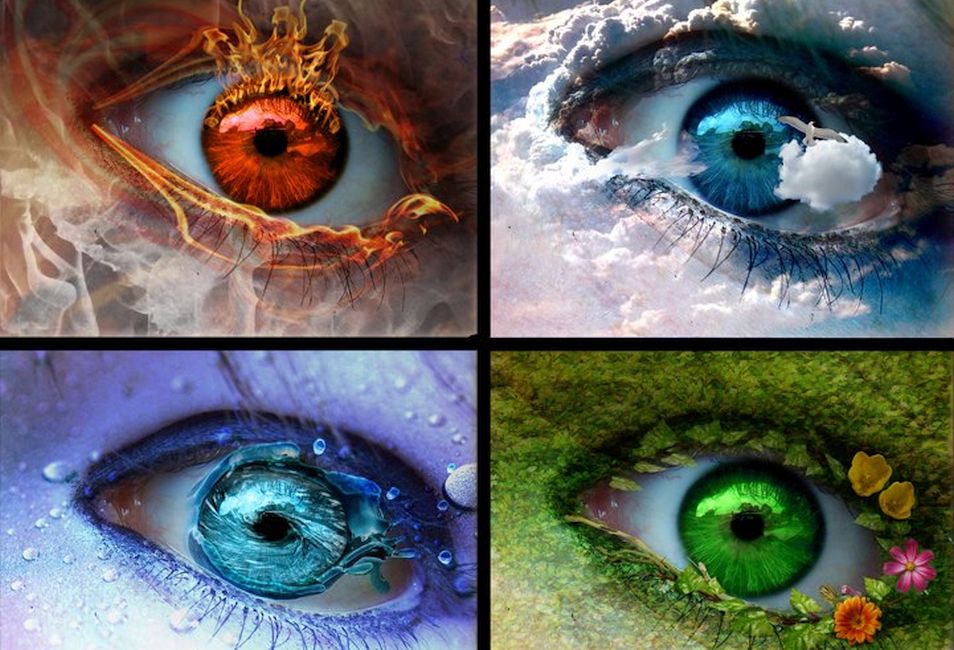 Let’s begin with the four elements that everyone already knows about.

So, we witches cast a circle (or create sacred space) and we “Ward it”. This means that we invoke protective energies in order to hold the space stable and to ward off unwanted entities that might be attracted to the bright between-the-world space that we’ve just created.

Many of us refer to this practice as “Calling the Quarters”. The Quarters refer to the four cardinal directions and each direction represents one of the initial four elements to be invoked. These serve as a protection, yes, but also as a foundation.

Think of them as four pillars…. Or even The Four Pillars: To Know; To Will; To Dare; To Keep Silent. (That could be a whole other article…!)

In addition to protection and foundation, each of the elements brings its own specific energies to help to power the magickal working or ritual.

In any magickal working or witch’s ritual there is a lot of visualization goin on. This is a talent which must be cultivated in order to be successful in your craft.

I have a friend who says that Wicca, in particular, is the religion of chatchkes. He’s right! We witches just loooove our “things”!

(Don’t forget to add crystals, the God and Goddess candle holders, plates and bowls for cakes and libations and general witchy altar decorations). And each of those things represents an element as well, but that is yet ANOTHER article! Believe me, when you’re a witch, you end up with a lot of stuff! 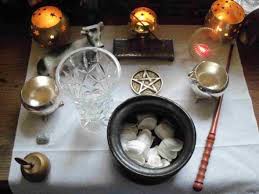 We love all of the stuff! But the truth is that any witch worth her salt can perform a full ritual and/or magickal working without any of that!

It’s all in the visualization.  If you don’t believe that, then I don’t see how you can make magick.

So, in order to work with the elements we visualize them. Some witches envision large guardian humanoid beings or even Archangels. Some have a different animal representing each quarter. 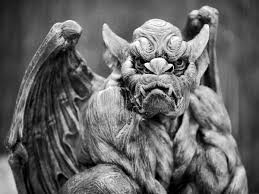 In the four cardinal directions, I visualize Gargoyles, protective forces carved on buildings of old. They tend to resemble this fellow!

Yea… nothing’s getting through that. I frequently wish I had a talent for drawing or painting so that I could show you what they look like in all of their splendor and awesome bigness!  Each one is made of their respective element.

You should choose what works for you!

We invoke them by facing in the appropriate cardinal direction, calling to those energies, guardians, watchtowers or what have you.

We name them, we honor them, we request their presence and we welcome them when they arrive.  As an example, the basic quarter call that I was taught, early on, comes from “A Witch’s Bible” by Janet and Stewart Farrar, and it goes like this:

“Guardians of the Watchtowers of the (direction), Ye Lords of (element), I do summon, stir and call you up, to witness this Rite and to Guard this circle. Hail and Welcome!”

Likewise when we close circle, we recite a similar banishing incantation to release, thank and bid farewell. The exact words used are not important. The intention is what matters.

Most Witches certainly know about the four elements, of Air, Fire, Water and Earth. And many know of the fifth; Spirit. So I’ll be sharing more briefly about these first five since you’ve likely heard about, used and experienced these energies already in your workings.

You’ve likely experienced the 6th as well, but without your conscious awareness.

So, I’m going to spend a bit more time discussing the 6th because you need it, witches!  More to come on that! 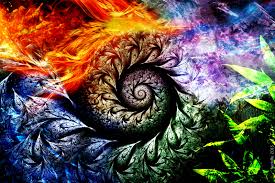 1. The Witch’s Element of Air 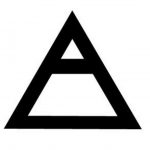 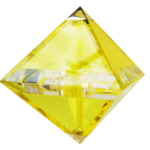 Air moves, carries seeds in its winds and transports things like pollen, spores, even heat.

It can be a light breeze through the trees or gale force winds. Air is the element associated with transmission of information, language, communication, thought, memory, intelligence, bestowing and reception of wisdom and insight.

In our working this will help to bring about our personal understanding of the work at hand. It will open the door for us to receive the teaching of the ritual, because magick, first and foremost, changes the practitioner.

2. The Witch’s Element of Fire 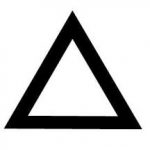 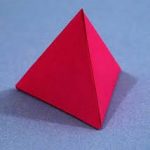 The element of Fire can be likened to the Hindu term “Shakti” or the power to act.

Fire consumes, lights, heats and cooks (think Alchemy and transformation). It represents the passion and drive and determination that get you to your goals. Whatever your working or spell, you will want these energies to be present in order to complete the necessary transformation.

3. The Witch’s Element of Water: 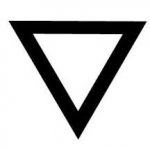 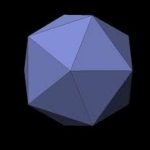 Water flows and moves in tune with its solid surroundings.

It will take the shape of the vessel which holds it. Water can be a drop in a puddle sending out tiny ripples or it can be a grand force that carves canyons. It can be deep or shallow.

Water represents our emotions and our unconscious (that which lies beneath), mystery, inspiration and prophecy. This is a deep well of power for the witch, which is why, when we call water, many of us also call the Lords of Death and Initiation.

The power of Water not only brings an unstoppable force (our unconscious) to the working, but also allows the practitioner to be malleable enough to accept the changes to come without losing herself.

4. The Witch’s Element of Earth: 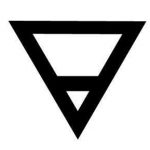 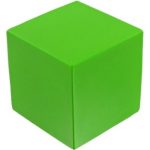 Earth is the element of solidity and all things tangible.

Think of rocks, trees and literal earth. It represents safety and security, stability and things taking shape (think diamonds!). The idea of a spell or magickal working, for the most part, is to bring something out of nothing. So think of the earth element as the Higgs Boson of the craft. It give matter to your intent.

5. The Witch’s Element of Spirit: 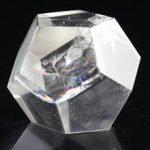 So, within our circle or in a magickal working, we invoke or call upon deity.

In this way we are asking for the cooperation of Spirit in our workings.

We may be working with a particular deity that is appropriate to our desired outcome or simply with “The Universe”. But we are creating and creation is the realm of the gods. Being in the company of other creators, improves our personal power and will for success!

6. The Witch’s Element of Void:

I find it very interesting that a group of people who say they’re all about magick, and who presumably perform magick on a regular basis, I’ve encountered so few of you seem to have an awareness of  (and even fewer still acknowledge in ritual) the sixth element: Void. 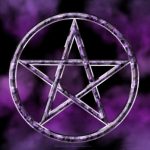 Take a look at this Pentacle. Yes, it has the five points. But you’ll note that the witch’s pentacle is not a solid, 5 pointed star within a circle (that’s more of a Sheriff’s symbol!).

It is a 5 pointed star drawn with open spaces. The straight lines that form it cross over one another and form five negative spaces within the points. Now look at the open or negative space pentagon in the center. What does it represent?  That’s right. Void.

I’ve spoken about our magical workings being a form of creation. And I’ve spoken about the elements lending their energies to bring something (your magickal intent) about.  Well, Void is what we create from. 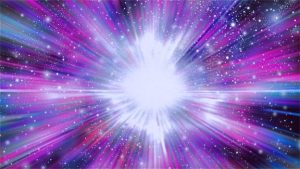 The Big Bang is a great example, because there was literally NOTHING – a dark formless void – and then – there was EVERYTHING.

That dark formless void was the necessary starting point because it is pure potentiality. In the void, anything is possible.

And that is the root of manifestation. It is that liminal place of things to be. It is the proverbial cross-roads, where a decision is made and something comes into being. In physics it’s known as the Implicate Order.

All the magic in the universe dwells in this place and your intention, your goal, your working is pulled from it! And it utilizes all of those other elements with which you’ve surrounded yourself.

I recommend recognizing void in your circles and in your magickal workings. It’s like the gunshot that starts the race. I tend to invoke Void’s energy right after invoking Deity.

There are a number of ways to do that. A simple acknowledgment and awareness of the presence of void is a good start. You can use a black candle or an empty black vessel if you like, as a symbol.

But here’s my favorite invocation. After I call in Deity and before I begin my working, I say,

“I call upon the dark and formless void, the cross-roads of magick. I stand in the place of pure potentiality to which my words and working give form. As I decree it, so mote it be!”

Renée Damoiselle is a Worldly Wise Crone Witch with personal ties to warrior deities. Her “raised eyebrow” style of Truth-Telling enables her clients to face the realities of their challenges and triumphs with confidence and humor (each when necessary). Renée is the Author of the forthcoming book from Red Wheel Weiser publishers entitled, Storytelling Alchemy – Write Your Own Happy Ending.  She offers divination and coaching combining Cartomancy, Reiki, Skrying, Mediumship and a healthy dose of good old common sense. She also offers many workshops and talks and facilitates spiritual retreats. Friend her on Facebook.
Check out this site for all the details on Renee’s Retreats!
For more about Renée, read her blog. 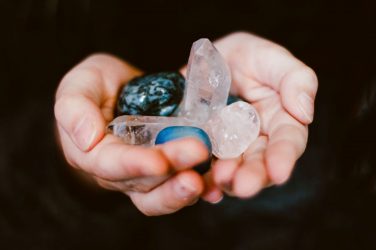 The 10 Best Crystals to Use for Protection

[...] for different types of protection like physical, spiritual, emotional, psychological or psychic – ... 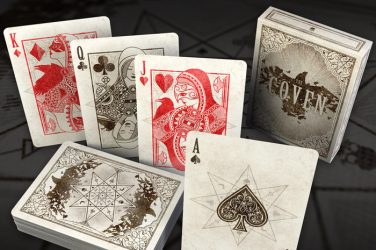 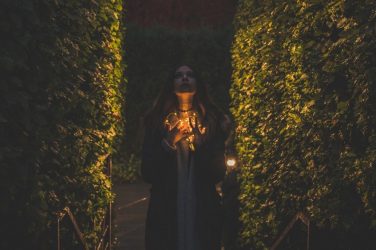 Cunning by Nature: Musings of a Hedge bound Fox Witch

So how do we maintain a devious twinkle in our eye and a constitution ...

WITCH May 15, 2018
0 Shares
WITCH exists to nourish magic in the world through shadow integration and shamelessness done with an awareness of "as within, so without - as above, so below." To write for us and reach an audience of thousands, please send submissions to assistant editor Karolina Boldt at badwitcheseditor@gmail.com.