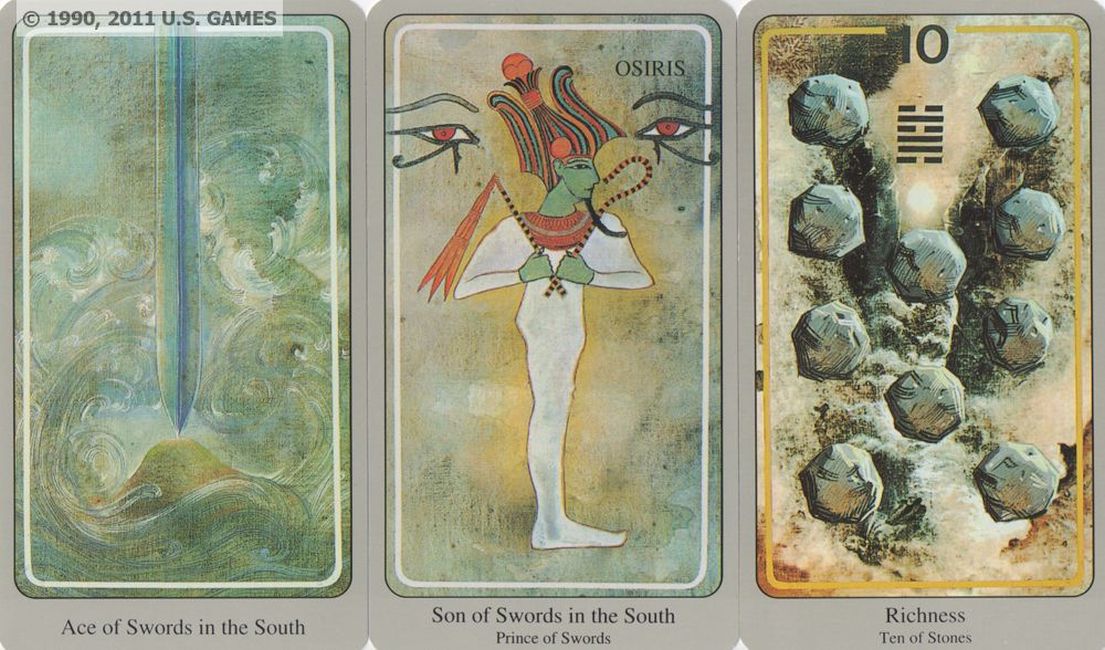 What happens when you are offered the capacity to see into a situation so clearly that something has to change as a result of your new level of perception?

This week’s reading (you can read last week’s reading here) describes a moment when you are able reach for, and grab, the sword of insight by its hilt, and it becomes yours for the wielding.

This may have happened in the near past. It may be happening right now. It may be on the brink of happening.

No matter which one, it raises some questions:

Looking at the cards, I’m arguing the case that there’s going to be change either way. No matter how you look at it, there is a logic and an inevitability to what is drawing to a close. 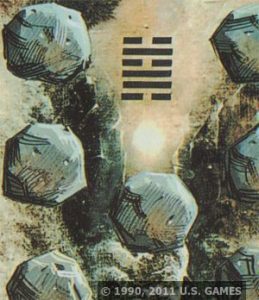 The reason for this is the presence of the Ten of Stones [Pentacles].

If we take the view that the tarot deck represents an archetypal evolutionary journey from spirit (or the non-tangible world) into matter (the tangible world) – with the Minor Arcana reflecting that journey from the least dense suit (Wands), to the most dense suit (Stones) – then the Ten of Stones is the last “doing” card in the tarot deck. (Read more about the theory behind tarot here.)

This means that what has manifested in the material world has come to its full fruition. There is nowhere left for it to go, but to be transformed. It’s harvest time as the Ten of Stones makes way for the implied card coming up next, the Ace of Wands: the creative spark of a new beginning.

Which is all well and good, but in what way can you assist or – better – align with the way the energy wants to move? The answer lies in the card at centre, the Prince of Swords, and its relationship to the card at left, the Ace of Swords. 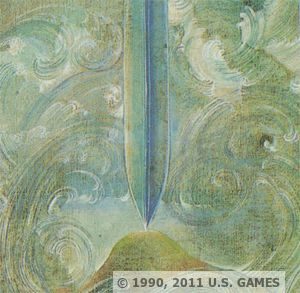 Swords are associated with the mind and everything that emanates from it: thoughts, beliefs, analysis. That “insight” that I wrote about earlier comes in the form of the Ace of Swords, which represents the pure, limitless potential of its suit.

With this card, you have the potential to draw on significant analytical reserves, and to see things clearly – perhaps, in this particular instance, for the first time.

But you have to somehow reach for it: Aces have a “use it or lose it” quality to them.

Apply your mind, apply your powers of analysis, and something is there to meet you half-way with the ability to exercise that analytical muscle to great effect.

(And if you don’t know how, here’s a little inspiration.)

Which brings me to the third question I asked above: “Who will you be, and what aspect of your personality is asking to be expressed?”

You could be fair and detached, working with your powers of perception objectively. You could be entirely subjective, using them for good or for ill.

The hint, though, is in the card at centre: the Prince of Swords, or Osiris. In this particular deck (the Haindl Tarot, by Hermann Haindl), the Prince of Swords is not typical of many of his equivalents in other decks. Here, it’s implied that he is sensitive, gentle, fair, compassionate. 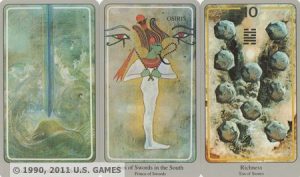 Osiris was also sacrificed by his brother, Set, so this card also suggests tempering compassion with that same insight that is there in the Ace: to know when you are being supported, and when – this is important – you are at risk of being sold down the river.

Your sensitivity is your greatest asset; the cost it exacts is a belief that everyone is as fair as you are. Conversely, notice if sensitivity and compassion are being sacrificed in the name of cutting a deal or bringing something to a close.

Is that someone else, or is it you?

The key to successfully transitioning away from the Ten of Stones – to finding the kind of closure that serves both clarity and fairness so that there is no business left unattended – is by using your significant powers of perception and discernment in the service of something that transcends the individual.

Because this isn’t just about you. There are reverberations through the archetypal world that are humming in sync with what is reverberating in your life, and vice versa.

I’m going to get a little preachy on your ass when I point out to you that your greatest weapon is not a physical blade; it’s the application of your mind to how best to close one door, and to open another. 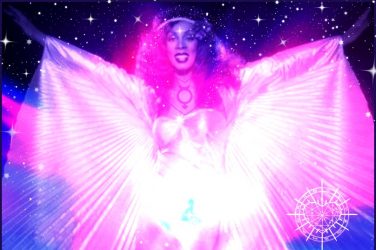 For this three week period, let the quality of time matter much more than ... 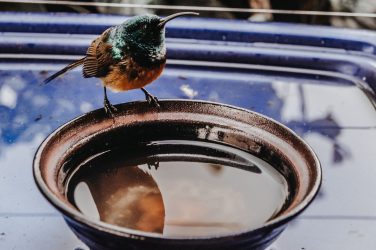 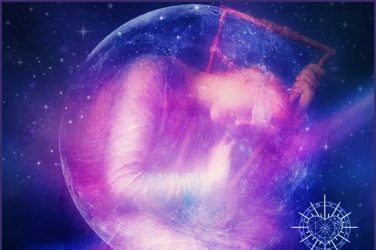 Aeolian Heart July 7, 2017
0 Shares
WITCH exists to nourish magic in the world through shadow integration and shamelessness done with an awareness of "as within, so without - as above, so below." To write for us and reach an audience of thousands, please send submissions to assistant editor Karolina Boldt at badwitcheseditor@gmail.com.