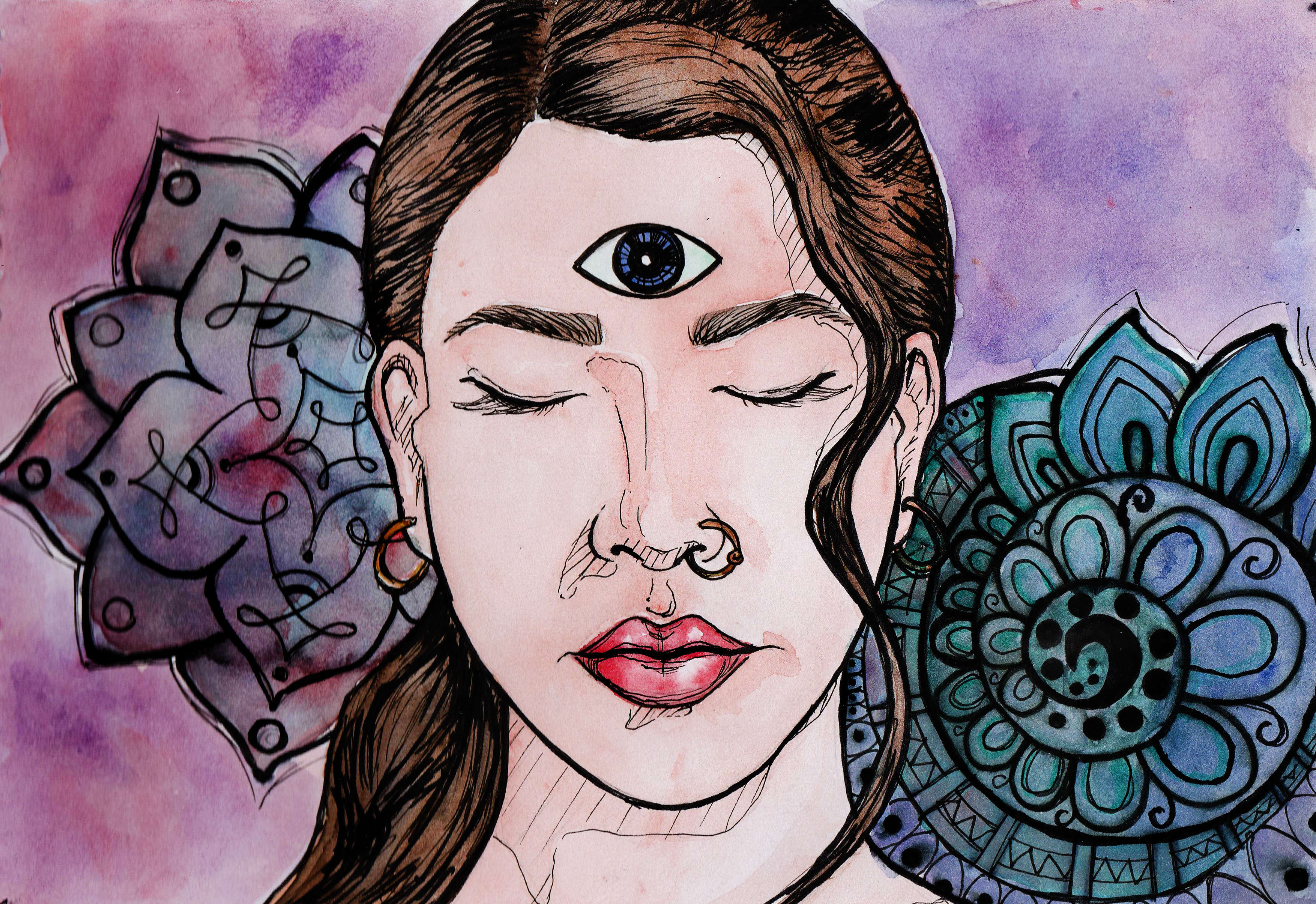 [Note: this is an essay by the founder of WITCH, Carolyn Elliott].

In my several years of working with magical people … I’ve noticed we tend to wrestle with similar problems.

I figured I’d take some time to speak to those today, in case any of you regular readers could use a pep talk.

1. Getting obsessed with unrequited love

Is healthy, requited love especially inviting to such occupations?

No, not really. It’s far too crowded with normal gross human stuff like actual relating and intimacy.

But being obsessed with an unrequited love… now that provides ample opportunities for all such favorite activities!

I’ve spent plenty of hours fantasizing about people who wanted nothing to do with me, meditating on our synastry charts, pulling Tarot cards and pondering the hidden meaning of something that they said to me that one time.

If you’ve ever uttered the words “Twin Flame,” you’ve likely been in these murky waters.

(Fun yet unpopular fact: the whole notion of “Twin Flames” comes out of a part of Plato’s Symposium that’s narrated by Aristophanes, a comedian famous for his plays that involved people fucking donkeys…

… in other words, Twin Flames, in their original context, were seen as a bit of a crude joke).

So, if this is something you struggle with – know that it’s a natural side-effect of being an intuitive and imaginative person.

You’re not alone, or especially unique in doing this.

In fact, as a hobby it’s very absorbing and pretty much top-notch.

Downside is: it tends to keep you from being open to gross human stuff like actual relating and intimacy.

The only remedy I know for this affliction when it’s acute is to go full-throttle in one’s pursuit of the unrequited love object.

In other words, don’t be quiet, don’t be shy – sing it from the roof-tops. Take out advertisements in the newspapers.

The resultant cold sting of humiliation is likely to wake you up out of your trance.

…. to the hard work of being in real, reciprocal relationships with people who are not idealized fantasies.

The seams of history do burst with foul injustices of all sorts, and injustices against magic people and witches abound.

Even aside from historical travesties, plenty of magical people experienced abuse in their childhoods.

I certainly did, and pretty much every magical person I know (except a lucky handful) also did.

It’s very important to recognize, grieve, get angry about, and seek healing for one’s hurts. And to know that the healing process can be long.

It’s a whole other thing to dwell on one’s hurts constantly, to feel perpetually resentful towards the world, to feel owed, to see betrayers everywhere, and to cling to a whole identity built around being-more-oppressed-or-abused-than-thou.

Simply put, the first mode is magically efficacious and the second is not. I know this from first-hand experience.

In other words, the first route will lead to things in your life getting way better while the second will just perpetuate the same stinky state of affairs, while also managing to attract around you a whole set of friends and lovers who also see themselves as victims….

… and alas, people who see themselves primarily as victims tend to feel totally justified in harming others, sooooo, there’s that.

In other words, there’s a certain kind of exultant righteousness in identifying as a victim, tenderly caressing one’s proud list of wounds.

That exultant righteousness is then all you get.

It’s maybe not fair… but it is just true that you get happenings that mean more of the same meaning that you ascribe to your life’s events.

Why? because magic and synchronicity work on an engine of meaning.

This is why forgiveness is such a magically powerful practice:

3. Feeling alienated from their own magic

In a world of day jobs and sinks full of dirty dishes, it’s very hard to feel “magical” all of the time. Even most of the time.

So then you go on Instagram for some inspo and find yourself despairing even more because your crystal collection just ain’t that great, plus your house is messy and not “gleaming L.A. witch chic”…

… plus when you go hang out in cemeteries under epic old trees you know you look way more like an ordinary mourner than a supernaturally-glowing Stevie Nicks with en pointe make-up circa 1975.

Your potency as a magician doesn’t hinge on whether or not you feel or look magical; rather, it has everything to do with how willing you are to just keep putting yourself in hot, unknown waters.

Hard as it is to believe sometimes, everyone has magic in them, and we’re all magically shaping our worlds all of them time –

… it’s just that most people do very boring magic, over and over again.

… and thus they re-create the same sad boring results for themselves, day after day, year after year.

What makes us witches unique is that we’re willing to actively take responsibility for our magic, opening ourselves again and again to do deep work with the unknown.

So if you’re feeling a bit numb and alienated from your own magic, don’t bother obsessing about your crystal collection or interior decorating … (unless that’s just irresistibly super-fun for you)…

… instead, give yourself a genuine jolt of the unknown.

Try one of these:

Go make a pact with a spirit at a crossroads at midnight – suggestion: offer something in exchange for the spirit’s services other than your eternal soul – like praise, artwork, or liquor

Start taking a legal visionary tea each night like Mugwort or Calea Zacatechichi and see what happens (these are strong plants, research any contra-indications with your health conditions or medications)

Use active imagination / journeying to start a dialogue with a dead great magician.  Aleister Crowley is a perennial popular choice, but Dion Fortune or Jack Parsons would probably a lot friendlier.

…. whatever you do, try something outside your comfort zone that actually scares you a bit.

It’s the fastest route to magical up-leveling that I know.

P.S.: If this essay resonates with you, we invite you to go ahead and join our email list using the forms on this site.  We’ll send you awesome free resources and thought-provoking essays –

— plus you’ll get notified first when our wildly popular, limited-space courses on magic, astrology, plant medicine and more open for registration.

Extract: Queen of Sea and Stars

5 Essential Keys To A More Magical Relationship with Cannabis 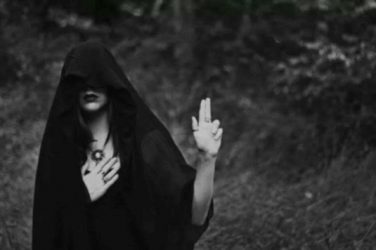 THE SORCERESS – CLAIM YOUR SEXY PRIMORDIAL SELF

Some of us have no desire to do glittery dances in white dresses with ... 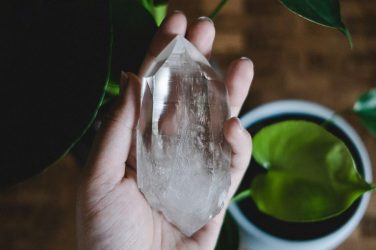 The Rich Witch: 3 Tips To Earn More Without Working More

Lots of energy = lots of money, opportunities, and ideas. 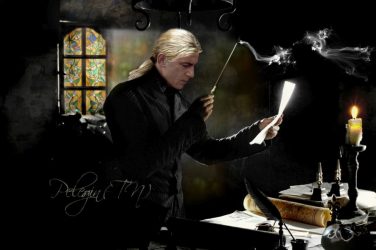 MAKING MAGIC MY OWN – HOW I BECAME A REAL MAGICIAN

I took what I knew, and inspired by an idea, I decided to create ...

WITCH April 26, 2016
1 comments 0 Shares
WITCH exists to nourish magic in the world through shadow integration and shamelessness done with an awareness of "as within, so without - as above, so below." To write for us and reach an audience of thousands, please send submissions to assistant editor Karolina Boldt at badwitcheseditor@gmail.com.