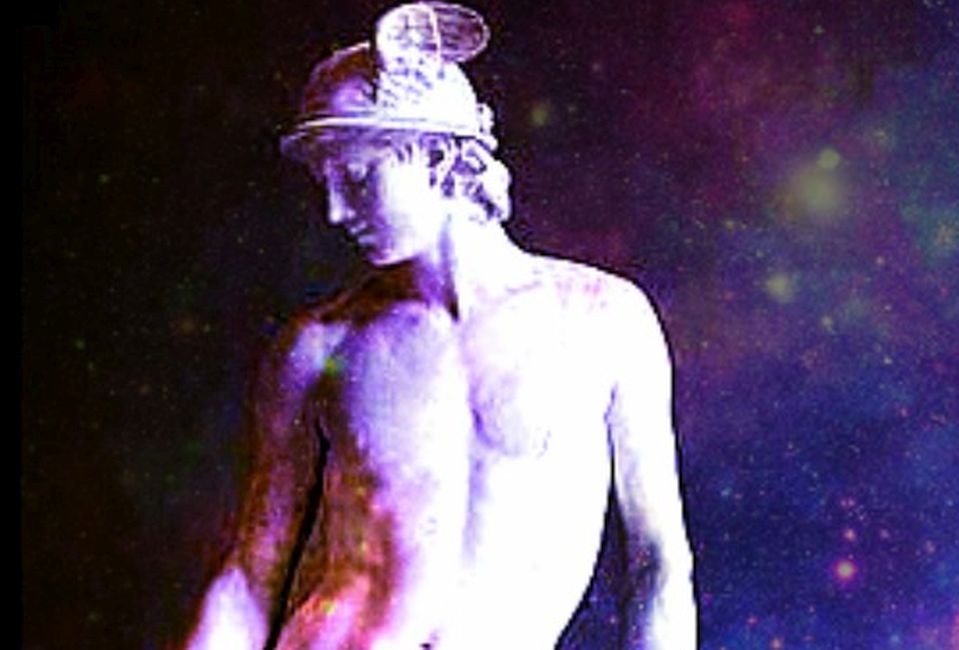 The human imagination works in tandem with language to create the vision of reality that you perceive as your “known world”.

The limits of this known world, as Wittgenstein stated, are found on the frayed edges of your symbolic intelligence.

This means that your consciousness can only evolve as fast as your language can. They work in tandem to propel each other forward.

Mercury (the planet associated with intelligence, language, and media) will be retrograding from Aquarius back into the sign of Capricorn, offering a chance for you to experience the metaphysical harmony between thought and reality in a deeper more profound way, ultimately pushing the boundaries of your language into as yet unknown territories.

Therefore, despite the superstitious reputation that surrounds Mercury retrogrades, these periods are a time to expand your mind and evolve your perceptions of reality.

This Mercury retrograde lasts for 20 days from January 5th – 25th, 2016. Capricorn, the cardinal earth sign, is characterised by the human qualities of sobriety, ambition and tenacity.

Its zodiacal symbol, the goat, is one that demonstrates the innate desire to climb to the highest peaks of the surrounding terrain, finding the best vantage point from which to envision the world in all its majesty. Mercury in Capricorn is all about the Big Picture!

During Mercury’s retrograde into Capricorn, the intellect will become very powerful, but its expressions may seem sober and subdued. This is not a time for showing off your wits, but is instead a time to rid your mind of any frivolous impulses and redundant speech which might prevent you from ascending to the summit of your ambitions.

For the next three weeks, take up a study or practice of something that you normally find to be difficult and take note of how much endurance you have.

This retrograde officially begins on Tuesday, January 5th, when Mercury stations retrograde in the first degree of Aquarius: the sign of the divine intermediary (shaman, witch, artist) who lives in between worlds exploring the farthest frontiers of human knowledge.

On this day, just as Mercury alights upon the Aquarian shores of exiled genius, he squares Mars in Scorpio. In the midst of the aggression that is aroused by this aspect, you may encounter a sudden explosion of competition in yourself or in those around you. For good or ill, there will be explorations of how power is played with in relationships, government, and economy. It is essential that you speak carefully and tread lightly in situations where you might endanger your status.

With the heat of battle still in his veins, Mercury’s retrograde journey into Capricorn on January 8th has even more titanic confrontations in store. By the third week of the month, he will square Uranus (January 20) and then finally conjunct Pluto (January 22).

In a psychological sense, this Mercury retrograde may include the disquieting feeling of being photographed in high definition, very close-up. As the lens of deep perception looms, you know that every imperfection is going to show itself.

Know that this discomfort is the best catalyst for inspiring you to reach for higher consciousness. As your language changes, it will lead you into a new world of imagination.

The benefits of this retrograde are that you may suddenly find a way in which to change your situation for the better, especially around the New Moon in Capricorn on Saturday, January 9th.

This first New Moon of the year is a brilliant time to declare that you will be victorious in all your endeavors!

This union of the Capricorn Sun with the Moon, a few degrees from Pluto in Capricorn squaring Uranus in Aries represents such a potent formation that it might summon a new era that is almost mythological in its impact on your life’s narrative.

Suffice it to say that on a human level, there will be some internal and external challenges in your experience that will demand all of your integrity. As a trickster god, it is Mercury’s intention to teach you, come hell or high water, what the difference between lip-service and honesty is.

What do you really want out of life?

Many will perceive that communication is breaking down because semantics and sophistry are of little use during this time. Those forms of language are confining and suffocating prisons for the mind.

During Mercury retrograde in Capricorn, you will not be afforded all the familiar hiding places under polite speech patterns and pleasantries. Instead, you will be forced to remain wide awake, blazing new neural pathways with the white hot passion of your thoughts and feelings.

Your desire for power, if long repressed, may overwhelm you. And your desire for healing too might catalyze an astonishing transformation in your life that puts you back in touch with a sense of authority and empowerment.

During these weeks, you will experience a shift in your consciousness pertaining to sovereignty.  Suffice it to say that this time will pull you into a dimension where you will be required to bring your consciousness up to a new level, lest you find yourself bound up in ideological entanglements.

“People are deeply imbedded in philosophical, i.e., grammatical confusions. And to free them presupposes pulling them out of the immensely manifold connections they are caught up in.”

As Mercury retrogrades, know that it is not to sabotage all you are trying to accomplish. Rather, this is Mercury’s time to modulate the key of his hypnogogic song so that you will become more receptive to your primal creative power.

In Capricorn, Mercury’s retrograde will allow you to carefully sort through your thoughts about your own sovereignty as a divine creator of thoughts and deeds. This encourages subconscious material to rise to the surface of your conscious mind, which eventually softens your resistance to change.

All the break-downs, the miscommunications, and the strangeness of a Mercury retrograde are meant to pull you out of “the immensely manifold connections [that you] are caught up in.”

You were born to be free. 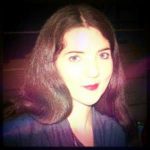 Aeolian Heart is a tarot reader and astrologer living in Los Angeles. She holds degrees in cultural anthropology, humanities, and is certified to teach literature. Divination, writing, and consulting are her favorite past-times. You can visit her on her website, Aeolian Heart Readings.

THAT GLINT IN YOUR EYES – MAGIC, POWER, MISCHIEF 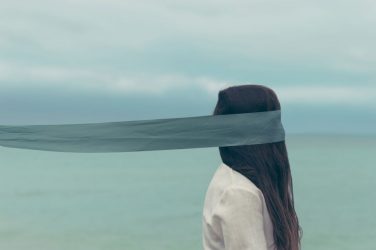 3 SIGNS YOUR GHOSTS ARE NOT GONE

You have felt haunted for some time, it’s part of the exhaustion you feel ... 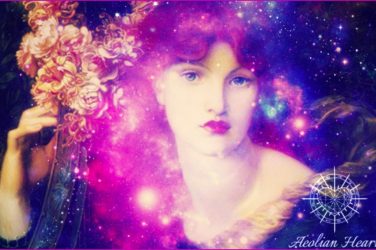 It is Venus who fills you with the longing to transcend the struggle of ... 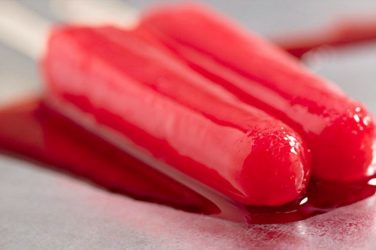 Healing the Evil Queen Archetype with the Divine Holy Mother

Healing the Evil Queen/Jealous Stepmom archetype is not an easy task and it's something ...

WITCH July 26, 2017
0 Shares
WITCH exists to nourish magic in the world through shadow integration and shamelessness done with an awareness of "as within, so without - as above, so below." To write for us and reach an audience of thousands, please send submissions to assistant editor Karolina Boldt at badwitcheseditor@gmail.com.