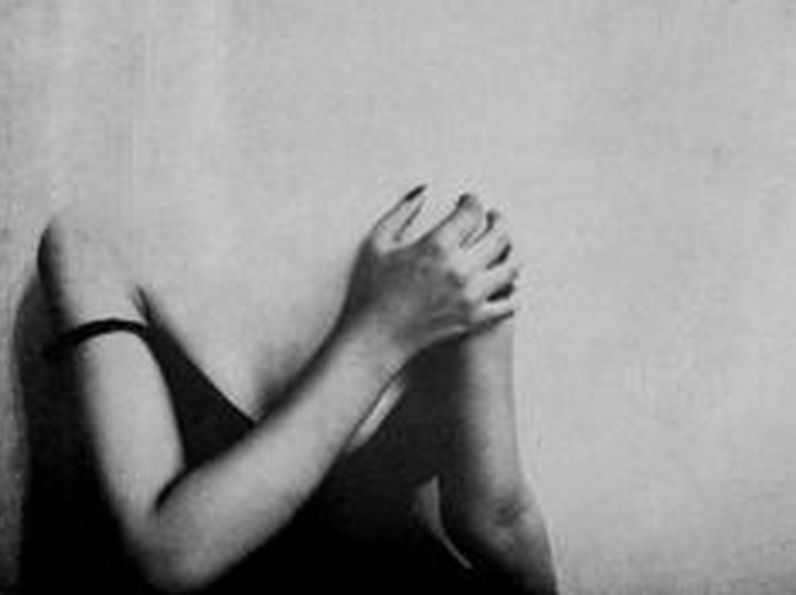 by Victoria B. Wikler

I have been abrasively invited into my own psychic path; force fed, actually. It is beyond the point of no return.

My welcoming home into a realm in which my soul has lived but has not yet spoken. I have been thrown into the air, where all laws of motion are suspended. I roll head over heals in euphoria, turning and turning with nowhere to fall to or from.

I shall call this home and leave behind my false prophecies, my weekly subscription to the New York Times, and some of my most treasured childhood relationships; I dry hump this initiation like lovesick puppy to a leg.

Yes, being invited to step into your full power is that delicious.

Sometimes I would lay in bed for days homesick for a place I’d never been. Truly, I made up every clinical and environmental excuse for this feeling.

Severe depression, stagnant friends, authority problems, a change in weather patterns, not enough sleep, too much sleep, never following my dreams (even though I was constantly dreaming)- all of which were only small parts of my greater problem.

The problem was that I made myself constantly available and visible to the practical world while keeping a much more magical and severely decadent place tucked tightly behind my breastplate to binge eat in secret when I wanted to disappear.

Disappearing is extraordinarily important for the mystical person. 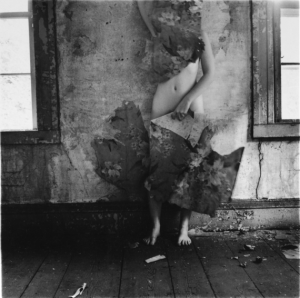 In fact, we can’t help but to be reborn in every moment, it’s just inevitable. The art of disappearing allows you to dive deeper into your inner most shadowed self.

You’re actually showing up for your own self-government and leaving a “gone fishing” sign on the front door of your apartment in Queens. The important and most sacred things in your life will be there when you come back.

However, our attachment to self-doubt will turn this necessary tool into a crutch. That voice in your head that says, “Who do you think you are to just opt out of life?” or “People need you, if you leave say bye-bye to all of the appreciation you’ve worked so hard for.”

When you fear your own power it will stop you from accessing this tool in an integrated way and leave a pristine, resentful shell of a person behind for your loved ones to snack on.

Let’s talk about how I became addicted to keeping my power a secret, and how I reduced my greatest self to being a backdoor bitch to my ego.

I created a room at the top of a massive tower to lock my power in; to keep it safe, virgin, and secret.

It is a place that accommodates the flesh by matching its temperature, a feeling of seamlessness between the atmosphere and my own endings. The feeling of leaving reality for this tower (sometimes for days) is beyond perfect.

In fact, that as I am laying on my back paddling through the thick, empty space I become unaware that my fingernails have just been lifted from their comfy beds. I am stretching at a timeless rate and my joints are being sexily slipped from their suddenly impermanent places.

Each hair is plucked from the follicle, and as I am feeling the profound comfort of the psychic realm, I do not realize that my physical body is turning into spatial debris behind me.

My equipment; wings, outer lining, nuts and bolts- the walls holding the body where my soul sleeps- are being left behind, orbiting around until they soon smash into microscopic pieces, falling and fertilizing the earth below. As the tarot goes, everyone falls from the tower at some point.

Now, the first few times the crash wasn’t so bad. At least not bad enough to cast any kind of doom over my exulting experience.

But then.. Getting there became harder and harder. My time there became shorter. I started to become resentful of the life I was leading back “home.” Then, I became obsessed with avoiding this feeling of psychic loss.

What I was really doing, behind the excuses, was jumping into other worlds at will when things got too hard.

I was abusing my own power by using it to disassociate from the too tactile too difficult too protected life that I felt was walking all over me; and I was living a complete lie.

Indulging in myself was a gift that I was not yet ready to slip my lips around.

I kept my mouth shut and felt deeply isolated, which I made sure to cover up with fake extroverted outbursts of drug use, over-achievement, and mini-moming my peers.

Then, when I became too bright, when I felt too needed, when I got too far away from my cushy psychic fix; I would find that metaphysical place, and disappear, again.

I would take short trips to euphoric, psychic realities, and feel my baby knees scrape to the bone once I came crashing home.

I made up for my absence by smothering those I left behind with seemingly selfless gestures like making elaborate family dinners with money I didn’t have and playing therapist until I replaced sleep with reciprocation. 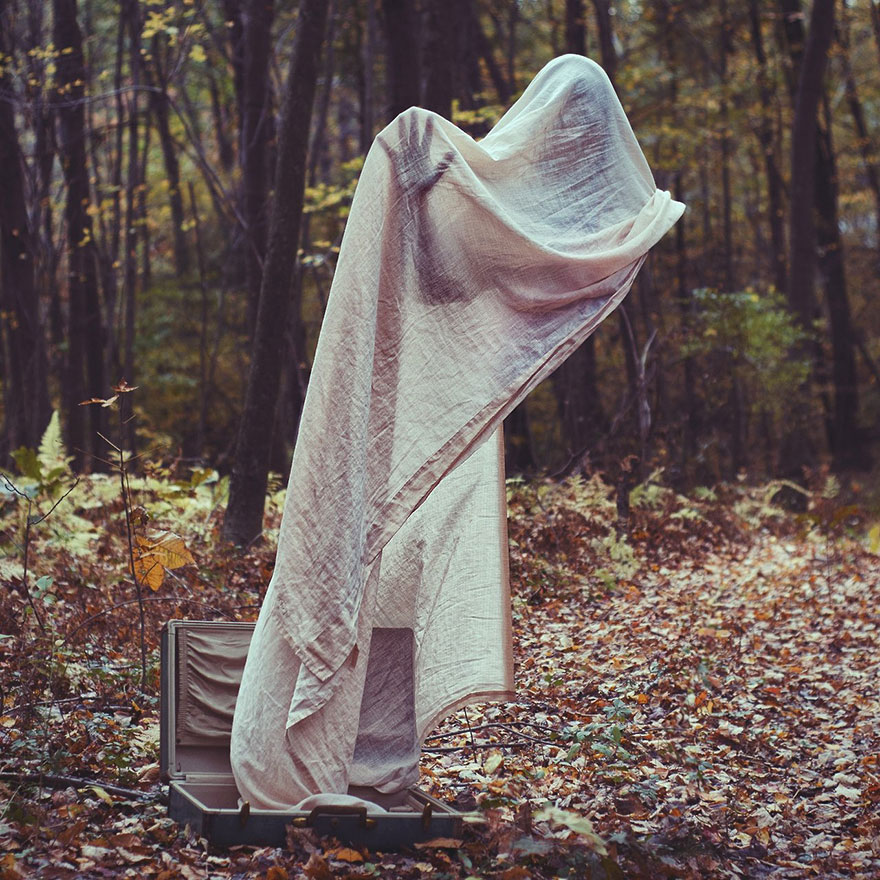 I started seeing through everything and everyone uncontrollably.

If my peers were hiding traumatic baggage, I saw it like a film in my head without their consent to see it.

If someone in my immediate circle was being manipulative, I couldn’t unhear the sounds of their ancestors lagging behind the tone of their voice.

I felt evil. My powerful intuition and my empathy started to violently dance in an on-going argument with each other.

I started keeping so many secrets that I actually got sick and sometimes couldn’t physically speak at all.

Still, I said and did nothing except perform a false sense of self over and over until I even started tricking myself.
I rarely left my home. I started apologizing a lot.

I can still feel that egg shaped pain in my throat that would come before every apology. My friends called me Mrs. Dalloway, which I playfully answered to until Ms. Woolf’s self-conscious and people pleasing protagonist became me.

I spent all of my money on others. My havingness levels were fatally low.

I was horribly afraid that if I truly loved myself I would abandon others.

Just when it felt like I was choking on overwhelm that secret place would come slithering into my room, under my covers, up my skirt and into my mouth like thick opium in the humidity of summer.

I would sink until my ex-partner could no longer recognize the tone of my voice.

Going on those secret magical excursions, were the only thing keeping me alive.

At this point they were becoming less and less accessible and I was afraid I might die without them.

Then, when I had no secret place to run away to, when my abusive relationship became unacceptable, when I couldn’t stop seeing the trauma surrounding me, and when I could no longer bare to lie anymore; I disappeared.

Not like before. I recognized that before this, I had never really disappeared.

I would just stay put reducing to a depressive blob in my room while my spirit did backflips off of the high-dive like a psychotic metaphysical ninja.

This time I, with my feet planted firmly on the ground, physically succeeded in disappearing from the life I created.

I deleted all forms of social media. I turned off my phone. I left my job. I dropped out of school.

I became extremely poor. I had no home. I allowed all of my relationships to fail, I freefell into the deepest and darkest parts of myself.

Here is a short list of what happened almost immediately after:

1. My old friends disowned me and made sure I carried a scarlet letter of what they thought I had done. Words like “suicidal” “delusional” “crazy” “abandon” were used to describe me
2. I went on a short cocaine binge and tried to be someone I quickly realized I didn’t like
3. I unexpectedly fell into a love with a person who has a healthy love for their self
4. I jumped on a plane to Ireland and met new, life-long friends, and embarked on a profound and unexpected spiritual shake of a journey (if you need to destroy your destructive ego, hang out with faeries and follow a Celtic shaman around for a month and a half.)
5. I became a full time practitioner and started facilitating moon circles
6. I became a full spectrum, badass doula
7. I started getting everything I asked for, good and bad
8. I stopped apologizing and started taking responsibility
9. I stepped into my full, sovereign, delicious power 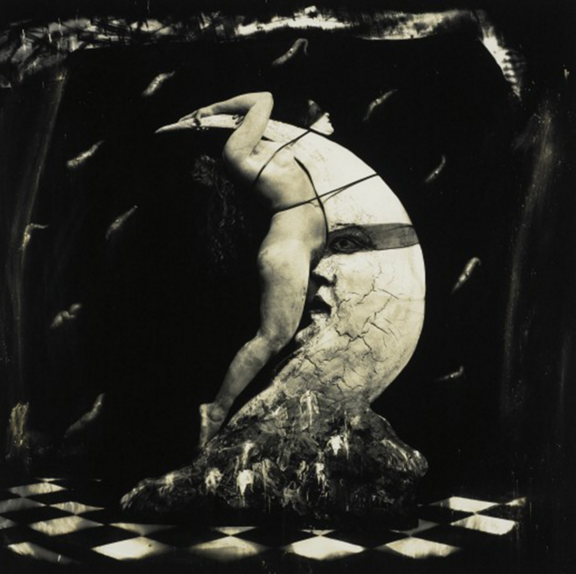 I became comforted and supported by the womb of my own death and rebirth and came face to face with my own goddess.

It had never occurred to me, that my addiction to realm hopping was actually laying out a pathway to my most unapologetic and true self.

Disappearing threw me over a threshold that allowed me to see through the (very patriarchal) plastic film of protection, and step into the sacred feminine power of sight.

I never have to face the heartbreaking crash of that metaphysical addiction again, because that beautiful euphoric “place” that I was so dependent on, brought me under and above a monstrous wave that could have ended my life.

Sometimes, we need to take the time to truly disappear.

There is a small civilization of knowledge living inside of me that I can fully acknowledge with arms wide open.

They are debating and challenging my iniquities.

They stomp all over each other trying to make their way to my mouth, holding onto my wisdom teeth which are still imbedded in my gums, and using them as a sore, slippery podium to speak upon.

We all have this. It is your job as the host body to transcribe their needs and knowing into a language that we can all understand while holding safe and sacred space for them to live.

Furthermore, it your job as a mystical person in their full power to communicate that language to as many receptive beings as possible. In order to honor that role, you must disappear.

The ones who really love you will honor you too and give you a supportive space to fall back into.

It is now that I stand firmly on the ground, where those vibrant little beings can dance their way out of me scream-singing in native tongues of praise and freedom. 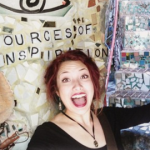 Victoria B. Wikler (VBEAR) is an artist, a tarot consultant, an empathic psychic practitioner, and a radical doula in training. Indefinitely but currently residing in the woods of Ottsville, Pennsylvania she is the founder of S.H.E. Women: Sacred Havingness Exposed, and S.H.E. Moon Circles, which you can find on Facebook. For all kinds of art making, information on her witchy services, doula ranting, and soulful madness you can find her on Instagram at thewestwitch. 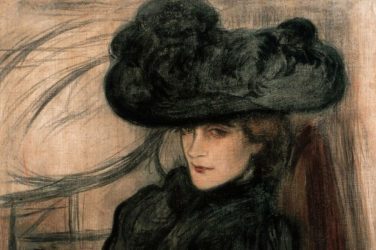 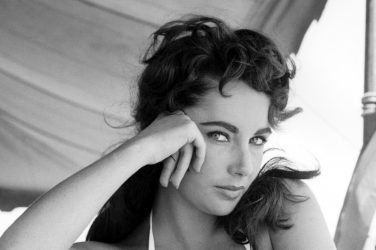 Many, many more people are witches than the ones who happen to already consciously, ... 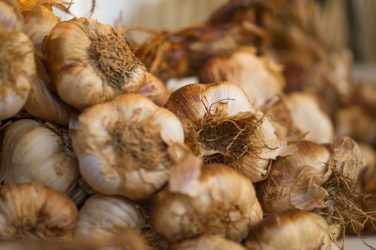 Garlic is often used for invoking healing, courage, and strength.

WITCH September 11, 2018
0 Shares
WITCH exists to nourish magic in the world through shadow integration and shamelessness done with an awareness of "as within, so without - as above, so below." To write for us and reach an audience of thousands, please send submissions to assistant editor Karolina Boldt at badwitcheseditor@gmail.com.