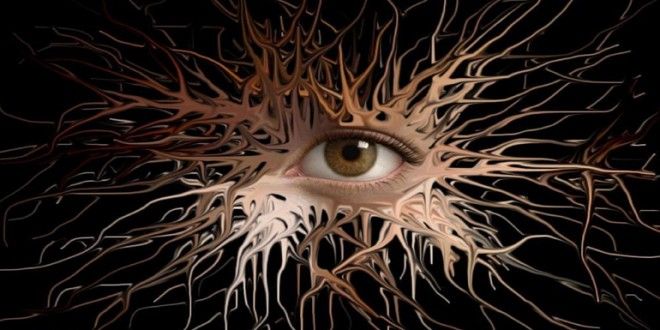 All of us have powers of intuition which we can tune into. Have you ever wondered though if you are truly psychic?

Of course, not every little thing that happens constitutes proof that you are highly intuitive. There are certain things though, especially if they happen more than once or twice which are signs that you just might be more psychic than you think.

Questioning yourself or someone else who claims to be psychic makes sense, because there are many out there making false claims. If you think that you are psychic, or you simply wish to hone your intuition, please do not allow your fear to keep you from being who you are. There’s a lot of stigma about psychics and magical people still running amok in the world.

It’s a sad realization that so many people are denying themselves the opportunity to use the gifts which they were given. While we still have a long way to go, there is a good bit more openness to what was once labeled delusional.

One of the best ways to begin to work with your abilities is to spend some time with yourself. It is difficult to learn how to listen to your intuition and how to interpret your own intuitive language if you do not give yourself some space. It is always nice to talk to others who share an enhanced intuition, so that you don’t feel so alone and even to share tips.

First and foremost however, you have to allow yourself to find out what works for you, because what works for someone else or their particular symbolic language might not work for you at all.

Remember that as you go along. Many people have given up on their development because they felt as though they were going about it wrong, when in fact they hadn’t given themselves a chance to figure out what was right for them.

Below are 7 signs which can help you to determine if you are psychic: 1. You are somewhere, perhaps a party, having a great time. All of a sudden you just have to get out of there!

In the next day or so, you talk to someone else who was there. They inform you that there had been a nasty disagreement or even a fight, not long after you left.

You were able to sense in your gut that this was no longer a desirable place to be. It might take a while to find out that this is what is happening, because you might not hear about what happened at a place after you left each and every time.

It is easy to tell yourself that you are being paranoid or weird, but learn to trust your instincts.

2. Someone keeps popping into your mind, and they either call or you run into them that day.

This is a common sign of psychic sensitivity. If this happens to you a lot, please don’t chalk it up to coincidence. It means that you are in tune with your life and the world around you.

Since this is one of the signs which is fairly simple, it is often one which people are most comfortable allowing themselves to explore initially.

3. You buy things that you don’t even want, but have to have.

No, this isn’t referring to compulsive spending. This is an urge that happens from time to time.

You see something in the store and even though it doesn’t mean anything to you, it’s almost like you can’t control yourself…you have to get it.

At some point, either a friend or someone else says something about needing or really wanting the thing that you just had to buy. They do not know that you have it. Perhaps it isn’t as obvious as the person telling you about it.

Something in you just knows that you need to give it to that person, so you do, and they love it. Coincidence? Nope. You bought it for them in the first place.

4. You’re on the way to work or somewhere else you go regularly, and at the last minute you decide to take a different route.

That evening, you either turn on the news or are talking to someone and find out that there was a bad accident on your normal route when you would have been traveling it. Perhaps it was something else, such as a long traffic jam.

No matter what the case, you avoided something which would have been at the least annoying or at the worst potentially fatal. 5. You get nagging feelings that you need to call someone. No matter how busy you are, the feeling will not leave.

As soon as possible you pick up the phone and call, only to find out that something major has happened in their life, either good or bad. It could simply be that they were having a really rough day and had been wishing for someone to talk to.

6. Even though someone seems great, your gut tells you to steer clear of them.

This one happens a good bit, and is easy to ignore. You may have been taught not to make snap judgments about people or that everyone deserves a chance.

How many times have you ignored or talked yourself out of a feeling like this, only to find out later that you were right in the first place? This particular sign might take also take a while to be validated, if at all. The important thing is to remember that your instincts are very reliable.

It is so important to understand that not everyone you encounter needs to have a ringside seat in your life.

The dreams do not have to be exact to be accurate. It could be that parts of the dream, such as people or places are familiar, while what goes on with or around them are symbolic.

An example would be that you dream about a friend and as you are having a conversation with them, a snake crawls across your foot. Some people love snakes, but just pretend for this example that you don’t. To you snakes are things to be feared and not trusted.

A few weeks later, you find out that the person that you thought was your friend was the one spreading the negative rumors about you at work.

Dream language can take some time to figure out. Be patient with yourself and remember that they aren’t always meant to be taken literally.

Tracy Moore is a woman with a lifelong love of all things creative who wears many hats including artist, poet, and writer. She is also a gifted intuitive who uses many different tools to assist others in healing themselves from the inside out and to tap into their personal power. Even though she has a dark and mysterious side, when things get too heavy she channels her inner pixie and brightens the room by filling the air with glitter and laughter.
You can check out her website, Pull Up A Toadstool, where she posts a little bit of everything; ranging from short articles encouraging people to tap into their personal power, mini-workshops on subjects such as meditation and crystals, poetry, fiction, some of her artwork, and information on getting a reading or intuitive services. 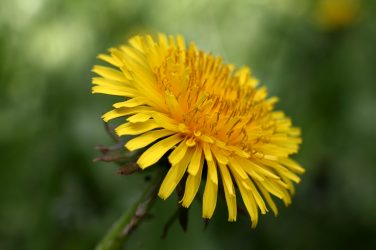 This little plant holds the power of intentional and incremental transformation. 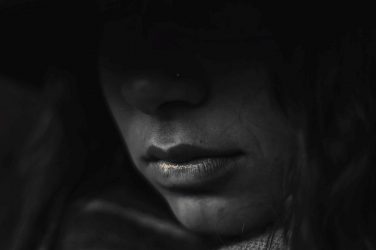 BURNING AND BIRTHING IN THE CAULDRON: Losing and Rediscovering my Spirituality through Pain

Death feeds the cauldron so that life can continue. 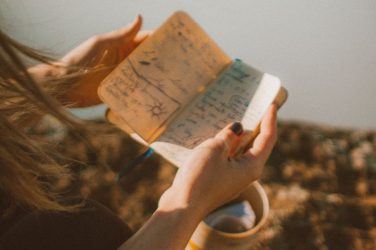 WITCH November 7, 2018
0 Shares
WITCH exists to nourish magic in the world through shadow integration and shamelessness done with an awareness of "as within, so without - as above, so below." To write for us and reach an audience of thousands, please send submissions to assistant editor Karolina Boldt at badwitcheseditor@gmail.com.