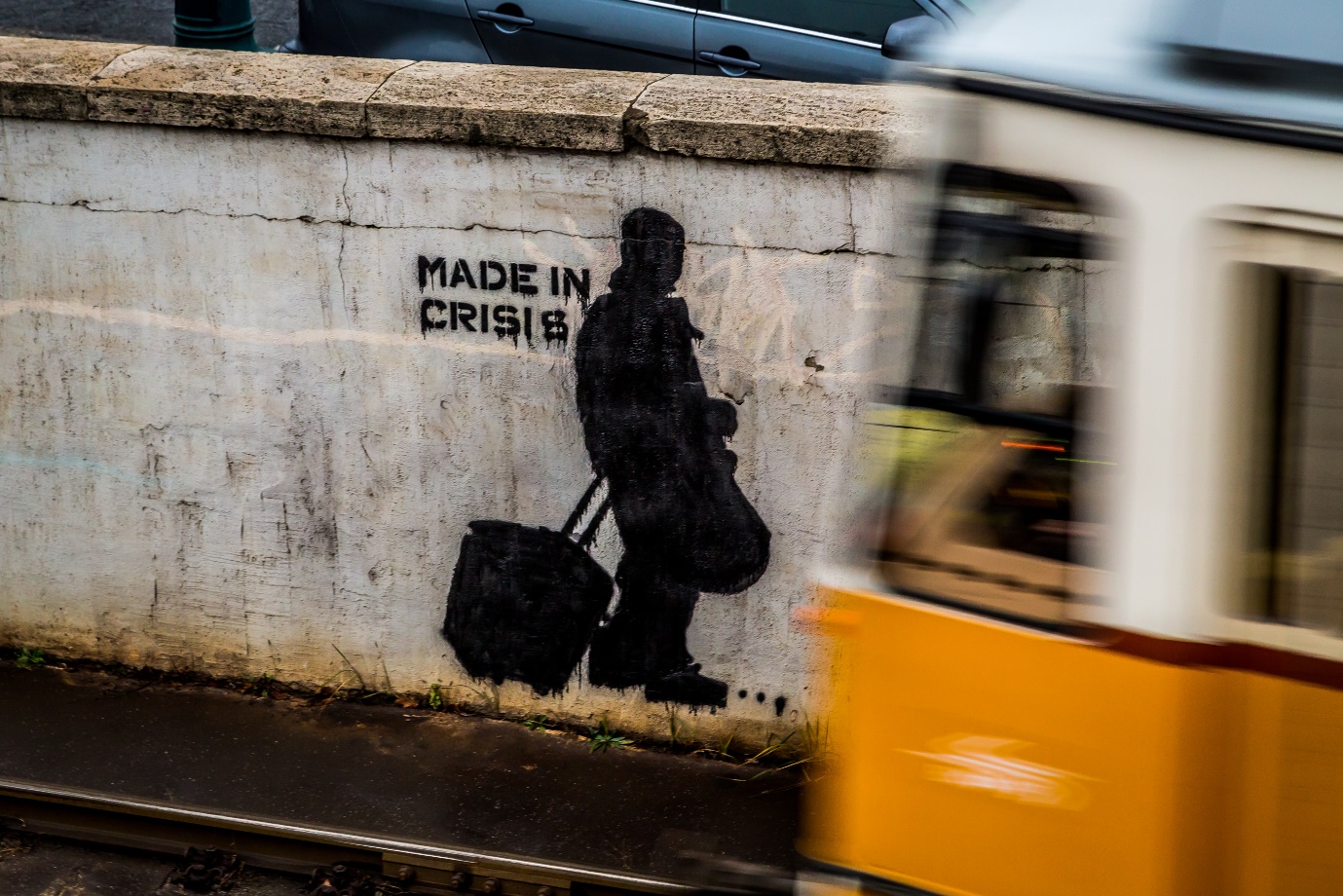 Despair is the necessary prerequisite for the next degree of consciousness. That’s absolutely a prerequisite” – Ram Dass

When I attended a talk last year by a shamanic practitioner sharing his experience of mental illness symptoms sometimes being indicative of a kind of (painful) awakening to one’s true self, I wrote about it for my own blog then decided to submit a version to WITCH.

I didn’t anticipate it resonating with the tens of thousands of people it did, nor did I expect the intensity of aversion and negativity from the (admittedly very, very small) number of readers who took issue with the suggestion that mental illness symptoms are anything other than that: symptoms of Illness.

Requiring, like any illness, medication, and that’s the end of the story.

The subject and the nuances of the arguments around it have stayed with me, not least because of my own experiences with Mental Illness and those of my older brother who ended up neglecting himself to death because of them.

He invoked the work and writings of people like Carl Jung and RD Laing from as far back as I can remember.

He was still talking about his episodes of psychosis in quite mystical terms up until the last time I saw him and was able to engage with him in any meaningful way (which wasn’t very meaningful at all because I was very young and very terrified).

The only tools available to him were those within the medical system. 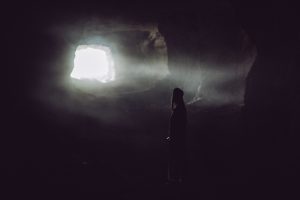 They never resonated with him. He didn’t ‘comply’. He died.

I daydream regularly about a parallel world where he crossed paths with shamanic types rather than psychiatrists and made it back to shore rather than having pills chucked at him while he drowned.

I come to post this second article on WITCH on the back of reading what will undoubtedly remain one of the most important books of my life.

I want you to know about it, to share your own thoughts about it if you’ve already read it, or at the very least to honour the experiences of a fellow human trying to make sense of existence rather than come barrelling at me with projections of your own neuroses and unresolved shadow material.

(A wave to the WITCH reader with the love ‘n’ light profile pic who took it upon herself last year to find my personal Facebook page and scream below several public posts that I was ‘a shitty person’ for documenting some words a man had said out of his mouth.)

I have total compassion for you if you’re at the stage in your evolution of being defensive of your diagnosis because you’ve found it helpful.

The same goes for medication.

Both are helpful at certain times and there is most definitely a need to keep people safe when they are obviously a risk to themselves or others, or a biological cause for a disorder with psychological manifestations has been definitively identified.

As Stanislav and Christina Grof (psychiatrist and psychotherapist/husband and wife) point out in the aforementioned book, Spiritual Emergency:

When Personal Transformation Becomes a Crisis, there’s a growing perspective among many mental health professionals that the type of ‘breakdown’/dramatic experience/unusual state of mind routinely suppressed by the psychiatric system can actually hold huge potential for physical and emotional healing.

When understood and treated in a supportive manner, spiritual emergencies can become gateways to higher levels of functioning and new ways of being” – Stanislav Grof

This has been my personal experience: the peak of my own crisis, following years of depression/numbness and generally feeling not of this world/like I wanted to ‘go home’ (I was on Prozac for most of my 20s), was all-encompassing anxiety and inability to sleep, which the medical graduates eventually sought to tackle with heavy sedation (the anti-psychotic Olanzapine… all anti-psychotics are just sedatives).

And of course this very unpleasant, mind-numbing substance helped me ‘sleep’, but it did nothing to address the underlying process leading to me being anxious/not sleeping/sinking deeper into depression (repeat vicious circle ad infinitum).

That process, in my experience, has been a rising up of all my personal unresolved trauma, grief and stifled emotion, but also something about this being connected to the collective consciousness and the trauma which we all share (a little wave to Jung at this point: hey buddy, hope you’re having fun on the other side!). 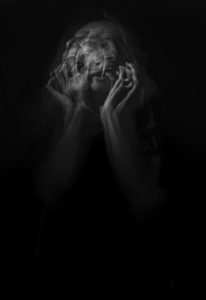 As the shamanic practitioner Jez Hughes outlined in his talk detailed in my previous post, there’s an element of feeling the ‘illness’ of society as a whole in these processes (the actual Amazon is *on fire* as I write this).

Jez also noted that the content of dark thoughts/nightmares/psychoses/alien visitations (whatever your particular manifestation) tends to be highly archetypal stuff:

The content of the unconscious coming up into the light to scare the bejesus out of us unless we have the right people and tools around us to help us decipher it.

And move forward not necessarily ‘fixed’, but definitely more in tune with how and why the hell we ever landed on this planet (not to sleepwalkingly chase status, buy houses and pass on our bullshit to a few kids, before dying).

As the Grofs and their book’s contributors very concisely and relatably lay out, different people have different triggers for the ‘waking up’ process. 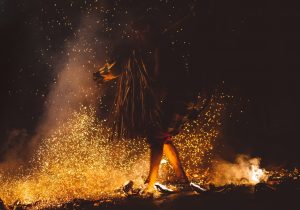 In 1980, on the back of her own years of chaos initiated during childbirth (which she came to realise was likely her Kundalini awakening), Christina Grof founded the Spiritual Emergence Network (SEN).

It’s a worldwide organisation providing people in spiritual crisis (or ‘crises of the evolution of consciousness’) with information, understanding, signposting towards alternative treatment options and support from people who’ve been through similar experiences.

Upon reading about SEN, at first I wished I knew about it in 2017 when I spent every day weighing up the most effective way to kill myself (I eventually chose overdose. It didn’t work. I didn’t try again).

Then I realised I was so, so, so lucky to have my own version in a badass friend, a longtime meditator and ancestral-trauma veteran, who spoke the language of ‘the dark night of the soul’ to me rather than ‘mental health crisis’.

They gradually hooked me up with a healer who helped to reconnect me with my spirit and – critically – get me back into my body.

Removing the trauma from my body and nervous system to bring my mind back down to Earth.

Healing my gut. Fiddling with my chakras. Rebirthing a feeling of connectedness to all living things.

They are practices I follow every single day now and will continue to for as long as I’m alive, inhabiting this flesh suit with its monkey mind in the cockpit.

Complementing the talk therapy, the exercise, the acupuncture, the odd benzo when I wake at 3.33am and can’t be fucking bothered with more breathing exercises and visualisations to get myself back to sleep because I have to be up and acting human in three hours (3.33am, aka Demon O’Clock).

No tree, it is said, can grow to heaven unless its roots reach down to hell” – Carl Jung

It’s my personal belief that we are reaching a tipping point in a process of bringing our collective trauma up from the recesses of our shared unconscious and into the light: events on the world stage are mirroring this.

Look who’s in the White House: the personification of our collective shadow. The absolute ridiculousness of the parallel puppetry in the UK.

But also look: the crumbling of the patriarchy and its associated institutions; growing awareness of the unity of all things and the fact that we’re killing the planet; the gradual waking up of humanity to the reality that what the media tell us might not actually be the true picture (shocker!).

It’s taking the darkness to get so unbelievably, caricaturedly dark for the corresponding shift in consciousness towards the light to start revving up.

When your demons come calling, know that the road you choose to take with them is the road you’re taking on behalf of all of humanity and our ancestors who weren’t equipped like we now are.

Indigenous communities have obviously always known the score and we’re reaching a point of integrating what they’ve taught us with modern methods.

The result being a wave of transformation in our values which promises a more hopeful future than that proposed by the war-mongering, acquisition-obsessed narcissists who’ve tended to hold on to power until now (almost like there’s been a self-interested system keeping them in place, hmm).

My invitation to you is to consider going into your pain, when you are ready and feel the right support is around you, rather than suppressing it.

Otherwise you might end up pathologising it and likely passing it on to the next generation in the hope they do the work that you didn’t.

Also: pls no troll me on Facebook thx xoxo

Be insecure in peace. Allow yourself lowness. Know that it is only a country on the way to who you are” – Nayyirah Waheed 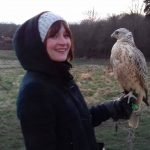 Originally from Northern Ireland and based in London, Joanne McCabe is a massage therapist, writer and dogsitter/walker. She came to massage therapy, Reiki and aromatherapy following a career in journalism and some years working in homelessness/mental health.
Through her professional experience and personal encounters with depression, anxiety and insomnia, she has developed a keen understanding of the importance of integrating the body and the five senses into the healing of mental distress. This is rooted in an acknowledgement that we are naturally tribal creatures and our ancestral DNA contains thousands of years of memory in contrast to a few hundred years of modern life. You can check out her blog and she’s also on Instagram.

all images via Unsplash

7 Skills all Avalonian Priestesses Must Possess 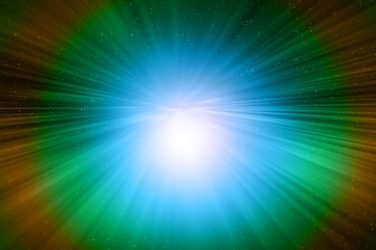 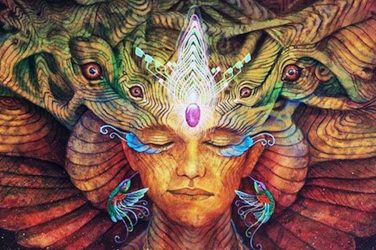 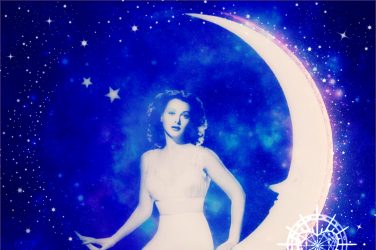 Aeolian Heart October 19, 2017
0 Shares
WITCH exists to nourish magic in the world through shadow integration and shamelessness done with an awareness of "as within, so without - as above, so below." To write for us and reach an audience of thousands, please send submissions to assistant editor Karolina Boldt at badwitcheseditor@gmail.com.