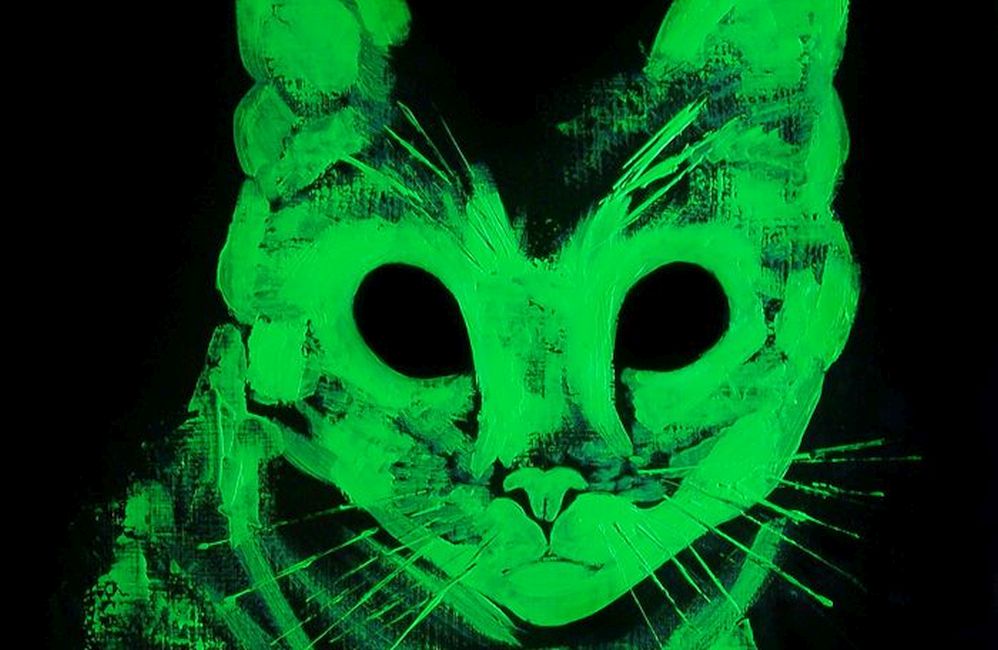 Have you ever found yourself at a party, flaunting a deck of Tarot cards, making some comment about the latest Venus retrograde, and secretly hoping someone will notice you and think you’re so special and deep because you’re MAGICAL?

If this sounds familiar, then you may share this sentiment:

I don’t think my love of formal magics is always entirely healthy.

I first began dabbling in the occult when I was 13, after my whole world had just collapsed following an experience of trauma, leaving me in the grips of shame. Depression rolled in, and my body stiffened. I developed chronic pain whenever I used my voice.

And given that, until age 13, my greatest joy in the world had been singing in choirs, this loss was crushing.

Thankfully this numbing depression thawed after a few awful months, and as it did, it dissolved into rage.

And that’s when I became drawn to the occult.

Convinced no one could possibly understand my darkness, I purchased an introductory book on Wicca, and began performing some (creepily effective) spells.

I borrowed a Thoth tarot deck from a friend, and after teaching myself some of the basics, started reading spreads for kids at school.

I tried clumsily to adopt a goth persona, an awkward fit over the nerdy choirgirl that I was. I started shopping at weird hippy boutiques on the other side of town, and stealthily snuck herbs, athames, incense and cauldrons into my parents’ house. 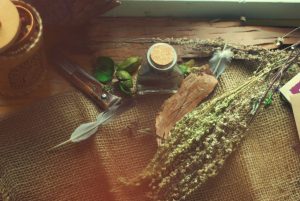 I even got in trouble when, after casting a circle around my summer camp cabin mates and performing a love spell in a thunderstorm, one of the campers got so scared she ended up reporting me to the camp director.

Still in the grips of shame, I figured that, if I couldn’t experience true love and happiness, at least I could be known for being weird, witchy, and powerful.

(The love spell worked. I think that’s what scared her the most. And in my spell casting, I got exactly what I asked for: confirmation that I was unloveable, but frighteningly powerful.)

At the heart of all the spell casting, herb gathering, card reading, and strange outfits, was a piercing cry for attention. “NOTICE ME!!! I HAVE POWERS!”

What I was really saying was: “HELP ME!!! I’VE LOST MY POWERS AND I DON’T KNOW HOW TO GET THEM BACK!”

This teenage foray into the dark arts is a textbook example of Fake Magic.

I suspect that many of us who identify as occultists have a similar story. We’ve come to magic as wounded healers, drawn to a lineage that has been so systemically oppressed by Patriarchy for centuries.

We are people whose Real Magic – what many a life coach would call their “superpower” – was so peculiar, important, and fragile, that it exposed us to trauma, abandonment, and shame.

Like a herd of hurting Liliths freshly kicked out of Eden, we long for healing. From the injustice of our pain, we search for our lost power in strange places. 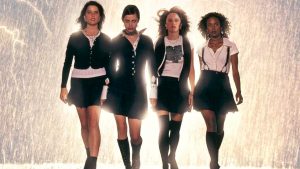 And so we may become drawn to these formal magics, in part, because we’ve lost our Real Magic. We risk of replacing our real magic with Fake Magic.

The Fine Line Between Fake and Real Magic

I’m not saying astrology, Tarot, Wicca, or any other formal magic is fake – at all. But when we use those magics in place of our real magic, we perpetuate the victimhood of unexpressed power.

It’s only recently, in my first round of INFLUENCE, the course on practical magic, that I’ve made the connection between that 13-year-old’s shame, and my initial attraction to magical arts.

Being a depressed witchy teenager was a miserable replacement for the person I had been before my world imploded: a magically musical kid who could joyously command attention with choir solos.

Rather than heal me, that sad teenage magic kept me stuck. It convinced others that I was weird and powerful, and I continued to feel alone.

I’m thankful that, twenty years later, I inhabit my real magic much more effectively, and much more consistently.

I am a working musician and songwriter; I am a certified music therapist and registered psychotherapist;

I work at a hospital using music to support cancer patients to feel connected to their self-hood, and in some cases, to help them die; I get paid good money to teach workshops on using music in health care to other medical professionals; I get awarded grants to write and record albums.

My love of Tarot, astrology, and spell-creating is synonymous with my identity as an artist, healer, and manifester. These magics attune me to greater synchronicities, and make me feel like the artist of my own life.

However, whenever my real magic wanes and I start doubting myself, the fake magic rolls in.

Investing questionable sums of money for astrology readings, aura cleanses, or psychic consults when I am feeling stuck is a sorry habit of mine.

I’ll sign up for online magic courses not because I want to invest in the learning, but because I desperately want insight into how to make the pain of living go away NOW.

I’ll look to all these magics for acceptance and permission, rather than for patterns and synchronicities.

I’m learning to identify when am I drawing on Fake Magic to replace my Real Magic. And when that’s happening, it’s helpful to ask:

What part of my Self isn’t feeling seen? What changes can I make to let my Real Magic emerge?

A Tale of Two Wills: the dance of real and fake magics

I’ve been bumping up against uncomfortable sides of myself over the past few months,  through the shadow integration work of INFLUENCE. It’s been unpleasant, and I’ve been swimming through waves of icky shame.

Meanwhile, my Real Magic has been withering from neglect and distrust. I’ve lost interest in my career as a music therapist and become ambivalent about my craft as a songwriter. 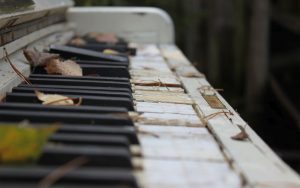 Through this discomfort, a witchy craving has emerged:

I want to radically change careers and become an online Tarot reader.

I want to become an online Tarot reader who writes one flourishy, strategically-marketed blog once a week from her boyfriend’s bedroom, who manages to show up for a Skype reading every other day, and who is free to float around coffee shops writing in her journal, all while managing to make a sturdy six figures a year.

While this may look like I’m simply coveting the careers of the many brilliant, successful digital nomad Tarot readers I follow online, there’s one significant red flag to my dream-plan:

Nowhere in this vision do I feel motivated by the unmistakable joy of Real Magic.

Nowhere do I feel compelled to serve my fellow humans through creative and clever healing services and pour my whole heart into this new vocation.

Instead, I want to become an online Tarot reader so I can avoid having to do anything for anyone EVER.

Combine that with the fact that I haven’t actually been doing readings for people recently, which is as clear an indicator as any that I’m not really connected to this practice, and we have ourselves a classic Fake Magic case study.

In other words, I’m that depressed teenager again, wanting to be known for her magic, but exercising a will so divided it keeps isolating her from the love she craves.

I went into studio to start recording my second full-length album.

I really didn’t want to, but I’d been awarded a grant and knew that if I didn’t see this project through, I’d burn some bridges with the granting agency.

It took two long, tiring, and amazing days in studio to remind me of my Real Magic. I left the studio feeling a little more like the dorky musical kid and less like the depressed witchy teenager.

Not surprisingly, as I was leaving the studio, I received a text message from a friend asking to book me in for a Tarot session.

I smiled to myself, absorbing the fundamental axiom this text message revealed to me: that when we inhabit our lives fully and without shame, the fake magics become real. 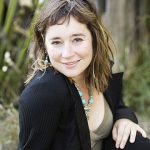 Sarah Pearson is a therapist and songwriter who makes music happen in unlikely places. She currently practices her Real Magic by being a raging community-builder, a student of various online occult courses, and a palliative care music therapist. She has an ingrained superpower for nudging folks to make the art they secretly yearn to create. You can check out her website and say Hi on Facebook. 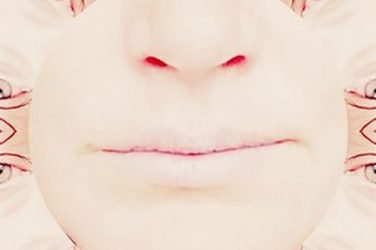 I SEE YOU. I KNOW. How to create safety when you are facing major life changes

Only you can create the safety you require to move forward by leaning back ... 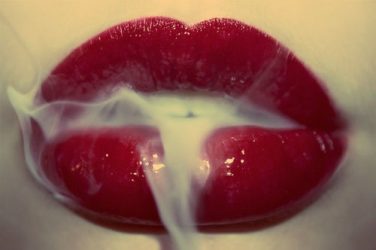 Note: Carolyn Elliott is the co-editor of BAD WITCHES. You can find out more ...

Carolyn Elliott November 14, 2015
5 comments 0 Shares
WITCH exists to nourish magic in the world through shadow integration and shamelessness done with an awareness of "as within, so without - as above, so below." To write for us and reach an audience of thousands, please send submissions to assistant editor Karolina Boldt at badwitcheseditor@gmail.com.