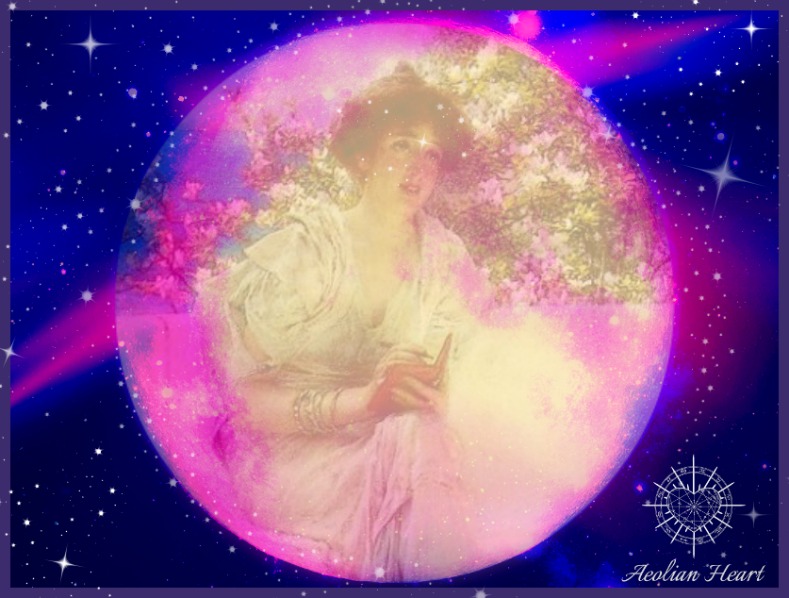 On December 13th, 2016 there will be a Super Full Moon in Gemini. This is the last Full Moon of the year, so think of this as the culmination of all your experiences over the last twelve months, as well as the first death knell of 2016.

With the Moon Full in Gemini, the sign of information processing, it is quite appropriate that there is such a complex array of planetary aspects to incite witty conversation and mental adaptation.

There will be a quick and energetic spirit afoot! The Full Moon in Gemini will be trining Mars in Aquarius, sextiling Uranus in Aries and trining Jupiter in Libra.

With all this sympathy and flow between air and fire, your conversations at this time may incite high levels of euphoric mania, heated and inflated by superlative idealism.

However, the Moon’s opposition to Saturn and square to Chiron in Pisces will offer a ballast, forcing Gemini’s indiscriminate appetite for thinking back towards the modest path of learning by experience. Thus, the indiscretion and vanity of your intellect (Gemini) will most likely be revealed through an uncomfortable confrontation (Chiron) with feelings (Moon) that are truly inexplicable.

Remember that it is only at these crossroads between facts and feelings that the truly important questions about life can arise.

To help you formulate your question, Saturn and Chiron’s influence will enunciate the truth that only those who are sincere in their approach to learning will find wisdom.

Think back to the New Moon in Sagittarius. What intentions did you set at that time?

Every lunation cycle represents a unique opportunity to learn and create under the influence of an overarching theme. Thus, this Full Moon represents the midpoint of the Sagittarian cycle, defined by faithful devotion to philosophy.

As cerebral as philosophy may seem, the essence of philosophy within a person is not born from a litany of facts. In perennial philosophy, (the love of wisdom) the quantity of knowledge does not necessarily correlate with the quality of one’s wisdom.

Thus, the Full Moon in Gemini opposed the Sun in Sagittarius represents a climax of illumination regarding the relationship between knowledge and wisdom.

Here, the two luminaries engage in a dialogue that considers the light of knowledge versus the illumination of wisdom. In your understanding, how do you define wisdom as being distinct from knowledge?

Knowledge (Gemini) is the initiation into wisdom (Sagittarius) but knowledge itself does not always result in revelation. There remains a mystery that belies the journey between fact-finding and essential truth.  Let’s explore that mysterious divide.

Consider Plato’s dialogue, the Phaedo, which recounts the final hour of Socrates’ life before his execution. In classical times, the Phaedo was also entitled: “On the Soul”.

The imminent death of Socrates’ creates the perfect setting for a philosophical discussion about the afterlife and the immortality of the soul.

“I am afraid that other people do not realize that the one aim of those who practice philosophy in the proper manner is to practice for dying and death.”

In the final moments of his life, just as he was in his trial, Plato’s dialogues depict Socrates as calm and peaceful.

He explains that the life of a philosopher is merely a preparation for death, justifying this claim by suggesting that death is “simply the release of the soul from the body”.

Death is thus a desirable experience that enable one to enter into the presence of “other wise and good gods” and “of men now dead who are better than those who are in this world now”.

Throughout the Phaedo, Plato presents his arguments that the soul is immortal and thus the soul pre-existed the body and also survives after physical death.

The questions and arguments presented within the Phaedo were profoundly influential upon Western thought, both philosophical and religious, for thousands of years!

But now, in the Information Age of technocratic materialism, it should not be surprising that most of Plato’s arguments for the existence of an immortal soul have been deemed totally unconvincing.

In other words, #immortalsoul is not really trending right now.

But even if Plato’s perennial treatise is met with circumspection by elite academics, the Phaedo contains some of the most foundational initiatory knowledge in all of Western history.

Even if one is meant to follow the path of materialism, without an appreciation for the Phaedo, materialism is rendered much poorer in its content and context.

The relationship between death and wisdom make up the first part of the Phaedo. According to Plato, Socrates believed that death was a philosopher’s greatest opportunity to fulfill a lifelong quest for wisdom.

Socrates goes on to explain that when the soul leaves the body behind, the constraints of mortal life no longer hinders the experience of wisdom.

He proclaims that physical body is therefore an impediment to wisdom, not because of “sin” (later understood by Christian ascetics) but because the senses themselves are misleading. The naiveté of empiricism is a theme throughout the dialogue.

“For whenever it attempts to examine anything with the body, it is clearly deceived by it.”

Thus, there is neither certainty nor accuracy in empirical observations through sight, sound, or feeling.

Plato firmly believes that wisdom lives in the soul and not the intellect.

But what is the soul? According to Plato, the soul is an invisible and intangible essence, not subject to time or physical limitations. It is entirely mystical and metaphysical and thus its explanation can never satisfy a rationalist.

“And I conceive that the founders of the mysteries had a real meaning and were not mere triflers when they intimated in a figure long ago that he who passes unsanctified and uninitiated into the world below will live in a slough, but that he who arrives there after initiation and purification will dwell with the gods. For “many,” as they say in the mysteries, “are the thyrsus bearers, but few are the mystics,”-meaning the true philosophers.”

The Phaedo contains four arguments intended to prove the existence of the soul. All have been cleverly refuted in modern philosophy, but it seems that most of them have missed the point.

The most mystical of Plato’s arguments in the Phaedo is that of Recollection.

This argument supposes that the soul existed before birth because of the fact that the knowledge gained through the observable world does not account for the conceptual knowledge that human beings actually contain.

In other words, one can only know something that is recalled from previous learning.

Roses are red. Oceans are blue. These are things that are known and recalled from previous observations of the natural world.

But then, Socrates questions, how is it that humans know about things that only exist in an abstract sense, not found in observable reality? How do we know of ideals that cannot actually be found evidenced in the world?

“Is there or is there not an absolute justice?

And an absolute beauty and absolute good?

But did you ever behold any of them with your eyes?

This is the crossroads where Gemini’s way of knowing must travel over the divide into Sagittarius’ expansive questioning.

So ask yourself, from whence does your ability to know of things that don’t actually exist in reality come from?

Plato argues that we have knowledge of things that do not exist in this universe, thus, our soul must have existed before birth.

Therefore, knowledge of absolute and ideal forms are the soul’s recollection of the realm of wisdom where these things doexist.

“But this would be impossible unless our soul was in some place before existing in the human form; here, then, is another argument of the soul’s immortality.”

According to Plato, this experience of recollection from soul’s memory reveals the naiveté of strict empiricism.

This is a crucial argument in the text which may not prove the existence of the soul to everyone, but it does open up interesting notions that rationality and causality can not explain.

Insightful academic interpretations of Plato usually offer criticisms that approach his writings as though rationality was their primary purpose. They seem misunderstand Plato, believing his arguments were posed merely to have the quality of their rationale tested.

This is a decidedly Gemini approach to reading Plato, which is great if you want to become expert in semantics.

But in order to really appreciate Plato, one must leave behind Gemini’s rhetorical deconstructionism, instead opening up to the subtler mysteries that lie behind the language.

And there are many light traces and fading footprints of initiation into the Mysteries in the writings of Plato.

Rather than following mere logic, his dialogues follow a ritual structure which, like myth, offers an initiatory vision of transformation and redemption.

Interestingly enough, in his lifetime, Plato was hugely criticized for revealing too many of the secret doctrines. Knowing how rich his work is in these secret doctrines, Plato’s dialogues should be carefully contemplated on a symbolic and esoteric level, rather than merely being deconstructed.

According to the The Secret Teachings of All Ages:

“Plato was initiated into the ‘Greater Mysteries’ at the age of 49. The initiation took place in one of the subterranean halls of the Great Pyramid in Egypt. . . After a further three months’ sojourn in the halls of the Pyramid, the Initiate Plato was sent out into the world to do the work of the Great Order, as Pythagoras and Orpheus had been before him.”

This Full Moon in Gemini is a grand opportunity to awaken your soul’s senses by initiating yourself into true philosophy through the writings of Plato.

In the Phaedo, you are invited upon a mythic journey by way of a mystical conversation with the historical and legendary figure of Socrates.

Thus, rather than using your intellect to question and subvert the sacred, you may develop of new level of perception that knows the soul well and remembers its wisdom with clarity.

The fear of death can thus be transmuted into a glorious vision of eternity! 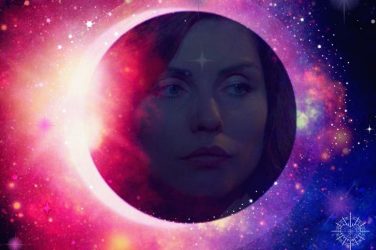 During the last ten months, there has been a particular amount of pressure (Saturn) ... 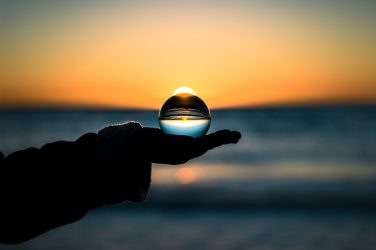 Improve Your Mental Wellbeing Through Tarot

The insight from the tarot cards truly helps with this, and shows who you ... 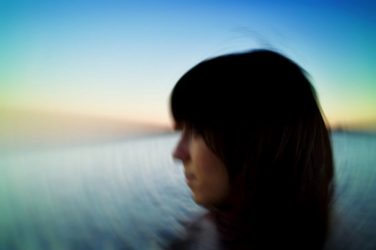 We get nowhere in this human experience by ignoring the body that classifies us ...

WITCH September 4, 2018
0 Shares
WITCH exists to nourish magic in the world through shadow integration and shamelessness done with an awareness of "as within, so without - as above, so below." To write for us and reach an audience of thousands, please send submissions to assistant editor Karolina Boldt at badwitcheseditor@gmail.com.