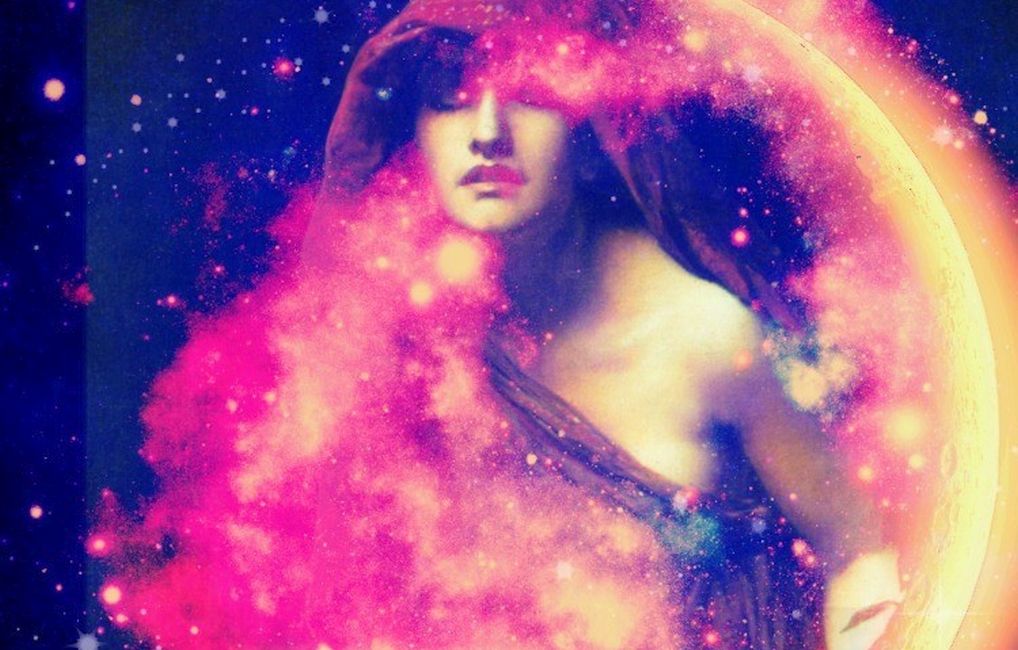 On Saturday, June 4th, the New Moon in Gemini will be born into the Mutable Grand Cross formed by the Venus and Sun in Gemini, Jupiter in Virgo, Saturn in Sagittarius, and Neptune in Pisces.

These planetary aspects will be further amplified by a Grand Earth Trine between Mercury in Taurus (in mutual reception with Venus in Gemini), Jupiter in Virgo, and Pluto in Capricorn.

Almost all the planets are now dynamically interrelating. Expect some brilliant new insights to come your way.

Simply stated, there is a LOT going on this weekend and your life may take on a tone of seemingly staggering complexity.

The Sun and the Moon in Gemini will make an exact conjunction to Venus, applying focus on human relationships and communication. This wild tangle of energies will make it important for you to think before you speak, lest you complicate matters in love and business.

Your world may suddenly fill with dissenting opinions and radical theories which create exponential problems to solve, decisions to be made and logistics to be considered.

The plethora of mental energy can certainly be stimulating to your curiosity, but the amount of discernment required to process all of these ideas can easily lead to exhaustion. At the center of this flurry of perception and feeling, this New Moon in Gemini will catalyze a new journey of intelligent exploration.

Though Saturn will bring a pang of melancholy to this otherwise bright and active New Moon, it is the opposition from Saturn in Sagittarius that will enable you to harness some these winds of change. Let the taunting doubts that arise propel you to seek more answers.

At this New Moon in Gemini, set the intention to let your mind wander, but know that your search can be well directed by the call to discover lost treasures of wisdom.

To begin to contemplate wisdom, one can find no better place to start than with the life and death of Socrates. His story, (as described in Plato’s Apology) remains an invaluable ancestral treasure which offers an eternal flame of solemn inspiration during times of collective mania.

Plato’s Apology of Socrates purports to be a reconstruction of the defense speeches in Socrates’ trial in 399 B.C. He had been accused of ‘corrupting the youth’ and ‘believing in gods which the State did not recognize’.

The Apology is largely a monologue of Socrates, who is speaking directly to an assemblage of accusers, revealing his true character through the story of his life.

In his own defense, Socrates explains that long ago at the beginning of his life’s work, the great Oracle at Delphi declared that he was the wisest man in the world.

If you are familiar at all with the history of the Oracle at Delphi, then you know that she acted as the sacrosanct voice of the god Apollo and her word was never disbelieved. She delivered her prophesies in riddles, however, and her words often left the receiver scrambling to discover their meaning.

So, when the Oracle declared Socrates to be the wisest man in the world, she left him with a huge riddle to be solved. He describes his reaction to the prophecy by saying:

“When I heard the answer, I said to myself, What can the god mean? and what is the interpretation of this riddle? for I know that I have no wisdom, small or great. What can he mean when he says that I am the wisest of men? And yet he is a god and cannot lie; that would be against his nature.”

The Oracle’s prophecy made no sense to him. On the one hand, he firmly believed that the gods do not lie and on the other hand, he was quite convinced that he was nowhere near being wise. This is a perfect description of the dualistic conflict that arises from intelligent perceptions.

This is the knowledge of good and evil, or Gemini’s experience of information where for every light there is a shadow, for every up there is a down, and for every affirmative answer there is a negating doubt.

So Socrates’ was in a complete conflict, firmly believing the truth of the Oracle’s statement and firmly doubting his own possession of wisdom. This was the stalemate that forced him to seek catharsis. So, he began to search for someone wiser than himself in order to be able to refute the Oracle with solid evidence.

He says, “I reflected that if I could only find a man wiser than myself, then I might go to the god with a refutation in my hand. I should say to him, “Here is a man who is wiser than I am; but you said that I was the wisest.”

In response to the Oracle’s riddle, Socrates began a self-directed journey where he sought out the company of the people in society who had the best reputations for being wise. His first choice was a politician.

“I went and tried to explain to him that he thought himself wise, but was not really wise; and the consequence was that he hated me, and his enmity was shared by several who were present and heard me.”

After Socrates made enemies of many more politicians, he moved on to the poets. In the company of the poets, Socrates began to inquire about the meaning of their verses only to find they did not really know anything about their own work.

“That showed me in an instant that not by wisdom do poets write poetry, but by a sort of genius and inspiration . . . And I further observed that upon the strength of their poetry they believed themselves to be the wisest of men in other things in which they were not wise.”

Finally, Socrates went to meet with the artisans, hoping that they might be wiser than him.

“I observed that even the good artisans fell into the same error as the poets; because they were good workmen they thought that they also knew all sorts of high matters, and this defect in them overshadowed their wisdom.”

The answer to the Oracle’s riddle was that nobody is wise (including Socrates) especially when they begin to deem themselves to be so.

If Socrates had sought to find the wisest man in the world, and then after much deliberation, deemed himself to be the rightful heir to that title, then he would have fallen into exactly the same trap as all the other men who had mistaken their knowledge and power for wisdom.

Socrates’ life was instead spent teaching others to recognize that trap, which is there waiting for everyone who begins to feel special for knowing something. Socrates’ teachings, which criticized piety and self-importance, were so antithetical to the values of Athens that he was found guilty of corrupting the youth and was executed.

Socrates’ experience of his society still accurately describes the world we live in today. In this Information Age of multitudinous bits and bytes, there are even more assumptions made about the apparent “wisdom” of the intelligentsia: culture critics, technocrats, and all other manner of dilettantes.

During Gemini season, and especially at this New Moon, you will be called to reflect on the useless information that drives your imagination.

The purpose of this New Moon in Gemini is to inspire you to refute other people’s ideological authority over you. Like Socrates, under this New Moon, you should be able to clearly judge that the vested authority possessed by so many people is the nothing but the folly of their arrogance.

At this Gemini New Moon, call upon the the strength to stay informed without falling prey to arrogance and the strength to interpret your own experience without seeking authoritarian approval.

This is how you can expand your intellectual instrument without going mad!

“And so I go my way, obedient to the god, and make inquisition into the wisdom of anyone, whether citizen or stranger, who appears to be wise; and if he is not wise, then in vindication of the oracle I show him that he is not wise; and this occupation quite absorbs me, and I have no time to give either to any public matter of interest or to any concern of my own, but I am in utter poverty by reason of my devotion to the god.”

THE TAROTCAST: Get Your Happy On. You damn-well deserve it! 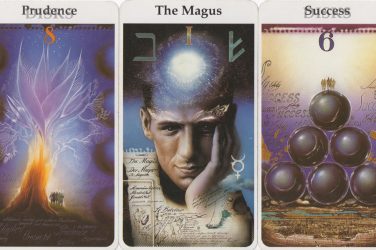 THE TAROTCAST: Become Your Own Magical Adept 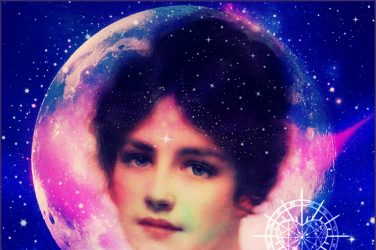 Depending on what you may have been repressing lately, a Full Moon in Pisces ... 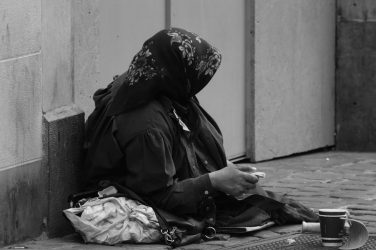 WITCH February 7, 2019
0 Shares
WITCH exists to nourish magic in the world through shadow integration and shamelessness done with an awareness of "as within, so without - as above, so below." To write for us and reach an audience of thousands, please send submissions to assistant editor Karolina Boldt at badwitcheseditor@gmail.com.