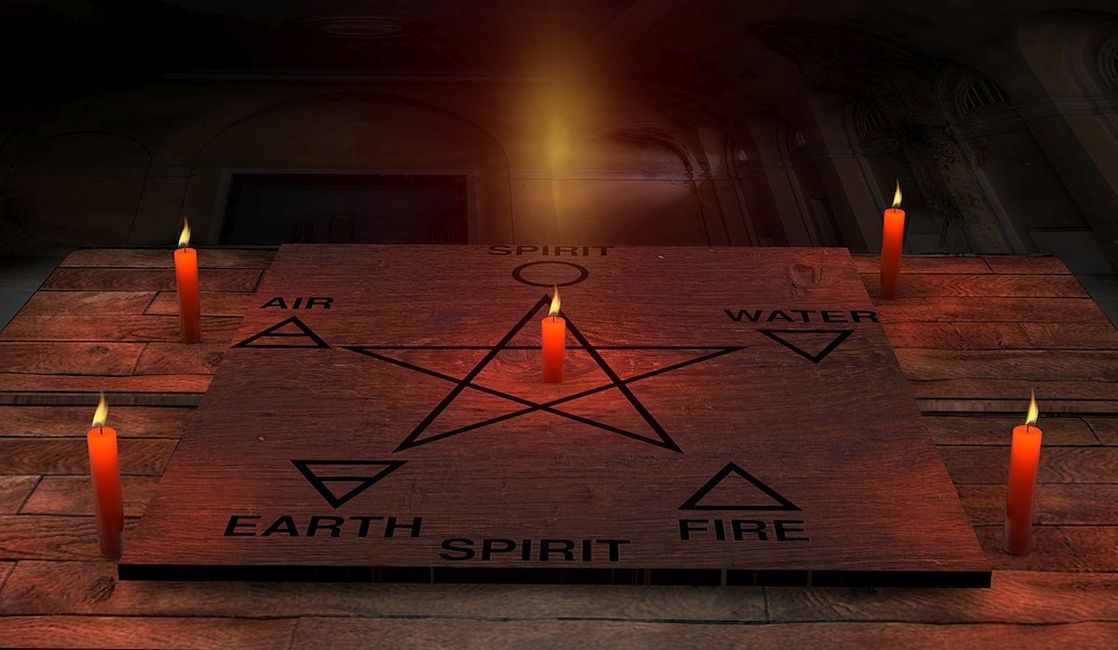 The power of magic is imminent in all things from flowing rivers to buried diamonds, the web of the spider, the wing of the bird and the scale of the lizard.

Magical people exist in all forms, not just a warted beast or an iconic sex symbol, and magic exists in all people.

I found my magic in high school, when my strangeness was becoming too much to bear under the pressures of teenagehood. At times, I was highly emotionally distraught with the weight of the changing moon, the rising tide and, ya know, hormones.

I found my solace in the practice of locating my power source from within. I took control of my power, I harnessed my power, and I used my power to encourage things in my life to be, let’s say, less complicated. Behold, my introduction to the world of magic and it’s endless possibilities.

I then began studying all the different types of magic, using them as topics for essays and short fiction in school. I learned that magic exists in many different cultures and goes by many different names from Wiccan to Pagan to sorcery.

All of these practices vary in manner and props, but they all work to empower the body, mind and soul in some form.

When I started, I learned some of the crucial keys to practicing magic, and I was able to find the link in my life that seemed to be absent.

Here are some items you will need if you want to begin your journey as I did — as a novice, full of life and full of desire.

The pentacle is used in witchcraft as a symbol of the element earth. It can be an object in the shape of the five-pointed star or can be represented by a drawing or carving in the earth.

The pentacle presents a magical plane for the casting of spells. It can also help in the development of a truly meditative state where you can focus your mind on that which you are trying to create in the universe. The pentacle helps create the sacred space. 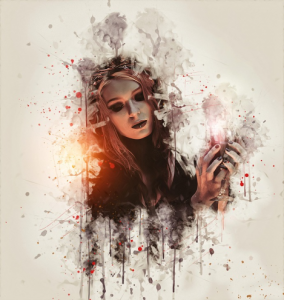 Like the pentacle, the chalice is used in magical rituals to represent an element — water. The chalice is filled with some kind of drink: wine for passion, whiskey for wisdom, and water for purity. In fertility rituals, this cup symbolizes the womb of the Goddess.

The opening of the rim represents the ability to receive energy; energy is transferred to the liquid, which you then drink to absorb what has been created in it.

The athame is a double-edged blade, presented with a black handle to represent the element of fire. Unlike some portrayals of the athame, it is not meant to spill blood of any kind, especially in the practice of white magic. If the athame comes in contact with blood, it needs to be cleansed and destroyed by fire.

The athame is used in practices of banishment and consecration. During rituals that become dark, the athame can also be used to control the evil energy that has entered the space and destroy it.

The wand represents the fourth and final element — air. In combination with the chalice, the pentacle and the athame, these four items can create an energy source that you can virtually drink from. The wand can be used in rituals of invocation.

The wand helps channel the energy of spirits and invites them to dance and meditate with you. The wand is typically seen as the most gentle-spirited element of witchcraft; as gentle as a soft breeze sweeping over your face. 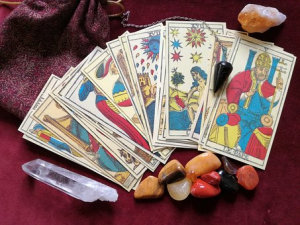 Though tarot is not a necessary element in witchcraft (nor is magic a crucial component of tarot reading), the combination of the two can really help create a spiritual junction of power and electricity.

Tarot helps witches uncover pathways they may not have seen or traps that could have entangled them.

Tarot gives witches a glimpse into the future, the present and the past as a way of understanding how their role in the world will play out.

Tarot cards also work as a method of communication with the energy around you so you can understand how to better collect and distribute it.

The grimoire (or spell book) is an essential tool for any witch if they hope to keep any kind of record of their practices and outcomes. The spellbook acts as a means of documenting your spells so they can be shared and passed down through generations of witches. The oldest known grimoire dates back to King Solomon in the 15th century.

My grimoire, which is essentially and old photo book that I DIY’ed into the perfect spellbook, contains some of the incantations I used from my earliest days of practice. They include spells like making acne disappear, passing final exams and getting asked to prom.

Some of the first tools I gathered as a witch were my crystals. I now have hundreds of them, from different regions, either bought or gifted. Crystals are probably my favorite element of witchcraft because they channel energy and store it so well.

Crystals come in different shapes and sizes and serve many different purposes in a ritual. For example, the amethyst increases your spiritual focus, the hematite grounds you to the Earth, and the opal increases inspiration and creativity.

Some of the most energizing and powerful crystals I own were found during gemstone excursions with my best friends. These dynamic stones pull forces from the Earth and help you conjure them during sessions.

The smudge stick is mostly used in cleansing and purifying rituals as a means of expelling negative energy. In extreme cases, the smudge stick can be used to expel demons from your world — demons that come in physical, mental or spiritual forms.

Smudging requires a bundle of herbs, mostly varieties of sage, to be lit and burned so the smoke can purify the space. Smudge sticks can also come in extremely handy when beginning your meditation to help clear your mind of distracting thoughts and increase your focus.

I prefer to smudge my room after I have thoroughly cleaned and organized it.

Organization is a key factor in practicing any kind of ritual, whether you are doing your morning yoga, getting ready for work, or making your fruit smoothie. A clean space is a clear space ready to be filled with positive energy and light. 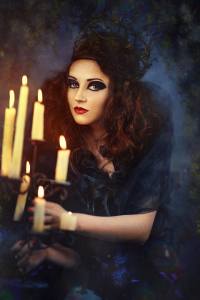 Candles and incense are some of the most important items to have with you during your ritual. The flames help fill the room with energy — an energy that can be transferred, absorbed and harnessed to create a lifesource that can then be controlled and expelled with precision.

Candles can be used to represent God or the Goddess; they can also be placed in four corners of the ritual circle as a representation of the elements — fire, earth, air, and water. Candles can also become charged with magical energy during spellcasting rituals.

Incense helps set the tone and mood for the room. It cleanses the space with its essential fragrance and promotes the presence of positive energy. Be careful with candles and incense during ritual, I’ve accidentally set a small house fire when I wasn’t paying attention during meditation.

Practicing witchcraft can be an excellent lifestyle to help bring you out of your own personal darkness and into an interconnected world of spiritual wealth and abundance.

It certainly helped me overcome the demons that I was living with in my young adulthood.

Next time you begin your spellcasting, be sure you have the items listed above so you can experience an even more connected state of meditation and growth. 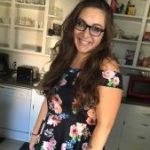 Kelly Shepherd is a writer from Boise Idaho. She enjoys writing about the outdoors and her dog, Cassius. In her spare time she writes captivating fiction and confusing poetry. Follow her @kellyshep14 on Twitter!

3 Signs Dragons Are Calling For Change In Your Life 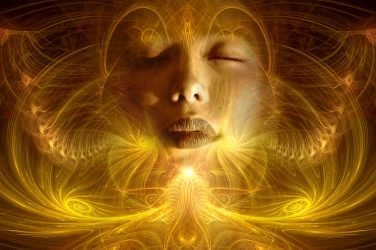 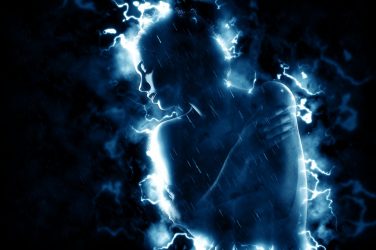 Gathering the Lightning Women: Initiation by Storm and the Oldest of Gods

by Danielle Dulsky Circle with me ‘round this slow-breathing oak, ye creaky boned and ... 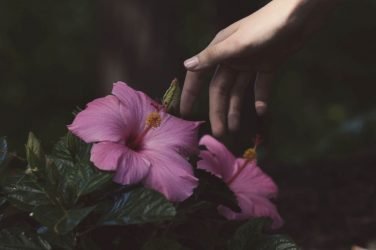 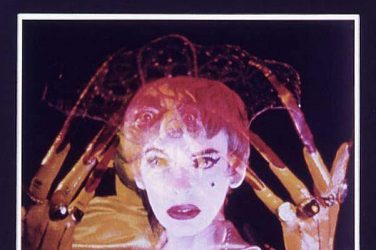 12 PRACTICES FOR INCREASING THE MAGIC IN YOUR LIFE

As discussed in Eros and the Magical Path Part One and Two, a magical ...

Carolyn Elliott July 1, 2014
7 comments 0 Shares
WITCH exists to nourish magic in the world through shadow integration and shamelessness done with an awareness of "as within, so without - as above, so below." To write for us and reach an audience of thousands, please send submissions to assistant editor Karolina Boldt at badwitcheseditor@gmail.com.