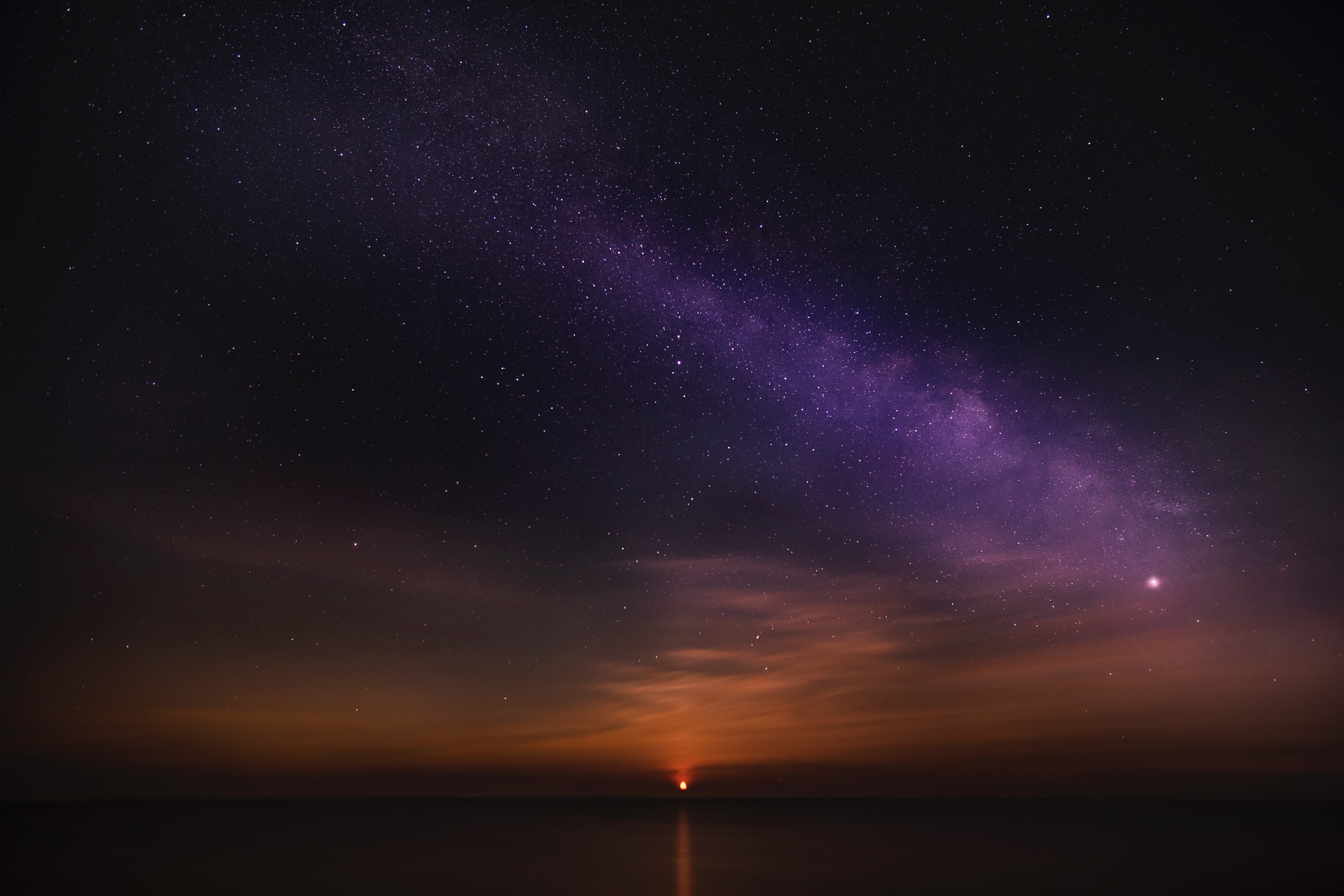 The ancient astrologers designed astrology to reveal profoundly esoteric truths about your life, including your destiny, your fate, and even the nature of the spirits and daimonic beings with whom you have a relationship on the other side.

In order to consistently and reliably gain such deep wisdom, they developed a highly elaborate metaphor of your life as a ship on a great voyage.

Just like a ship, your life has a destiny – some kind of purpose towards which you sail. The winds and currents buffet you in a way that may be favorable to your journey or may hinder it.

And most importantly, multitudes of outside forces steer and direct your life, and they may do so efficiently and profitably, or in some cases they may be uncoordinated and haphazard.

In other words, just as a host of naval officers administrate various responsibilities and orders on a ship today, so too does each planet attend to a set of duties in order to ensure that the ship’s voyage succeeds.

Ancient astrology shows us how to determine the nature of these forces and what role they play.

By forming relationships with the planets who direct the course of your life, you develop the ability to have a conversation with these forces, strengthen them, and ultimately reshape and improve your fate.

With this knowledge, we can perform remediations or astrological magic to transform our fate and ultimately influence the forces that influence us.

There are five main officer positions that the planets hold. In this two-part article series, I’m going to discuss these positions and how to work with the planets who occupy them. In the rest of this article, I will outline the meanings of two of these roles and how you can find out who occupies that role in your own natal chart. In part 2, I will round out the discussion with three other officers. 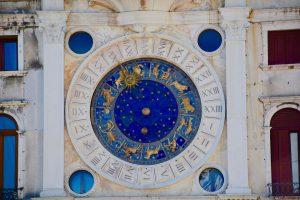 More commonly known by its Greek name oikodespotes (house-master), the ship owner in the classical world purchased and chartered the ship.

An oikodespotes was oftentimes a wealthy merchant who needed a ship to transport cargo or travel to another port, or sometimes a general who needed to transport soldiers.

In any case, the ship owner decides where the ship goes and what the ship will accomplish.

In the same way, the oikodespotes of your own “ship” choose a destination and purpose for your life.

The topics of destiny, purpose, and any answers to the question “why am I here?” will all be signified by the oikodespotes.

In this way, the oikodespotes becomes a co-significator with the sun and the lot of spirit.

Many schools of Ancient Astrology identified the planet who serves as the oikodespotes as an indicator of one’s personal daimon.

The personal daimon in ancient astrology operates in some sources as a chief tutelary spirit and in others as the “truest” expression of one’s self.

As with the Thelemite or Abramelinian holy guardian angel which has its roots in this concept, the personal daimon is almost certainly both.

To find the ship owner, you must first identify a planet called the predominator or epikratetor.

The predominator is the sect light in your chart – the sun in a daytime chart or the moon in a nighttime chart – unless it occupies a cadent house (3rd, 6th, 9th, 12th), in which case the other light becomes the predominator.

If both the sun and moon occupy cadent houses, then the ascendant becomes the predominator.

Once you have identified your oikodespotes, determine its sect, examine the sign and house it occupies, and take note of any aspects it makes to other planets.

Enough time spent analyzing these conditions will oftentimes bear deep insights into the nature of one’s life and purpose.

So the ship-owner tells the ship where to go and gives it a direction and a task. But generally in the ancient world, most people who were rich enough to charter a ship never bothered to learn how to sail one.

Practically speaking, you needed someone who could bring the ship from one place to another, and have it fulfill the requirements that the oikodespotes ordered. This role fell to the kurios, or the captain of the ship.

The kurios controls the everyday operations to ensure that the ship completes its journey.

For you, this means bringing in events, situations, and people into your life that propel you along your path and get you where you want to go.

Sometimes its action can be referred to as “grace” or “good fortune,” and indeed the lot of fortune co-signifies concrete events and occurrences in our lives.

In my own practice, I see a corollary between the action of the kurios and what some people refer to as spirit guides, or beings who help and guide an individual on their path.

Neither have any say over an individual’s free will (that’s the task of the oikodespotes, who is ultimately already you), but they each delight providing aid and support so that someone’s free will can be realized.

Insofar as the kurios provides aid and support through your context and environment, the kurios and the Moon are co-significators as well.

Considering that the moon classically ruled all the spirits on earth, the kurios as an indicator for one’s personal spirit guides is highly plausible.

The selection of the kurios goes by finding the planet who is most fit to be captain at the time you were born.

However, finding the most fit planet can be tricky – many factors have to be weighed and unfortunately source differ on the order of importance in these factors.

In my personal practice I follow the outlines of Porphyry in his Introduction, and it has served me well.

First, eliminate any planets from the running situated within fifteen degrees of the sun or retrograde.

Sources describe these planets as choosing to abstain from consideration for the role. For whatever reason, they do not desire to be the captain, and so we rule them out at the beginning.

From the ones that remain, identify the planets that fulfill any of these conditions. By “Lord” I mean the planet which rules the sign in which the sensitive point is located.

There may be no planet in your chart that satisifies the 1st or the 7th condition.

Rule out any planets that do not fulfill any of these conditions.

At this point, you may just have one planet left – that planet is your kurios.

If you have a couple planets left, you want to pick the one with the most essential dignity – the one that has the most rulership. If there is still a tie, then select the planet which is most angular.

Sometimes, the only planets that satisfy one of the above 7 conditions are retrograde or under the beams of the sun.

In that case, you must go back and reconsider those planets to find the Kurios, but the planet can be considered a “problem officer” – they are reluctant to perform the task.

This is a very rare occurrence. The one time I saw it in a reading, the native felt that their circumstances always required more legwork and grit in order to succeed.

Just as with the oikodespotes, you can start by determining the sect, sign and house that the kurios occupies, and take note of any aspects it makes to other planets.

Take note of these and see in what way your life reflects this.

If you work with spirit guides, you may find some overlap or resonance between your kurios in astrology and some of the guides that have revealed themselves to you. 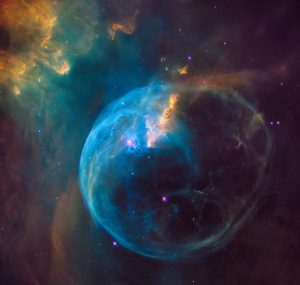 Now that you have identified the Ship owner and the Ship captain, you know the identity two most important officer roles in your natal chart.

Essentially, we have determined more esoteric counterparts to the sun and the moon – another layer of examining our destiny and the type of fortune we can expect in fulfilling that destiny.

We want to make sure that these two planets are getting along and can work well together.

If the owner and the captain are fighting and don’t get a long, getting a ship somewhere successfully can be very difficult.

Check and see what aspects they make to each other. Do they occupy each other’s signs or bounds?

Little things like this can be filled with implications for someone’s life.

If you find that they are squaring, opposing, or averse to each other, you may want to consider engaging in planetary remediations for each of them.

One final note on the owner and the captain: sometimes in the ancient world, the person who chartered the ship would also best the most fit to sail that ship.

If you find that these two positions are occupied by the same planet, there may be indications of fame and eminence – what the Greeks called timē or honor.

In the next part, I will examine three other officer positions and their importance to you and your chart: the helmsman, the lookout, and the sail master.

These have less inherent significations, but there are specific configurations that we look for with each of them to determine how well a ship is naturally sailing without any remediatory help.

all imagery via Unsplash.com

Omens of Witchhood in the Natal Astrology Chart 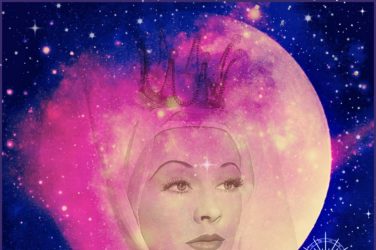 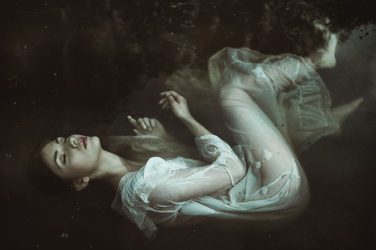 You can’t love a non-reactive organism forever. Only by removing yourself will the truth ... 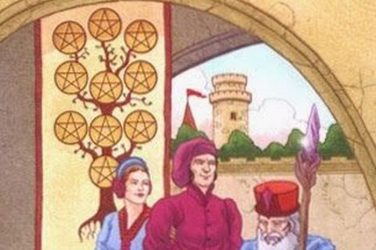 This month the energy will reside around material comfort, which you shall have!

Carolyn Elliott November 30, 2015
0 comments 0 Shares
WITCH exists to nourish magic in the world through shadow integration and shamelessness done with an awareness of "as within, so without - as above, so below." To write for us and reach an audience of thousands, please send submissions to assistant editor Karolina Boldt at badwitcheseditor@gmail.com.