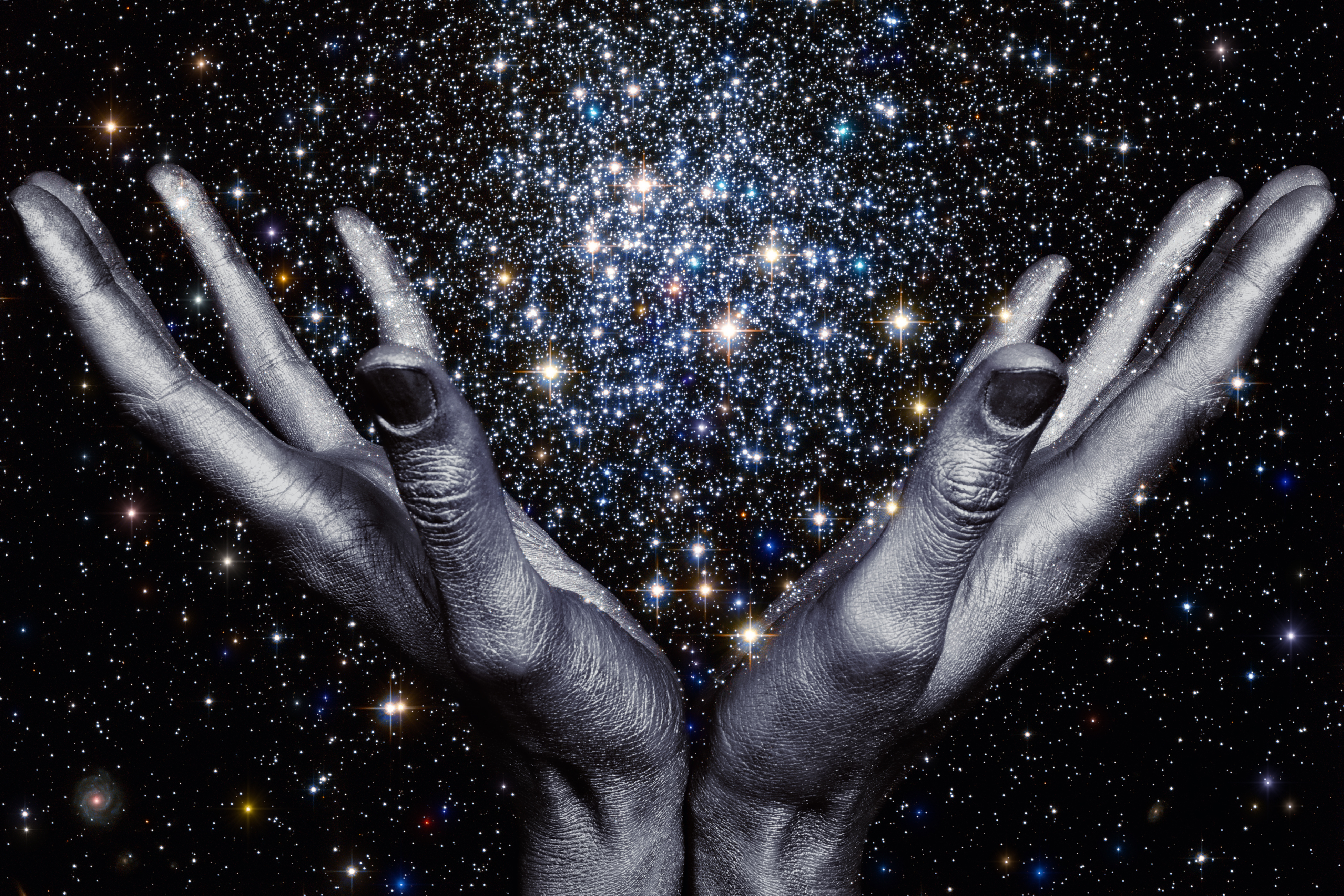 While it may not always be obvious to spot a witch at first glance in the wild, the astrology natal chart can’t hide the omens.

Of course, what makes a witch means different things to different people. For some it means owning desire and sexuality, for others, it is an initiator into mysteries.

Other witches connect to Earth as a source of power or work with healing modalities or esotericism. And some of my favorites are those who use their powers to push back at patriarchy.

As an astrologer, I’ve noticed several cosmic patterns that correlate to these energies in the astrology natal chart and those who identify as a witch.

Though just like the complexity of the word “witch”, understanding correlations in the natal chart requires much more than a superficial understanding.

While pop astrology and memes can be fun, they often only focus on the sun sign and this can take attention away from understanding your entire natal chart as a whole.

This complex system of planets’ and asteroids’ alignment the moment you were born gives a much larger picture of the soul’s superpowers.

In archetypal astrology, the lineage I’ve been a part of for the past 10 years, the focus is less on the sign of the Sun or Moon and instead the planetary body, or bodies, in relationship to them.

An example would be someone with a Capricorn Sun next to, or conjunct, Uranus, the planet would most likely exert a large influence over the way this person would identify (the Sun).

Instead of being fixated on stability and structure as Capricorn tendencies, they may instead crave the new and different experiences that Uranus evokes.

These two energies together create a push and pull of complexity that makes astrology so interesting, and without a full knowledge be oversimplified to a detriment.

Because astrology simultaneously operates in the realms of the collective and individual, understanding the first may lead to an imbalance of information.

Not knowing our charts may leave us susceptible to over generalized astrology that doesn’t necessarily honor our particular version of magic.

Another thing to pay attention to in the natal chart would be the world beyond the main planets—particularly asteroids and dwarf planets.

Most of the planets are named after Greek and Roman gods, besides the Moon and Venus, which I find rather dull.

Conversely, most of the largest asteroids and dwarf planets have been named after goddesses.

While the names are gendered, and the title of “witch” is not, I don’t think of the planetary bodies as unique aspects to any gender and instead different archetypal energies that move through us at different times.

The first step to exploring this dimension of your chart includes looking up your chart, not just an app like Costar or Sanctuary, but one where you can see the whole picture.

I suggest www.astro.com to look up your chart and pay attention to important aspects of the cosmic bodies below to your Sun, Moon, or rising.

If you don’t know what an aspect means or how to do this, this then I would suggest signing up for a session with yours truly.

Though not an exhaustive list… below are my favorite archetypes to look for in the chart as a way of appreciating your unique blend of witchy-ness based on your natal astrology placements: 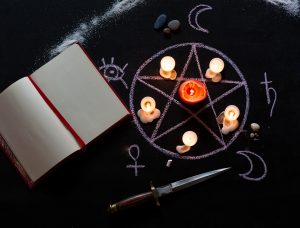 Both revered and feared, the goddess Lilith has long been a symbol of the she-who-will-not-be-tamed.

In the Jewish Talmud, she was the first wife of Adam and refused to submit to his sexual domination.

She fled Eden to mate with the Angel of Death and refused to return even after God asked, it was then when Eve was created as a subordinate and docile woman out of Adam’s rib.

There are four astrological points representing different aspects of Lilith’s dual role as both devouring mother and enlightened goddess.

But the most talked about is Dark Moon Lilith — an alignment position rather than a physical planet, indicating the point in the Moon’s orbit farthest from Earth.

In astrology, our Lilith natal connects us deeply to our primal instincts and natural impulses and reveals how we can uncover a deeper connection with our own primal instincts.

*To find Lilith in your chart, enter your birth information, choose “Extended Chart Selection,” scroll down to “Additional Objects,” and select “Lilith.”

Similar to Lilith, Vesta isn’t tied down by romance or oppressive men and honors the way we channel sexual into ceremony or connecting to spirit rather than just relationships.

Vesta refused to marry Apollo or Poseidon, though may have taken them as lovers.

Vesta worshippers, Vestal Virgins, didn’t get married and instead were honored for their chastity and keeping the sacred fires of Rome burning.

Astrologically, Vesta is second largest asteroid, discovered in 1807, and reminds us of our devotion and how we can commit to a spiritual path and guard our inner sacred flame.

In our charts Vesta indicates how our sexuality unfolds or develops with time as well as what we ritualize or what we desire to make sacred.

Connecting to this archetype celebrates bringing magic into the human experience through connecting with the divine.

*To find Vesta in your chart, enter your birth information, choose “Extended Chart Selection,” scroll down to “Additional Objects,” and select “Vesta.”

Just as witches were persecuted or rejected as outsiders or enemies, in Greek mythology Eris was pushed to the fringe and didn’t seem to belong.

As goddess of Chaos and Strife and sister to Aries the God of War, Eris is known to cause a ruckus.

An aspect of her mythology includes enemy making or fighting with those who seem different than us—rather true or not.

In the solar system, Eris is a Trans-Neptunian Object, meaning it is a minor planet beyond Neptune in our solar system.

A Sun or Moon connection with Eris often signifies feeling or identifying as an outsider or lone wolf.

Eris represents in our natal charts parts of us that we may disown and project onto others or groups of people, such as with xenophobia, and convince ourselves they are the “other.”

This archetype warns us against enemy-making and being constantly in opposition to others instead of connecting to the part of us that may create our own isolation.

*To find Eris in your chart click HERE, enter your birth information, choose “Extended Chart Selection,” scroll down to “Additional Objects,” and select “Eris” under Asteroids.

While Eris doesn’t mind starting a fight, Freyja prefers to defend instead of attack.

In Norse traditions, people called on Freyja to invite more love into their lives, and for them, love and war weren’t so separate.

Freyja was said to be the most beautiful and loving of the goddesses, though not just a pretty face, she was also the queen of the battle-maidens called Valkyries.

She drove a chariot driven by cats and in northern areas of the world is credited with bringing magic to humankind. The fear of Friday the 13th as friggatriskaidekaphobia comes from this goddess.

In the astrology chart, Freia, named after Freyja, was the 76th asteroid discovered in 1862, in Denmark.

The placement of Freia in our charts reminds us where we can harness our unique powers as both lover and fighter in our own lives.

This asteroid helps us defend what we care about and choose our battles wisely while remembering when it makes sense to soften into love.

*To find Freyja/Freya in your chart, enter your birth information, choose “Extended Chart Selection,” scroll down to “Additional Selection,” and type in 76.

Pluto, God of the Underworld, rules the domains of darkness and death.

In Greek mythology he was often closely tied to money and wealth and other symbols of power as the inner Earth was rich with minerals.

He was the husband of Persephone whom some say he abducted and others say she willingly went with him into the depths.

Those with prominent Pluto in their natal charts often have a keen interest in occult wisdom and the mysterious or hidden side of life.

Archetypally this dwarf planet—that recently recovered its status as a planet—connects us to what is concealed in ourselves as our disowned shadow or places of discomfort.

Pluto’s power often reveals itself by inspiring us to go deeper into ourselves, Earthly esotericism, and the darkness.

*To find Pluto in your chart, enter your birth information and make sure all the major planets are displayed.

Another mythological being comfortable with the underworld is the centaur Chiron.

In the Greek tradition, Chiron was half-horse and half-man and the son of Saturn, king of the Gods, and the nymph Phyllra.

After Chiron’s birth, Phyllra refused to look at him as she believed he was an eyesore.

He was orphaned and abandoned and then adopted by Apollo (the Sun God) and Artemis who taught him archery, herbalism, and astrology.

Because of this, he didn’t fit with other Centaurs who were considered less civilized and without education as he was a mentor to many of the gods and goddesses of Mount Olympus.

He was then shot by a poison arrow he helped create and begged to die because the pain was too terrible to bear.

Then he was immortalized in the sky by Zeus as Sagittarius constellation.

The goal of Chiron in our natal chart is to educate us about the wounds time won’t heal and the places we hold pain and a sense of unlovability.

It reveals to us how our issues, suffering, and woundedness play out in the drama of our lives.

Chiron is the ultimate wounded victim and savior/martyr complex as it wants to be rescued and also rescue others.

It’s often a sense of something being missing or broken.

People with prominent Chiron in their chart often have suffered from a major obstacle such as a mental illness, ongoing self-esteem struggles, emotional or physical trauma, or health conditions that require repeated attention.

The beautiful side of Chiron is when our difficulties become our greatest sources of healing for ourselves and others.

*To find Chiron in your chart, enter your birth information, choose “Extended Chart Selection,” scroll down to “Additional Selection,” and select “Chiron” under Asteroids. 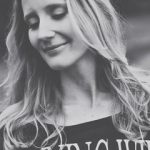 Rebecca M. Farrar, M.A. (aka Wild Witch of the West) is an archetypal astrologer and writer who offers cosmic guidance with a down-to-Earth approach.  Her archetypal astrology readings focus on asteroids, life purpose, soul-care, ancestral healing, and relationships. In 2018 she was voted “Best Astrologer” by Spirit Guides Magazine readers and was a founding member of Burning Man’s first astrology camp. In 2013, she completed her M.A. in the Philosophy, Cosmology, and Consciousness where her thesis work and studies focused on depth psychology, consciousness studies, and enchantment with the stars. When not staring at her transits or your chart, she can be found wandering Ocean Beach, curled up with a good book, or “force” cuddling her kitty Freyja. Learn more at www.wildwitchwest.com or join her Facebook Group called “Witches, Wild Women, & Wolves” — a community focused on the intersection of sex, power, and creativity.

images property of the author

Get to Know your Planetary Guides: The Nautical Metaphor in Ancient Astrology – Part 1 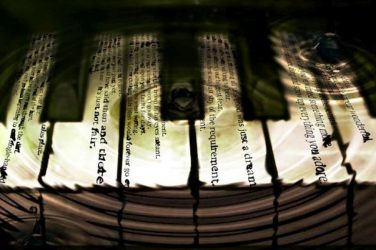 4 Reasons Why Music Is An Ancient Form Of Magic 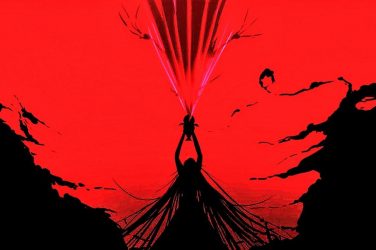 by Merhamet Miller   Somewhere deep within you, you remember the feeling of being ...

Whew, the air sure is thick with new year’s resolutions and intentions. Some people ...

Carolyn Elliott January 5, 2016
1 comments 0 Shares
WITCH exists to nourish magic in the world through shadow integration and shamelessness done with an awareness of "as within, so without - as above, so below." To write for us and reach an audience of thousands, please send submissions to assistant editor Karolina Boldt at badwitcheseditor@gmail.com.