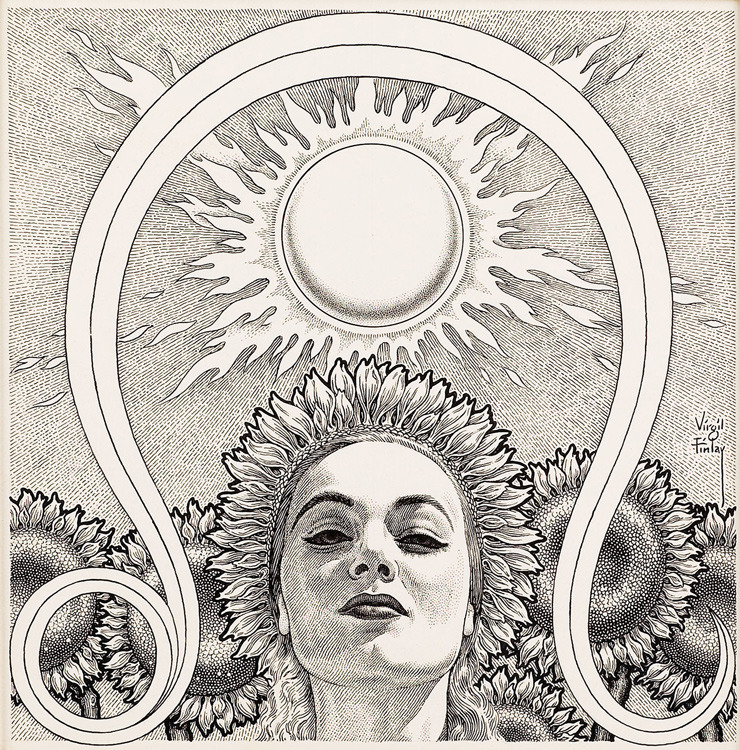 There’s a lot happening in July 2014’s astrology. Specifically, there are three retrogrades in the outer planets (Pluto, Neptune, and Saturn).

I used to not take astrology seriously… until my Saturn return snuck up on me and blew my life into bits in every conceivable fashion. Now I pay very close attention to the dance of the stars. I actually think it’s essential for any sensitive magical person to do so – because in my experience, the more open you are, the more you’ll experience the effects of the planetary movements.

So let’s take a look at what these retrogrades mean for us according to some very fine astrologers.  We’ll also take a look at the meaning of this month’s full moon in Capricorn.

When direct, or when Pluto is moving forward as usual, this planet is much like the God of the underworld for which it was named. It governs over transitions. Pluto holds a powerful influence over transformations, both personal and generational. Its energies are both destructive and creative, for it must tear down one thing in order to build up another.

The biggest transitions of your life will be experienced in the areas governed by the house Pluto falls under in your natal chart. It can be quite scary to face Pluto’s powerful energies because it’s like being willing to undergo death of sorts in order to experience rebirth.

Pluto brings you to the moment of reckoning. It can be a humbling experience, but only by facing the fire can you emerge like a phoenix rising from his own ashes.

Most planets in retrograde are somewhat reversed—that is, their influences can be fairly opposite of what they are normally. In Pluto’s case, when in retrograde, its influences are not reversed or opposite; rather, it seems to go into overdrive.

It can be very intense and even more fearsome. As Pluto direct forces us to face challenges outside of ourselves, Pluto retrograde forces you to look inside of yourself and face challenges. This can sometimes be unnerving, because the transformations we undergo under the influence of Pluto retrograde tend to require a complete breakdown of the old ways and ideas before we can move forward again.

Pluto brings us face to face with our shadow self. We often consider the shadow self the “dark side”. It’s our negative emotions and desires that we oppress, often don’t even like to admit to, and deal with those parts of ourselves that we do not like. When Pluto goes retrograde, it’s a good time to take on any endeavors seeking regeneration. 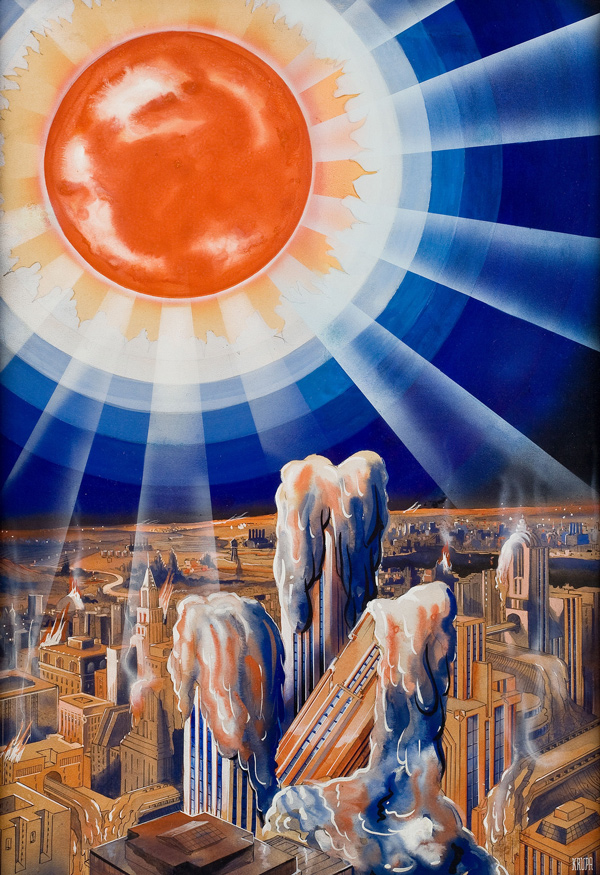 On the Neptune Retrograde that started on June 9th and will end on November 16:
From Lynn Koiner of Lynn Koiner Research Astrology:

Similar to the natal retrograde Neptune, the transiting retrograde causes sensitivity and receptivity to be much more acute. Due to this heightened receptivity, we are allowed to see far more than is possible when Neptune is direct. This is possibly a result of augmented intuitive or inner vision that bestows a different and more insightful perspective on matters.

Delusional hits: There are no afflictions to the outer planets this year.

When Neptune turns retrograde, our feelings are more astute at picking up and perceiving the illusive. It is easier to ascertain information about issues that have eluded us while Neptune was direct. Delphine Jay feels that it is essential that we do something about the problems that we pick up on while Neptune is retrograde because they can worsen when Neptune goes direct. I personally have noticed that, if you do not work on an internal level while Neptune is retrograde, you will be plagued by feelings of disillusion and vague dissatisfaction.

As one’s perceptions become more acute, it is important to listen more, listen to the “inner voice,” so that you can see more of what is going on around you. It is essential that you talk about what you are feeling, sensing or absorbing because Neptune retrograde can produce a type of psychic overload for very sensitive people. Heightened sensitivity can be both an asset and a liability.

On the Saturn Retrograde that started in March 2014 and will end on July 16:

From Jamie Partridge of Astrology King:

Saturn is the Lord of Karma. Retrograde motion is a time when karma is sorted out. Therefore Saturn retrograde 2014 is a double dose of karma. Before we get into this, we need to understand what this word means. Karma is a form of energy that is very real. Like Saturn, it is very closely bound to time. Past, present, and future blur into one. If we have been bad in the past, then at a certain predestined time, an event will occur to teach us a lesson. If we been good in the past, then at a predestined time, an event will occur to reward us for our good deeds.

With Saturn in retrograde motion, the karma will relate to how responsible we have been in the past. The implications will affect our sense of security.” 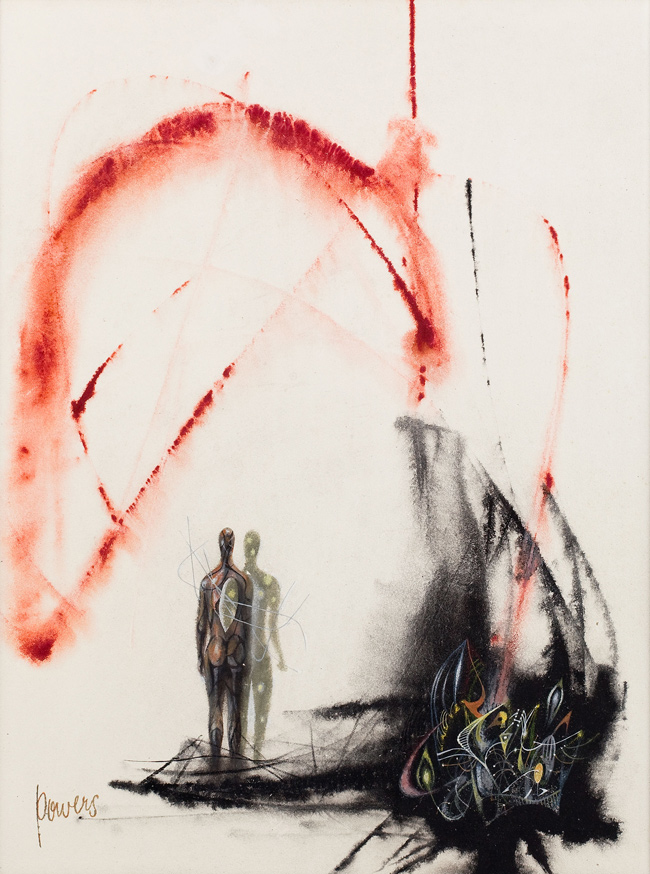 The Full Moon July 13 2014 is at 20º Capricorn and falls in the constellation of Lyra the harp, held by a vulture (The Moon is close to Sheliak, the star in the claws). So this Moon is also a bird of prey; a raptor. This is because of its square to bloody Mars and it’s extreme closeness to Dheneb (02º) in the tail of Zeus’s Eagle.Capricorn decan 3 successfully combines artistic and musical ability with a great business mind. If this Moon touches us we will feel aspirational and be thinking very highly of ourselves. We won’t brag about our talents however, for this zone brings quiet assurance.

The bird of “pray” Full Moon influences us to connect to the “gods” up there, but can equally give us the same connection with the spirituality in nature. We can feel as if we have an “All seeing eye” because of the elevated perspective of this decan, which will also give us great vision. We will see far into the future as well as far into the past. There is a ruthless side to this moon of course, with the influence of the claws of the Vulture and the Eagle’s killer instinct. Three great (or not so great) powers have used it as their symbol, the mighty Roman Empire, the Nazi party and more recently the United States of America.

Eagles are a natural choice for a superpower to display as its symbol. The Moons closest aspect is the square to Mars which them makes a grand square to Persephone’s Nodes mentioned in the 2014 forecast. Moon square Mars is a highly emotional, combustible and passionate combination. The square brings such intense feelings and moods to a crisis point, so we will need to vent this great energy into a project with Moon/Mars themes. The best option, considering Ceres is involved too, would be to protect and defend ones family.

So, bad witches – there you go. The astrology round-up for July 2014. Have fun with those retrogrades – I know I am. 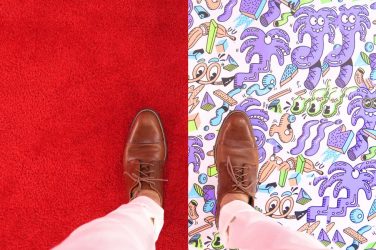 The Power of Cognitive Dissonance – Stop Shaming Your Contradictions

In short, allowing yourself to love every last part of your full-blown contradictory self ... 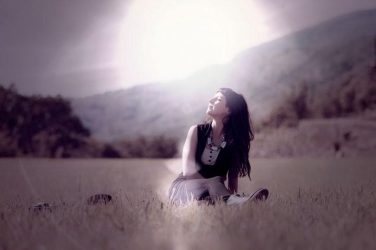 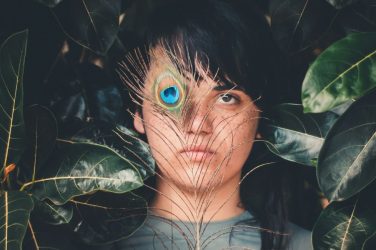 The Unapologetic Witch: Shaping Ourselves Through Our Own Eyes

The time is emerging where we are beginning to see and shape a new ...

WITCH March 26, 2019
0 Shares
WITCH exists to nourish magic in the world through shadow integration and shamelessness done with an awareness of "as within, so without - as above, so below." To write for us and reach an audience of thousands, please send submissions to assistant editor Karolina Boldt at badwitcheseditor@gmail.com.