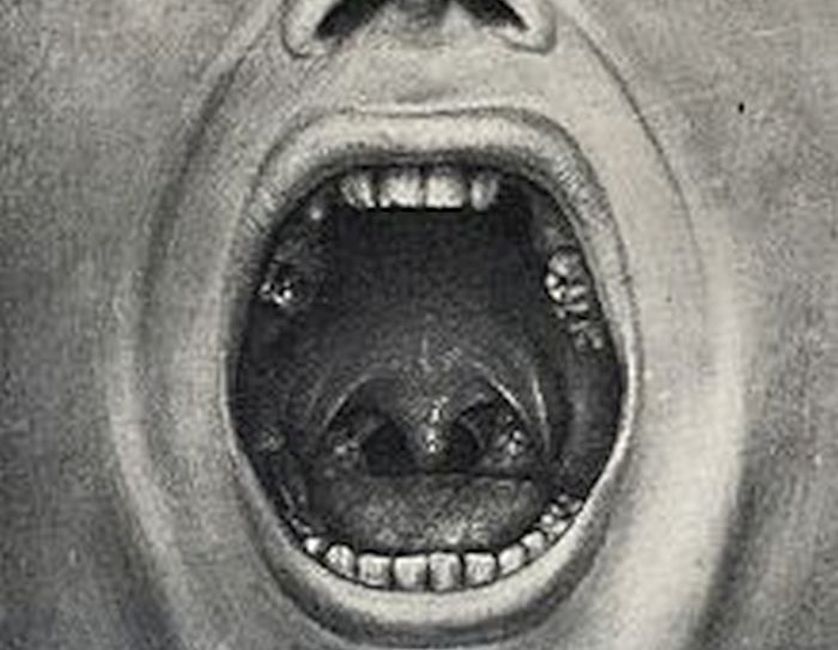 When you feel stuck in a rut and the frustration finally gets to you enough that you finally want to do something about it, there are many things you can do, but what you really need to do is just say fuck it and blow everything up in your life that isn’t working for you.

You need to go insane to find yourself and also figure out how you’ve been getting in your own way. Or as I put in Mid November, part way through my process of going insane,

Sometimes you have to go mad in order to find your sanity.

Fed up with my situation of being stuck in a rut, at the end of October, I decided I needed to take spiritual retreat away from my regular routines of writing and business.

And to help me with that, I decided to call up and work with Eligos, who’s a Goetic Daemon of time and writing. I knew I needed an accountability partner, and a good friend, Felix Warren, had recently introduced me to Eligos through his work with the Goetia.

Eligos is a charismatic Daemon. He’s attractive, intriguing and he knows his ways around words and time. He can ensnare you with a look, a word and take you on an adventure. 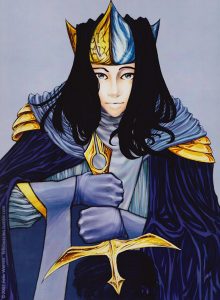 When I invoked Eligos on November 1st, the first thing he told me was that I had to stop writing for everyone else. I could only write for myself and I couldn’t even do that right away.

That first week my fingers itched to write, my brain raced with thoughts, but I couldn’t write. Every time I started to, there was Eligos saying you need to wait, the time isn’t right. I was undergoing withdrawal from writing and it felt like I was coming off an addiction to cigarettes.

I craved writing and I couldn’t write. 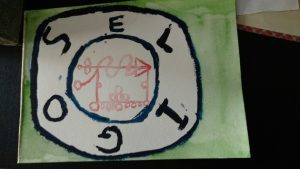 The second week I still wanted to write, but it didn’t hurt so much. It was a dull throb instead of a sharp itch on my fingers and brain.

I felt the tightness around my heart loosen, no longer so constrained by frustration. And as it loosened, I began to see how much the routines of my business around writing, and other work wasn’t really helping me.

My writing was cold, clinical and cerebral. It didn’t touch the heart because I wasn’t in touch with my heart.

When you don’t write from the heart you can’t connect meaningfully with your readers.

I didn’t just have frustration I was dealing with, but also shame and disrespect. By not writing, Eligos forced me to take a good hard look at what I was hiding from within myself.

My writing was a distraction from the internal work I needed to do. During that second week I came face to face with those feelings and instead of boxing them and wrapping them up in some activity, I let them loose, let myself feel them in my body.

I felt the tangled knots of fear in my belly, the closed walls of frustration around my heart dissolve like ice melts in water.

Halfway through the third week, Eligos told me I could write again. But I was only to write for myself.

I looked at the writing on each of my websites and started revising it, from my heart instead of my head. I allowed myself to be moved by what I was feeling and to inject that into my writing.

And finally I started to tap into my identity as a mad scientist and magical experimenter. I had denied myself that identity for a long time, thinking I could somehow fit in more, be more acceptable if I wasn’t true to myself and what really called to me.

Eligos ripped the scales off my eyes and helped me see how I had disrespected myself and my readers by not embracing my identity.

Embracing my identity through writing meant confronting my demons of shame and fear, but also recognizing that I needed to fundamentally change how I wrote and what I wrote about.

Eligos steered me toward Thrill, a class by Carolyn Elliot, assuring me that signing up for it would be part of how I would rebirth myself as a writer. I was like a phoenix, burnt to ashes by my burnout with my writing, and then brought back to life, reincarnated to write again, but not in the way I’d written before.

No more writing from the brain. No, it’s time to write from the heart. 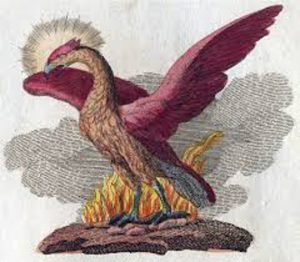 At the end of November, Eligos congratulated me on making it a full month without writing for someone else. You can write again if you want.

And I did, I do, but I decided to change how much I wrote, give myself permission to write less, and to continue focusing on rebirthing my identity as a writer, magician, business wizard, etc., etc..

I gave myself permission to continue to go mad in order to find my sanity.

Since taking that spiritual retreat I’ve made a lot of changes to my writing and businesses, but most importantly I’ve changed my identity.

I’ve stepped into my identity as the mad scientist and magical experimenter I’ve always been, but now I live it fully. It is who I am, what I am, my calling and mission.

I’m no longer trying to fit in with the rest of the occult community. Instead I’m doing what I’ve always done best, striking out my own, and charting the future of magic.

Want to come along for the ride? 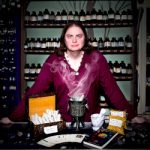 Taylor Ellwood is the mad scientist and magical experimenter of Magical Experiments. He’s also the author of over 20 books including Pop Culture Magic 2.0, Magical Identity, and Space/Time Magic. He teaches people how to personalize their magical process so they get the most bang for their results. 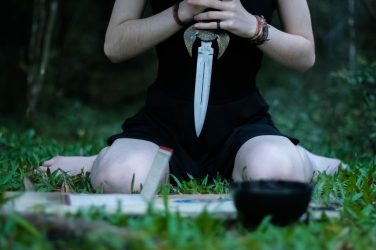 It’s not a hard job: you just follow your natural inclinations and obsessions. 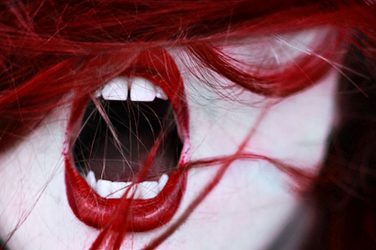 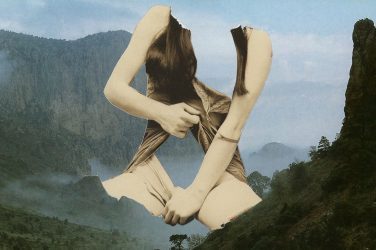 Carolyn Elliott September 1, 2015
0 comments 0 Shares
WITCH exists to nourish magic in the world through shadow integration and shamelessness done with an awareness of "as within, so without - as above, so below." To write for us and reach an audience of thousands, please send submissions to assistant editor Karolina Boldt at badwitcheseditor@gmail.com.