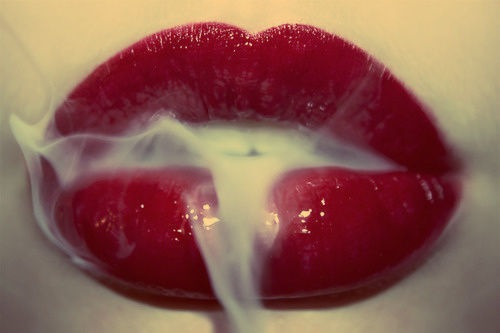 Note: Carolyn Elliott is the co-editor of BAD WITCHES. You can find out more about her at carolyngraceelliott.com.

In light of my boot-strapped success as a digital nomad which I wrote about in 17 Bizarre Philosophies that Made Me $10,000 Last Month,

a lot of folks have asked me to fill them in on more details of my journey.

At the start of June in 2013, I was living in the second-floor apartment at #4, 322 S. Atlantic Avenue in the Friendship neighborhood of Pittsburgh.

The notable features of #4, 322 S. Atlantic Avenue included, but were not limited to:

I lived in this apartment for five years.

Seeing as the best part of it was the balcony, I spent all the time I could there that weather would allow. June in Pittsburgh was generally real good balcony weather.

In June of 2013 I had a contract job as a piece-meal online resume-writer for illiterate Coca-Cola executives that gave me shooting pain in my eyes from squinting at formatting protocols, so I did the bare minimum I could do and still survive.

I spent most of my time sitting on my balcony, meditating.

Specifically, I practiced a kind of meditation that involved repeatedly breathing an imagined golden light from the base of my butt, up through my spine, up through the center of my brain, right smack to my third eye.

Why was I spending so much time doing this kind of meditation?

Well, mostly because it helped to restore my vitality following the harrowing suicidal depression I had fell into the previous fall (the depression happened in connection with a failed attempt of mine to get married) that had nearly killed me. 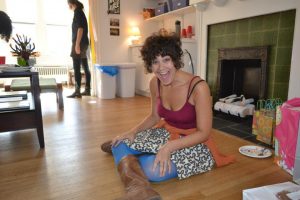 [ here’s me at my lovely wedding shower, where I was smiling for the camera whilst feeling completely fucked up because I had already begun to realize that my groom was – shall we say – not at all compatible with me – and the wedding plans were in full motion, like a giant 16-wheeler truck! NOTE: the apartment pictured is not 322 S. Atlantic. My apartment was way too ugly to have a wedding shower at ]

The energy and buoyancy that the golden spinal breathing meditation produced in me felt very different from the crushing evil bleak lethargy that had sat on my chest throughout October and November and December of the previous year.

Therefore, I was all for it.

Also, I wanted to become capital “e” Enlightened – which I think is a fairly common ambition amongst my generation.

On reflection, it’s fairly obvious that my especially strong commitment to becoming enlightened, which had begun around Christmastime the previous year, stemmed from my immense self-pitying disappointment with the rest of my life.

There I was, divorced in a sort of half-assed way (I left my raving ex on our wedding night, we had a self-uniting Quaker marriage license in Pennsylvania – and we just never mailed it in! – so technically I do not have an ex-husband, I have an ex-wedding partner)….

….  living far below poverty level, not at all the literary success I had intended to be by that time, with only a goddamn PhD in English to show for the first decade of my adult life.

Here’s an old dark academic joke that wasn’t so funny to me in those days:

Question: What can you do with a PhD in English?

Answer: Anything you can do without one!

So perhaps it’s not hard to understand how it was that I arrived at the hope that even if I could not harness worldly success, perhaps at least I could still grab the glittering brass ring of Eternal Liberation and thereby my  existence would not be utterly for naught.

So, what do you think happened next? 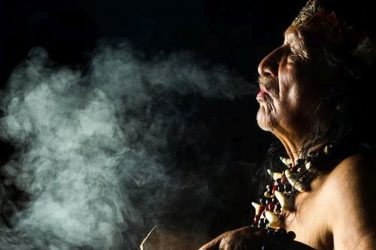 Journeys To The Dark Side

Sometimes it feels like, rather than communicating with, and showing you, the medicine just ... 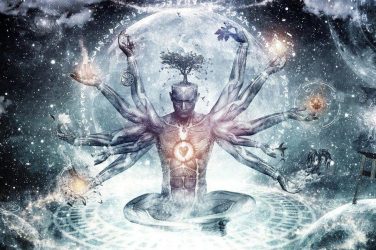 Maybe finally writing this public confession is the first step to acknowledgement and acceptance.

The Nodes are symbolic representations of the karmic imbalances we were born with and ...

WITCH December 11, 2018
0 Shares
WITCH exists to nourish magic in the world through shadow integration and shamelessness done with an awareness of "as within, so without - as above, so below." To write for us and reach an audience of thousands, please send submissions to assistant editor Karolina Boldt at badwitcheseditor@gmail.com.