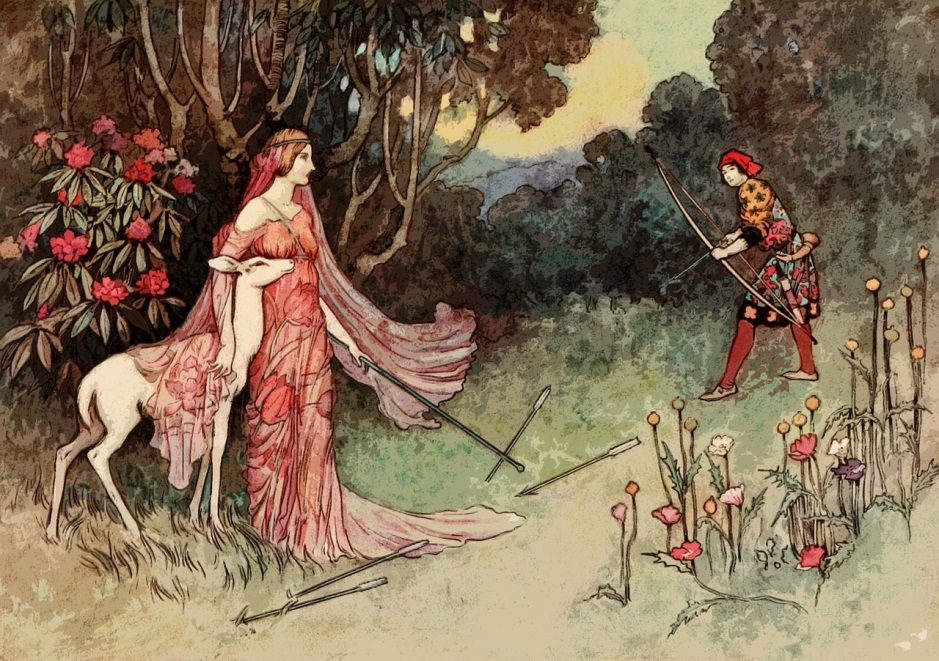 The cackle of a woman’s inner witch grows louder with age and wisdom. Every wounding, separation, and loss is a call to set her free, and the heroine’s journey of the witch follows a dynamic spiral dance beginning with the holy fool’s first, shaky steps on unfamiliar ground.

The internal and external trials a woman faces as she reclaims her identity as sorceress, witch, and priestess have been soul-written in her life’s Book of Shadows before she was born, and all are absolutely vital to her magick-maker’s toolbox.

With every transition on the Witch-Heroine’s journey, an award is offered up in the form of energy infusion; if she chooses to accept these gifts, she will surely be aitch to be reckoned with upon her return home.

Her inner witch lies comatose in the ordinary world, when a woman is a fragile young one peering longingly through stained glass windows, forced to pray to a male deity, and warned against knowing her true power.

She is innocent, and she is blameless in her malleability. Every denial of her she-magick is another pain-killing and soul-numbing needle poked straight into her vein, and the gift she brings back is a subtle, masked rage that will lie in wait until she is ready to wield it.

2. The Adventure Call: Dreaming the Wand

The universe does not take her denial of her birthright lying down, and will regularly slap her in the face with opportunities to harvest her magick.

Terrified of the social ramifications, but far more suspicious of her own potential power, a woman will dream of the metaphorical wand hidden in a dark place, refusing to admit her hands are aching to hold the thing.

The gift of this stage in the Witch-Heroine’s journey is greater self-knowledge and an emergent hope that she will one day feel worthy of the name Witch.

In the absence of any spiritual nourishment, a woman will follow the easy path of new age dogma upward into the light.

She will look to the predatory gurus for salvation, and she will deny her feminine agency.

In refusing to accept her spirituality as wild and entirely her own, a woman will seek external validation over and over again until this new type of wounding becomes unbearable.

The gift she brings back from this stage of her journey is a newfound understanding of illusion and a healthy trepidation of those who seem to have all the answers.

4. The Stagnation of Mentorship: Leaving One Cage for Another

At some point, the woman realizes she has liberated herself from one dogmatic cage only to enter into another somewhat larger but still incredibly oppressive prison cell.

She was arrested, convicted, and booked by a mentor or group of mentors who framed themselves as enlightened and all-powerful. They promised to teach her of her power, all the while robbing her of her spiritual autonomy.

The Witch-Heroine feels she can go no further, but what she brings back from this stage is absolutely vital to her evolution; she brings back a renewed sense of self-worth, a bone-deep understanding of her own divinity, and a replicable escape plan she will use for the rest of her life should she find herself in any spiritual cage built by someone else’s hands. 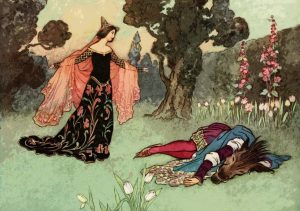 5. The Threshold: Becoming the Eternal Student

A wide, dark, and fertile void must be filled when the woman has amputated the most insidiously indoctrinated beliefs.

She now has a massive space to fill in her feminine psyche, and she leaps across the threshold away from externally presented spiritual paths and toward an internal knowing of her unique, witch’s truth.

She vows to become an eternally discerning student, learning and sorting through available teachings, spells, tools, and mythos in order to hand-craft her practice and philosophy.

From this point forward, the greatest threat to her power is her own feelings of inadequacy and fear of failure.

She brings back the apparently contradictory gifts of fortitude and humility, having lived through her spiritual dark night of the soul, Witch-Warrior that she is, but still licking the wounds of her early spiritual development.

6. The Trials: Swimming the Witch

Upon crossing the threshold, the witch faces a number of trials. She continues to face much social stigma, but the true tests come from within her own so-called community.

Even if she identifies as a solitary, she is still regularly spit upon by those who are so fragile in their own beliefs they must challenge hers.

She will be told she is not witch enough, and she will be bound and dragged to the river time and time again by other witches who want to test her knowledge and her power.

The gift the heroine brings back from demonstrating her ability to float, from moving through the witch-hazing in whatever way she must, is an important understanding that there are bullies within every spiritual community.

The woman now knows that owning the name Witch has not saved her from closed-mindedness; it has only given her a different set of tools for dealing with oppression.

7. The Shaken Certainty: Approaching the Stone

She will feel a profound uncertainty when she realizes her craft will ebb and flow, that some days she will immerse herself in her practice and others she will neglect it altogether.

She will ask herself if her magick is worth it, and she will look at her spiritual development objectively and with necessary scrutiny.

She may indeed face yet another dark night of the witch’s soul, a wounding that is, in essence, a clue that she is close to approaching rebirth.

The gift she brings back from this time is a sort of light-heartedness that will serve her well in the future when she begins to take her craft too seriously.

She learns she can be fully witch and yet not constantly feel she is a fire-born dragon-rider.

8. The Rebirth: Trusting the Journey

Often beginning with a severance of outmoded relationships, the Witch-Heroine is reborn when she realizes she can simply trust the journey.

The rage and healthy distrust that served her until now begin to transmute into a newfound power. Her council will come to her, and she will attract those who suit her new path.

She truly owns her identity now, makes no apologies for it, and harbors an in-the-blood knowing that every single step on her path has led her to this pivotal point.

The gift she brings back is renewed innocence and calm, steadfast wisdom that will serve her until the end of her days. 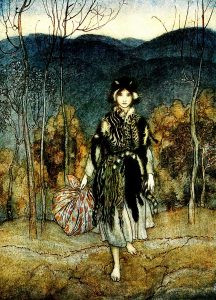 9. The Wand in the Stone: Transforming the Tool

The woman seizes the wand when she sees it for what it is; it is a not a merit badge or crown.

When the Witch-Heroine knows every spell, tool, and piece of pagan wisdom as part of her, as an extension of her own being that supports her practice uniquely, she no longer needs any validation.

She has not only claimed the name Witch; the word is so enmeshed in her body and mind that she can hardly remember a time when she identified as anything else.

The gift she brings back is a genuine internal realization of magick as all-pervasive and herself as wholly holy.

10. The Road Home: Communing with Seekers

Others will come to her now, seeking mentorship and advice.

She will incessantly be asked which spell works for what, and she will grow tired. The road home is a long one, and the Witch-Heroine uses this part of the journey to commune with those she deems deserving of her advice.

She must guard against energetic depletion now with all that she is, snarling at the psychic vampires who lurk around every corner.

She brings back the gift of intense shielding techniques that will keep her soul safe when the demands of others are too great.

The witch now owns a keen awareness that this journey is ending, and she begins to frame her spiritual development within the grander context of the Mystery.

She surrenders completely to the grand design, whatever it may be, and she takes stock of her resources. The realization that witch-hood has been integral to her sacred work is a powerful one, and it may knock the wind out of her.

She brings back a sense of serenity and at-one-ness that may have escaped her for much of her life.

The Witch-Heroine comes full-spiral when she is once again the innocent Maiden.

She has learned much on her journey, and she has been infused by the electric power born of every tribulation’s gift.

She has come home, and now she must sink into her fertile, dark depths before the next cycle begins. She is a witch reborn, a witch returned.

She rests now, and the whole of the world waits for her to awaken.

Danielle is a long-time activist for wild woman spirituality and the divine feminine’s return. She is the author of the forthcoming book Woman Most Wild: Liberating the Witch Within.  She believes that all women alive today are meant to be instrumental in supporting positive social transformation through wild woman spirituality, reclamation of the name Witch, and the magick of sisterhood. Visit her website for more information.

10 TIMES NOT TO CONSULT A PSYCHIC 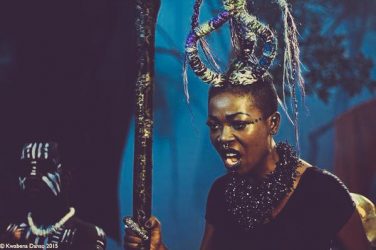 ★ Ghanaian singer Azizaa recently discussed her recording of Black Magic Woman as a ... 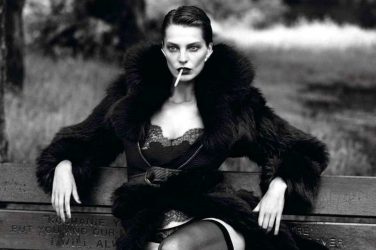 7 SIGNS YOU’RE A WITCH AND DON’T REALIZE IT

The possibilities here are endless. Everything you’ve read so far is true about you. 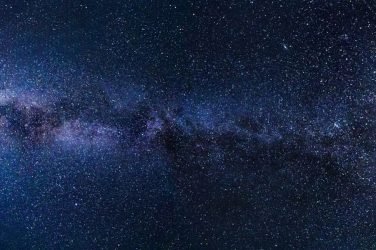 My feet actually felt like they were on fire at one point... such was ...

WITCH February 13, 2018
0 Shares
WITCH exists to nourish magic in the world through shadow integration and shamelessness done with an awareness of "as within, so without - as above, so below." To write for us and reach an audience of thousands, please send submissions to assistant editor Karolina Boldt at badwitcheseditor@gmail.com.