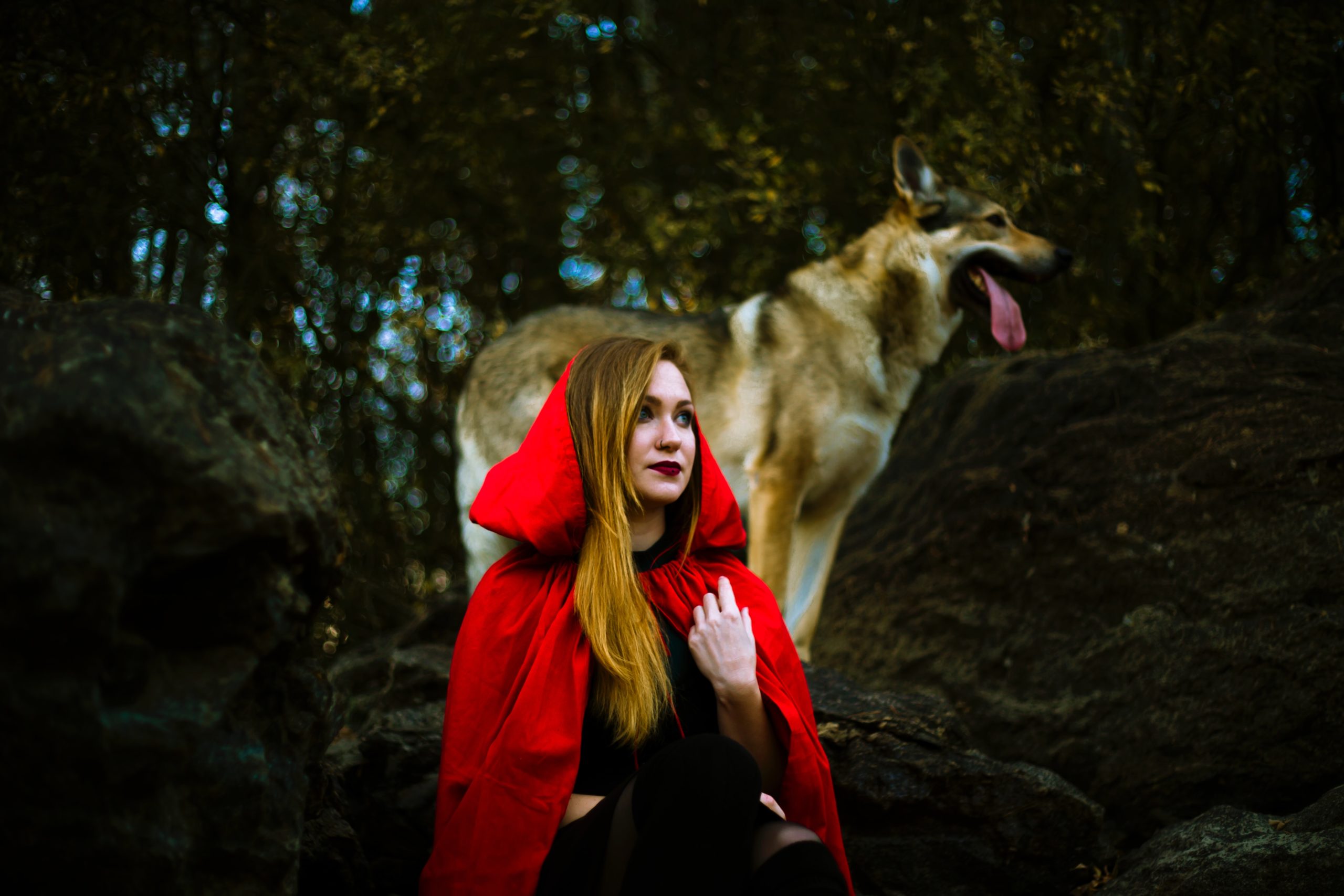 The more I learned about the abuses of animals in everyday human society, the more animal rights activism became an extension of previous activism I had been involved in.

My worldview as both a vegan and witch began to overlap in more ways yet this topic is not one which is widely discussed or explored.

For most ethical vegans- or those who abstain from or work to dismantle the industries of animal slaughter or exploitation (as compared to people who abstain from eating animals for health reasons), it seems obvious that whatever spiritual beliefs one holds would be the baseline for the decision to go vegan.

Yet just like the call to the Goddess varies among pagans as does the interpretation of paganism, so too is the varying of interpretations and motivations for veganism.

In my pre-vegan years as a practicing witch, I still considered myself an animal lover. 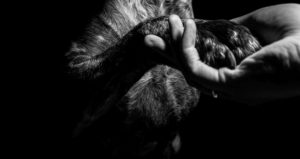 Drawn to the Goddess religion in part because of a close connection to nature and the archetypal elements, it made sense to see all of nature as sentient (and still does).

Yet years of indoctrination and cognitive dissonance allowed me to ignore the hypocrisy of animal exploitation and consumption.

Early in my wiccan practice, I felt a special connection with the Goddess Artemis, protectress of the wild animals, children and the forests.

Since childhood, I have had numerous synchronistic experiences being exposed to various degrees of harsh reality about animal exploitation.

I read Peter Singer’s Animal Liberation as a young teen but like many, cognitive dissonance allowed me to be moved by parts of it while making justifications for the consumption of animals.

In my early thirties, I was exploring the idea of urban homesteading.

That is when I had a powerful dream that changed my life. In the dream, saw a turkey walking down the street.

I pursued the turkey, and to my surprise, caught him. It was at that moment, in the dream, that I realized that this was my test.

If I am going to pursue animal agriculture on a small scale, now was my chance to prove that I could actually take a life.

In the dream the bird was in my hands, not fighting, waiting for my decision.

I heard a woman’s voice say “Go ahead, if you are going to do it, do it now.”

My stomach felt sick and I could physically feel the turkey in my hands, the thought of harming him was sickening. I couldn’t do it.

I put the bird down and he ran away. The voice then said something to the effect of “If you can’t bring yourself to kill, you have no business eating who others have killed.”

I woke with no desire to eat meat again, yet it would be a few months before a film called Speciesism showed me compelling moral reasons to give up all animal products.

It is my belief that the Goddess, or if you prefer, the Goddess energy of Artemis, protectress of animals, had inspired me to test myself in this way in the dream and had subsequently guided me to a vegan lifestyle.

‘But wait…’ you may wonder, ‘why would a huntress want you to give up animal consumption? Isn’t that a distortion of the original myths?’

Yet it is essential to break down a few key concepts.

First, while beliefs may vary from person to person, it is my belief that Deity is real, yet the personification of Deity is now and has always been a human construction.

In other words, the benevolent energy of Divine Spirit, to me, is real and can manifest in physical ways as well as emotional, psychological and energetic.

Yet it is also my belief that this Divine Source is filtered for human understanding through lenses that humans can comprehend and relate to.

Therefore, the archetype of protection, determination, ferocity and wilderness is interpreted through the human cultural lens of the act of hunting (in a culture where hunting is acceptable).

Some degree of patriarchy also influences the lens of the Artemis stories, as she is portrayed as a ‘virgin’ deity, though this is interpreted by various groups as referring to her wild and independent nature, not to her sexual practices or lack thereof.

I personally do not conceive of any God/dess as having a physical body, roaming around the woods or surfing on the waves on a giant seashell, acting out the instincts inherent in human nature.

Instead, I see the God/dess as the highest expression of creative energy, connecting with human experience and then interpreted through a human/cultural lens. 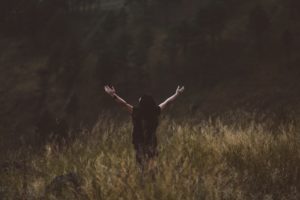 Is it a distortion to re-create God/dess myths to fit new perspectives?

But this is exactly what every culture has done since antiquity and in some ways is essential.

It is now accepted that a ‘Mother Goddess’ need not represent a person who is literally a biological mother just as it is accepted that one need not literally become a mercenary in order to connect with the archetype of ‘Warrior Goddess.’

It is in this vein that I suggest revisioning the archetype of Artemis as a means of inspiration to the mission of veganism.

That her archetypal energy can become a focal point and guide to the energy of those of us dedicated to protecting animals and the environment.

I am by no means an expert on Greek mythology, there are a few examples of prominent stories that inspire this interpretation of Artemis.

First, though she is portrayed as a Goddess of the hunt, she is also a protectress of animals, children and the wild.

Stories I have found make vague references to her having a love of the hunt and ‘chase’ but do not describe instances of killing specific animals.

On the other hand, there are numerous stories of Artemis killing or pursuing humans in the defense of animals or for revenge.

I don’t subscribe to a literal interpretation of any myth, but look for the broader essence and lessons of our innate potential to be powerful, ferocious, focused, persistent, independent and protective.

The ability to challenge those in power and to use our ‘weapon’ to bring justice and pursue our goals.

Artemis is also said to have been tricked by her jealous brother, Apollo, into killing her love
interest, Orion.

There is an important lesson in this story as well about the dangers inherent in hubris. As much as the competitive nature of the Artemis archetype may bring motivation, it can also be destructive and lead to great loss.

Taken through a modern, vegan lens, Artemis is a great ally as she is the protectress of animals.

Activists hunt down the source of cruelty, exploitation and abuse and with the ferocity of the Goddess Artemis, focus our efforts and work tirelessly to put an end to such industries and practices.

We can see her famous arrow as symbolic of a focused mission.

Activists use the phrase ‘for the animals’ as a slogan to keep focus on the reason for our sacrifice. Our target is not a deer or a fox, but the goal of liberation.

The arrow could also be said to represent the sharp, painful wound of truth.

The ‘weapon’ used to pierce the illusions and cognitive dissonance of others is not a physical weapon, rather we are armed with information and as the saying goes, the truth hurts and the pen is mightier than the sword.

Artemis’s energy can be seen in the efforts of those who pierce the defenses of the animal
agricultural industry by going undercover to hunt down and expose cruelty, as well.

Artemis’s ‘virgin’ status is openly interpreted as representing her independent and wild nature.

She lives in the forest, not in human society. How often do vegans and activists feel alienated?

Set apart from mainstream community by the urgency of our mission (our hunt) and our deeply
held convictions?

Unphased by the reactions of our fellow humans (or at least not effected enough to back down from our challenge and abandon our beliefs), we continue to pursue our goal, like the huntress.

We are undeterred by the danger or stigma associated with our mission.

We are not confined by our need for acceptance or approval of others. In this way, virgin implies
self-possessed and acting with personal autonomy.

Artemis favors all wild animals, children and the vulnerable.

Envision yourself connecting with this energy when you are facing difficulties as an activist and need to call on your strength, cunning, wit and speed. 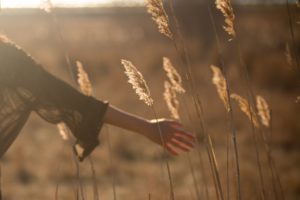 Focus on your hunt for justice and animal liberation.

Call on this archetypal energy when you want to protect any animal but especially dogs, wolves, bears, raccoon, deer and animals dwelling in the forest.

You don’t need to leave offerings of animal bodies or parts to Artemis or any Deity.

Instead consider an offering of incense or plant-based food for the animals.

Work with the Goddess both in your ceremonial work but also in your mundane practice.

Meditate to align with her energy before you go to a protest, as you write letters or petitions and
perform other mundane tasks to help hunt down the sources of animal oppression and dismember
these systems. 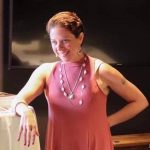 Angela Kaufman is an Intuitive Empowerment Coach, and author of the book, Queen Up! Reclaim Your Crown When Life Knocks You Down- Unleash the Power of Your Inner Tarot Queen (2018, Conari Press). She specializes in blending the mystical and mundane to help women at the crossroads connect with their core sources of power to overcome obstacles. She is also an activist and artist. For more information visit intuitiveangela.com.

7 Ways All Mothers Are Witches 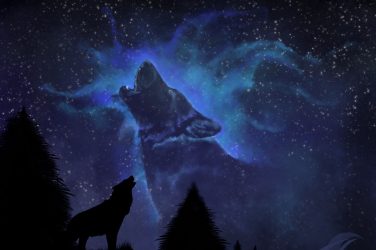 If we truly want to connect with the energies of nature we must be ... 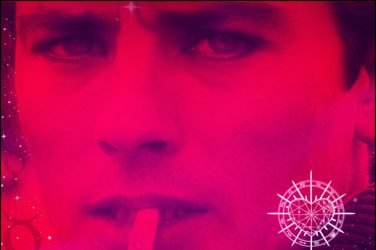 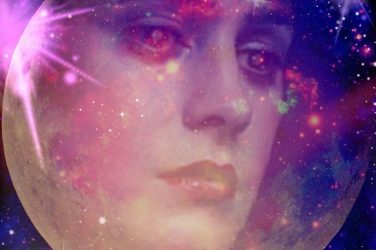 No matter what your external circumstances are, at this Full Moon in Aquarius, may ...

Aeolian Heart August 17, 2016
1 comments 0 Shares
WITCH exists to nourish magic in the world through shadow integration and shamelessness done with an awareness of "as within, so without - as above, so below." To write for us and reach an audience of thousands, please send submissions to assistant editor Karolina Boldt at badwitcheseditor@gmail.com.