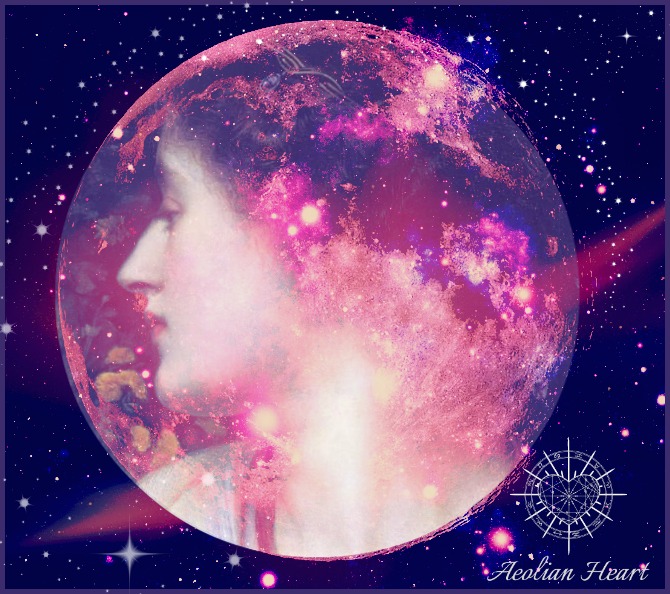 Turning and turning in the widening gyre

The falcon cannot hear the falconer;

Mere anarchy is loosed upon the world,

The blood-dimmed tide is loosed, and everywhere

The ceremony of innocence is drowned;

The best lack all conviction, while the worst

Are full of passionate intensity.

Surely some revelation is at hand;

Surely the Second Coming is at hand.

The Second Coming! Hardly are those words out

When a vast image out of Spiritus Mundi

Troubles my sight: somewhere in sands of the desert

A shape with lion body and the head of a man,

A gaze blank and pitiless as the sun,

Is moving its slow thighs, while all about it

The darkness drops again; but now I know

That twenty centuries of stony sleep

Were vexed to nightmare by a rocking cradle,

And what rough beast, its hour come round at last,

Slouches towards Bethlehem to be born?

William Butler Yeats was one of the greatest poets of the 20th Century. His visionary poem, The Second Coming, was written in January of 1919 when he was 44 years old. As a mythic image of humanity’s great sense of anticipation, this flowering of imagination speaks to all times.

There is no doubt that we are living in revolutionary times, though it may be that every one living in every time has concluded the same thing. Nevertheless, this Information Age is accelerating knowledge much faster than life, limb, or wisdom can dream of keeping pace with. And in the Western industrial world, because all basic survival needs have been managed, we are enacting the melodrama of human survival by drowning in a plethora of money/information/ideas. . .the society and the spectacle…

The ceremony of innocence is drowned;

The best lack all conviction, while the worst

Are full of passionate intensity.

The first Full Moon of 2017 will occur on Thursday, January 12th at 22 degrees Cancer. The Moon is at peak strength in her sign of rulership, Cancer, and thus will be particularly potent in summoning the forces of Primal Love, which contains all the light of heaven and (according to Dante) all the powers of hell.

This particular Full Moon in Cancer will be opposed the Sun/Pluto conjunction in Capricorn, catalyzing a Cardinal Grand Cross with the opposition between Jupiter in Libra and Uranus in Aries that has been in effect for a few weeks now.

A grand cross is a configuration of two tense oppositions, which naturally divide into four very stressful squares. To be drawn in four directions at once like this by the fervid cardinal energies is to be stretched beyond any reasonable vision of the future.

For how can you find true north while also traveling east, west and south? In response to this stress, a temporary state of oblivion may arise.

For all its progress of technology and ideas, this era is just like the last Century when Yeats was writing: a furious gyre of systems (towers of former glories) falling apart and losing control.

Turning and turning in the widening gyre

The falcon cannot hear the falconer;

Mere anarchy is loosed upon the world,

You may be confronted by grandiose insecurity, constructed from the realization that the resistance to death (Pluto) is a rebellion (Uranus) against growth (Jupiter). It is upon the walls of this realization that the Sun in Capricorn and the Moon in Cancer will scrawl their illuminated message.

Knowing what you know about the sign of Cancer, it seems that the Full Moon here might call you to take comfort or indulge your senses. But the soft sensitivity of Cancer contains a sublimated power: the ferocity of maternal instinct (Primal Love) and protection. Add to this the evolutionary wisdom of the Sun in Capricorn and you have a perfect opportunity to learn the art of maintaining acute awareness in readiness for impending action.

Imagine, an aggressive hand lunging towards a cat, summoning a fury of claws and teeth! A siren speeds down the freeway and all the drivers immediately double their focus on the road. The drums of war sound and the villagers begin preparing.

This Full Moon’s opposition to Pluto will likely be felt as deeply ominous and threatening. Nature subjects all its creatures to the experience of danger to test the limits of their nervous systems. After all, evolution is propelled whenever necessity becomes the mother of invention.

So rather than deliberating upon what the perfect plan for your next strategic move is, allow the days surrounding this Full Moon to be animated by cardinal instinct and necessity, testing reflex and response!

The Second Coming, creates an environment of tensions between natural order and chaos, between innocence and wisdom, falcon and falconer.

Like a falcon distancing itself from its falconer, the potent infusion of cardinal energies will incline you to break free of philosophical rigidity that would deprive you of keeping pace with spiritual evolution.

Luckily, Saturn in Sagittarius will be trine to Uranus and sextile to Jupiter, offering some very stable ground to experience a paradigm shift upon. The ‘blood-dimmed tide’ may overwhelm the intellectual architectures you currently reside in.

But rather than feeling drowned by chaos, Saturn will enable you to marry your great respect for tradition with any desire to innovate! Reverence for discipline is the key to bridging whatever gap there may be between practice and vision.

And even if your vision contains signs of approaching danger, (for your own person or for the world at large) Saturn will enable you to acknowledge that you are being offered this vision so that you can learn to protect yourself.

Steel your resolve to create a firm philosophical, spiritual and material foundation. And in keeping with cardinal instinct, start building that foundation now! Every day of meditation, right thought and right action adds another layer that will reveal strength and firmness over time.

A Full Moon is only a brief aspect and thus, the tension of this Cardinal Grand Cross will swell and dissipate in relatively little time. But what it begins as an internal process of illumination will be important for the coming year. In 2017, the opposition between Jupiter and Uranus will continue to be influential, thus the most dynamic and flexible energies that you possess will become your greatest asset.

Surely some revelation is at hand

Many will feel called to broaden their scope of influence in the world in an important way. Whatever it may be, heed the call to action that the Full Moon in Cancer will enable you to feel now.

Looking back to Yeat’s poem, The Second Coming moves from the poet’s personal vision to a much larger esoteric vision. These images emerge from the ‘Spiritus Mundi’, the world’s creative and active mind. The Egyptian Sphinx, ‘A shape with lion body and the head of a man’ remains an unanswered riddle in many ways. But the spiraling gyre that Yeats sees history moving upon offers the knowledge that humanity will always experience cycles of cosmological chaos swirling beside responsive symbolic order.

Thus, “The Second Coming” is not about Yeat’s ambivalence to history, nor is it about a fanatical vision of the Golden Dawn of a New Age.

The ancient Sphinx he sees, slouching towards Bethlehem to be born, is not a Second Coming of Christ, an Anti-Christ or even a Second Coming of Egypt. Instead, the Sphinx represents the infinitude of comings, which humanity is always waiting for throughout the spiraling gyre of evolution.

The tension in ‘The Second Coming’ lies between humanity’s need for order and structure in a universe always perceived to be so close to the brink of chaos. This chaos, if not outwardly dramatized in politics and social relations, will still be experienced through the primordial mythic blood-dimmed tides. This is what tremendous poets like Yeats teach us and reveal to us through their visions.

So at this Full Moon in Cancer, embrace whatever darkness drops as revelatory and inspired. If you feel that you or the world is close to the brink of destruction, know that it has always felt this way. 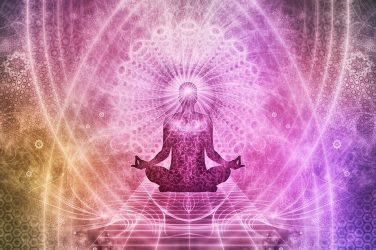 You are a mad scientist energy conductor. The alpha and omega of your life. 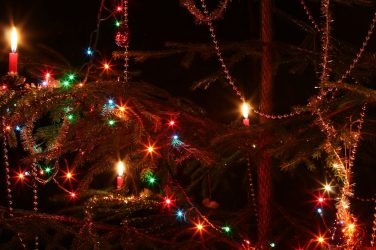 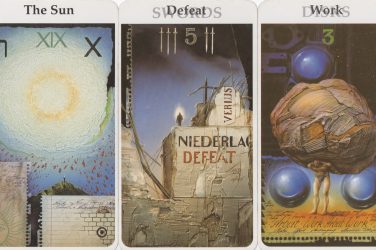 In a key respect, you become a neophyte, a beginner.

Sarah Taylor August 8, 2016
0 comments 0 Shares
WITCH exists to nourish magic in the world through shadow integration and shamelessness done with an awareness of "as within, so without - as above, so below." To write for us and reach an audience of thousands, please send submissions to assistant editor Karolina Boldt at badwitcheseditor@gmail.com.