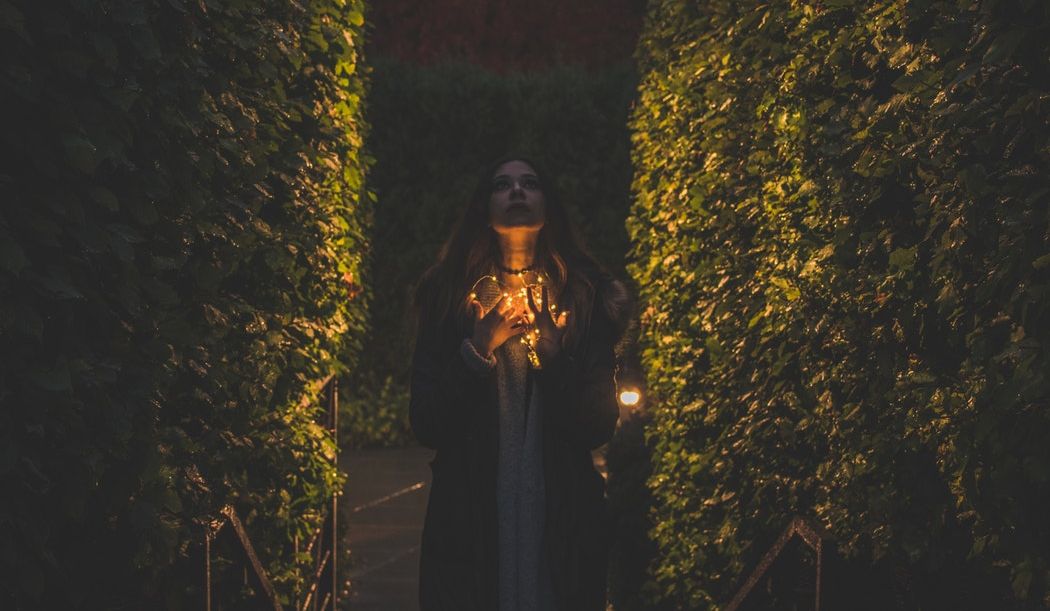 The only way to deal with an unfree world is to become so absolutely free that your very existence is an act of rebellion.” – Albert Camus

What does it mean to embody the essence of being a witch so completely, with every fibre of your being?

The knowledge that this world is a complex system of Otherness and interconnected tendrils of energy that go unseen and largely rejected by the masses is a grave and burdensome responsibility that weighs heavily on the mind of many a witch.

So how do we maintain a devious twinkle in our eye and a constitution of resolute defiance?

We learn to embody our own personal brand of witchcraft so completely, so authentically, so purposefully… that we free ourselves from the restrictive bonds of the hateful suppressors.

We dare the world to challenge us, not from a slew of arrogant words that reveal us to be prickly with the opinions from outside of ourselves, but instead embracing the inner rebel in glorious unabridged freedom of thought and feeling.

This, as with many things tied to witchcraft, is a journey of cycles:

Learning how best to handle our experiences, ascertaining why certain circumstances have us chomping at the bit to delve deeper into the esoteric mysteries, and why others leave us covered in gloomy clouds or petulant outbursts.

For myself, much of that inner vibration of Witch has been tied to my animal totem: the Fox.

Critical and mocking outsiders have long sought to devalue the energy of the Fox, and even claim that I am not ‘allowed’ to engage with any – and all – aspects of this spiritual life.

That totem animals are not allowed if you follow a Celtic tradition, and that Fox energy somehow makes my connection to the Goddess Morrigan less valid (I could not make up these insane examples if I tried…)

That I am not a so-called “Real Witch.”

As it happens, the available historical and mythological information is on my side, for whatever that is worth.

There are examples from Celtic mythology as to the Celts being animists and having rich mythologies around the magickal art of shape-shifting, as well as the connection with the Goddess Morrigan whom I follow:

–> Gudomain, i.e. hooded crows, or women from the síd; lying wolves, that is, the false demons, the morrígna. Or “falsehood,” so that they (the bansigaidhe and the hooded crows) are not demons; “falsehood,” so that they are not demons of hell but demons of the air. They double the cries of the foxes, and they double the voices of the hooded crows.” -War Goddess: the Morrígan and her Germano-Celtic Counterparts thesis by Angelique Gulermovich Epstein

It is a hard lesson to trust your intuition in the evolution of your personal gnosis but I have found that doing so will, in due course, lead you to a plethora of information that cements your innate knowing with the knowledge held by your ancestors.

Ultimately, your ancestors are your spiritual back up, and you are interconnected to the spiritual ecosystem so completely that you should be assured in your spiritual path, and the way that intuition guides you.

It is just the process by which we learn to shirk off the unwelcome bonds that other people (usually strangers) seek to attach to our lives.

So whilst it is a good practice to find examples within mythology and folklore, these are still merely stepping stones to the deep pool of personal experience.

We have to engage our inner Fox and find our way to safe passage through the woods of peoples opinions, where trees are felled to the cries of the ‘offended’ and the chopping block hammers with the intentions of those determined to cut out your particular brand of individuality.

Fox has been besmirched for centuries, called a trickster, ridiculed for cleverness and ‘cunning.’

It was one odd day not long ago that someone thought to throw this insult at me, as though my animal equated to insincerity, clearly not understanding the roots of what ‘cunning’ actually means.

The etymology shows the word originates from the Old Norse ‘Kunna’ which means; “to know,” and seeing as that is one of the modern mandates given to Witches alongside “know thyself,” it seems perfectly acceptable as an analysis of Fox to me, just that humans have forgotten what they once knew. 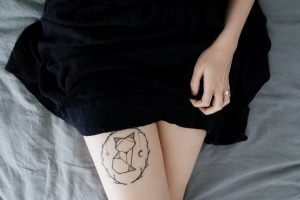 Foxes know the ways through the woods almost instinctually, Fox knows which paths are safe to tread and which are not as he moves silently, stealthily and invisibly through the hedgerow, and is willing to teach us, if we have the wisdom to listen, to be still and present.

Fox can sense danger lurking in the light and the darkness, and she can teach us to be wary, knowing when to engage situations and when to avoid them; for keen eyesight and cunning intellect will serve us just as well as claws and teeth.

Fox is a shapeshifter and the magician of the hedgerow, possessing knowledge, wisdom and magick, he is in complete control of his power and can deepen our instincts and improve our psychic senses when we embrace his wisdom.

Fox knows the mysteries of the Hedgerow and can freely cross these boundaries, and She will guide us along our Hedge-lined paths, if we are swift and nimble of foot.

Further, ‘Cunning’ as a term applied to people, was associated with Witches or those who practiced folk magick;

Sorcerers are too common; cunning men, wizards, and white witches, as they call them, in every village, which, if they be sought unto, will help almost all infirmities of body and mind.” – Robert Burton, Anatomy of Melancholy (1621)

It is interesting therefore that certain insults are levied at other witches as though to invite witch wars and take away from the individuals power, which inevitably, it does not do, even cannot do if we refuse to let it.

Instead we can draw strength from the weirdness that is our power, and wear it, own it, so completely and utterly that it strengthens us, for as Tyrion puts it in Game of Thrones “Never forget who you are. The rest of the world will not. Wear it like armour, and it can never be used to hurt you.”

We reclaim the lessons from the past, and we reclaim ourselves.
Our power.

We will not allow anyone to take that away from us.

We remember the power in words, the magick in them, and refuse to be part of a system that dumbs that down and makes it ‘offensive.’ 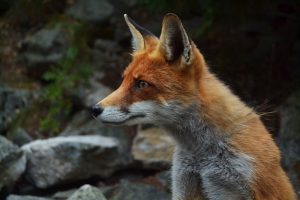 Furthermore, the Fox speaks of lessons of invisibility over translucency; the entire world does not need to know everything about you.

In a modern world of social media, Instagram selfies and living a life ‘on display’ we have forgotten some of the wisdom in secrecy.

Some argue that this is deceitful, as though it is immoral to be private about certain aspects of your life; but these are the words of those keen to hold everything against you as a weapon.

Some lessons of the Hedgerow are for you alone; either other people will not understand them, or simply put, they are not meant for others’ eyes and ears.

There is nothing ‘wrong’ with this, we all walk the path differently, but again, in a world desperate to control through transparency, it can almost become an act of rebellion to say so.

I suppose it hinges on where you personally feel about the rising popularity of Witchcraft in the mainstream; whether you feel elements are being lost to the beauty-blogger style presentation that is immensely popular, or whether you think that more knowledge can only lead to better things.

Myself, I stand against conformity and the rise of a ‘cookie-cutter’ image of Witchcraft is something I am interested in only in so much as to stand against it.

I encourage everyone to ‘embrace their weird,’ to revel in their authenticity, to take the time and effort to research and practice as much as they are able.

To think, to act, to be entirely themselves.

It is what we were born to do… be Other, standing in the liminal, the edges, the magical and the mysterious… 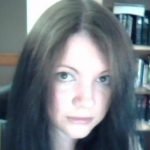 THINGS THAT GAIN FROM DISORDER ~ URANUS IN TAURUS 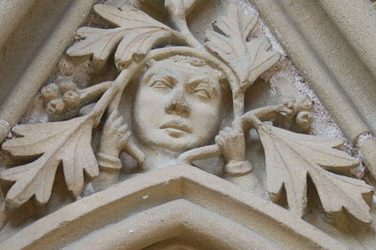 SHE DEVILS AND WHITE WITCHES

But what was this among them? A female figure? Not effeminate, but not male ... 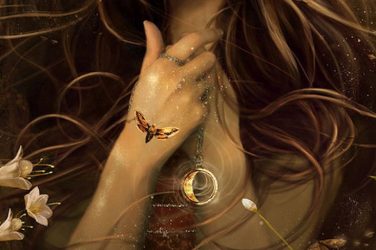 As you let the word Sorceress settle deep inside you, do flashes of long-forgotten ...

WITCH October 10, 2017
0 Shares
WITCH exists to nourish magic in the world through shadow integration and shamelessness done with an awareness of "as within, so without - as above, so below." To write for us and reach an audience of thousands, please send submissions to assistant editor Karolina Boldt at badwitcheseditor@gmail.com.