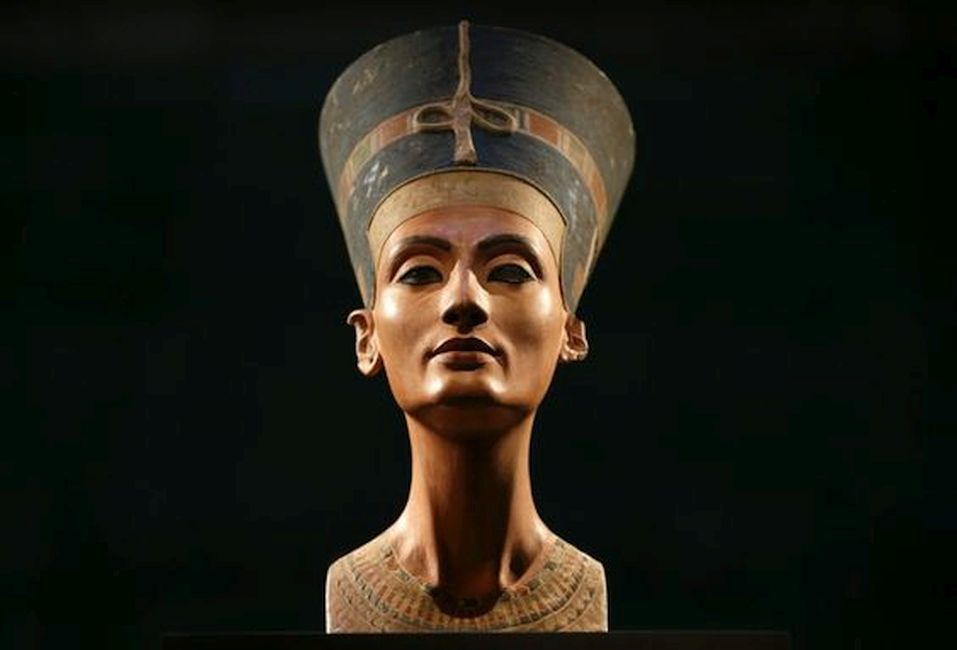 NOTICE: I have rewritten this article to reflect the realities of pervasive discrimination and inequality. Life is incredibly unfair, and not everybody can change their circumstances by changing their attitude. Unfortunately, internalized stigma led me to write this originally in an insensitive way, and I apologize for that. In addition, I have been moved to comment that I use the words “crazy,” “stupid,” “fat,” etc. in a rebellious way, in order to assert that none of these identities are negative ones. I think we can all agree that being insensitive, uncaring, and selfish are what is deserving of stigma instead. In this eugenics-saturated, materialistic culture, I am bold about confronting Nazi stigma and defending the disadvantaged from attack. Please do not take offense.

In my life, poverty has been a constant companion.

From my early years as a destitute scholarship student at the most elite private schools in the country, to my thirties spent isolated and alone in tiny apartments in the ‘hood, my ambition and industriousness have been met with equally ruthless fish-eye stares from Jupiter.

And I get it. I understand. I’m poor. I’m fat. I’m black AND mixed-race. I have a shit degree from a shit college. I’m a #MeToo survivor. I have a history of mental health problems and an empty social calendar. It all makes sense. 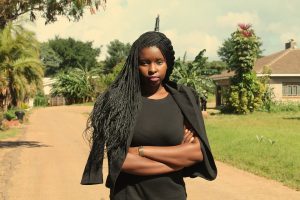 I’m not likely to get hired at corporations for anything other than the most menial jobs. (If I had a terminal degree or a degree from a major college, it MIGHT be a different story.)

Black women in government and nonprofit agencies are no more likely to hire me than white people are in the private sector. Even Forever 21 is pretty much only hiring PRETTY women.

Realistically, the discrimination I face and have faced is considerable.

But, as a metaphysician, where do I draw the line? Metaphysics teaches that WE ARE THE CREATORS OF OUR OWN REALITIES.

That we and only we are responsible for what we manifest. That abundance is ours if we claim it, and that our dreams can come true if only we develop the proper intent.

I’m sure I’m not the only one confused here. I know my people are out there. Trans, wheelchair-bound, mentally ill, poor, black, “ugly”, fat, gay, weird or just plain pissed off. I see you guys. Namaste.

I’ll just be honest. We live in a cruel and unfair world where other people’s opinions of us matter.

The amount of money we make, the amount of sex we have, the size of our support network all depend on how we are perceived. And such things are important.

We’re beings with bodies, and we require nourishment of all kinds to thrive.

But my not being poor depends on my capacity to make money, and the only way for me to make money is to get someone, somewhere, to give it to me. It’s not just money.

Sex, friendship… every kind of measurable currency must be given to us by somebody else. So when people don’t like you, good luck getting paid. It’s infuriating.

And without currency, life can get pretty bleak.

When you get to the point where you’re living in a single room in the upper Bronx, with fruit fly infestations and a jealous, developmentally disabled roommate, you begin to question any ideas you may have had about poverty being somehow noble or dignified. And yet how do you cope? 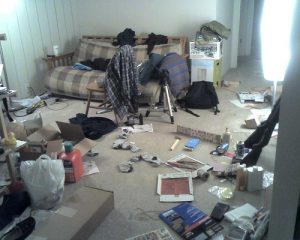 See, I’m in love with Carolyn Elliott’s idea of Existential Kink. She insists that if you are living in poverty, there’s some small part of you that loves, wants, needs poverty.

I sure as hell don’t love, want or need this poverty.

And frankly, I resent the implication. But to be honest, it mirrors a part of my soul that is equally impoverished… a part that needs to be heard.

And not just impoverished. Deeply disempowered. Until recently, my attempts to escape poverty were thwarted by my bitterness and hatred.

When I met wealthy or successful people, in the face of their sweetness and decency I often crumbled into a swamp of insecurities, resentments and hangups. I couldn’t even interview, let alone work in an office with coworkers.

Frankly, a lot of what was wrong was the pervasive looks-and-class-based prejudice that stained the gazes of others with arrogance and disdain.

I doubt most would even have considered befriending or hiring me. But my discomfort seemed excessive to me.

And frankly, I know where I tripped up. I spent my twenties and the start of my thirties obsessed with men, chasing and occasionally dating only the very “hottest” guys.

While I was open to dating other men, I always seemed to end up in “relationships” with the guys who most closely resembled Abercrombie models. I spent way too much of the past 20 years lamenting that I was too much of this and too little of that to have real relationships or a career.

As a SJW practically from birth, I knew better than to objectify a partner’s “flesh prison,” as a recent meme put it. But I didn’t do what I knew was right.

I did what I felt like doing, and betrayed my most deeply-held principles.

Eventually, my life fell apart because of it, and in complete despair I became everything I hated in others – the worst kind of anti-SJW. I wouldn’t wish it on anybody.

FACT: Almost nobody is destined to be rich, or even comfortable.

My biggest destiny was to become a blissed-out social worker, and even that was a long shot considering the many ways in which I’m disadvantaged.

Others may live their best lives as car mechanics, or LPNs. Still others may be like my mother, wrestling suicidal depression from cradle to grave while working 14 years as a teacher and finally taking early retirement to putter around in her kitchen and make snickerdoodles… one of my biggest heroes.

It’s irresponsible to unilaterally conflate bad luck with bad choices, and I would never dream of doing so.

I honored my personal moral code for the most part, and still landed in this position due to circumstances beyond my control. Many others experience similar misfortune.

We do the best we can, and often life is crueler to us than it should be. When looking back at our mistakes, an ounce of judgment and a pound of compassion is often the best remedy.

But I know that if I had made better choices in my life, I would be in a better position today.

As angry as I am that being born black, poor, mixed-race, mentally ill, fat, abused and weird had such an impact on my opportunities in life, I also have to admit that if I had embraced my power as a black, poor, etc. person and faced my demons, my life would have turned out significantly different by the time I was 35.

My misery and poverty are a constant reminder from my Higher Self that I’m the type of person who lacks compassion and a heart.

The kind who wears miniskirts instead of breast cancer pins. And it’s taking time to turn it around and grow a heart.

It was 7 years from the time I made the first desperate decision to change before I could honestly say I was out of the woods. I’m still not where I need to be. And if I hadn’t been lucky enough to be so young when I turned things around, it could have taken a lifetime or longer.

At this point, I’ve learned that when you are deeply in alignment with your values, being a minority of any kind (poor, ugly, crazy) can actually become an asset.

That’s because in claiming your divine identity and embracing your unique gifts, you can find your competitive edge and become focused in a way that is incredibly attractive to others. That’s how my fat and homely dark-skinned friend Robbin got hordes of men following her down 125th St. in the era of Paris Hilton and Britney.

When I finally admitted to myself that I didn’t actually want to be an Uggs-wearing Ivy Leaguer, I discovered that I loved these very things that I thought were such a burden.

I discovered that I didn’t even want to work for someone else right now… even though all of a sudden people were treating me well. That nixed any concerns I had about people not hiring me.

I discovered that I wasn’t really feeling the idea of having “friends” because nobody ever sticks around when people hit rock bottom. I discovered that most men bore me. That’s when a few started throwing themselves at me. 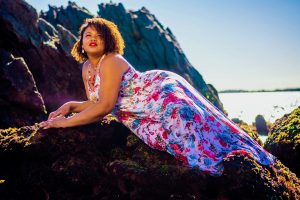 In the end, I went in a completely different direction. I decided to write, live on minimal income, and contemplate entrepreneurship as I heal.

It’s not as exciting as romantic dinners at Nobu or modeling in Ibiza, but I suspect those get tiresome after a while… especially if you’ve sold your soul to get them.

The street person I live with is still abusive and belligerent, but I’d rather live with that than a rent payment that’s enslaving me to an abusive employer… and at least I’m not on the streets.

And I’m looking at the bright side. I have gauzy pale pink curtains, four altars, a growing library and a juicer.

I’ve got a job and a career that is flourishing. I’m luckier than a lot of other people. And I suspect most of us can say the same.

And I haven’t given up on getting a “good” job, one that involves helping people. Maybe I won’t be standing in my own way by then.

I don’t know what my future holds, but I can choose to own my power right now, and that’s an improvement. And it’s a step in the right direction, one that will eventually take me somewhere good… even if it’s a Baltimore commune. 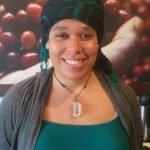 Helen is a freelance writer, activist, lay nun, and entrepreneur living in the Bronx, NY. She is also a survivor of child and adult homelessness, child abuse and neglect, schizophrenia, major depression, bullying and poverty. She healed her mental illnesses using a unique system that she developed herself, and now offers her knowledge to other sufferers as a mental health coach. Her fields of interest are gender and sexuality, mixed-race issues, disability and mental health rights, bullying, children’s issues, brainwashing and mass hypnosis, and eugenics. Helen posts on Facebook and Twitter and blogs at Priestess in Shades of Grey, where you can e-mail her for more information.

I SEE YOU. I KNOW. How to create safety when you are facing major life changes

THE ART OF MEMORY~SOLAR ECLIPSE IN AQUARIUS -February 15th, 2018 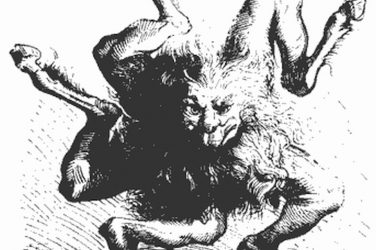 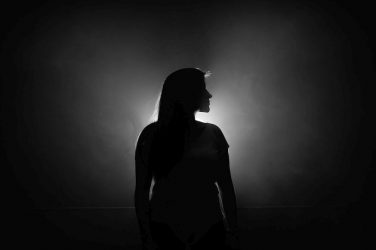 How Magic brought me to the truth: I am a Witch

by Valerie Kausen I was watching a year-old recording of a live class a ... 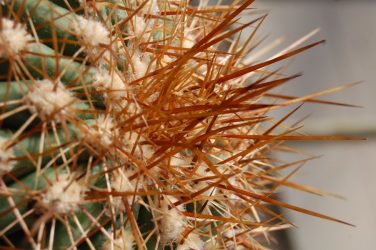 WITCH April 10, 2018
0 Shares
WITCH exists to nourish magic in the world through shadow integration and shamelessness done with an awareness of "as within, so without - as above, so below." To write for us and reach an audience of thousands, please send submissions to assistant editor Karolina Boldt at badwitcheseditor@gmail.com.