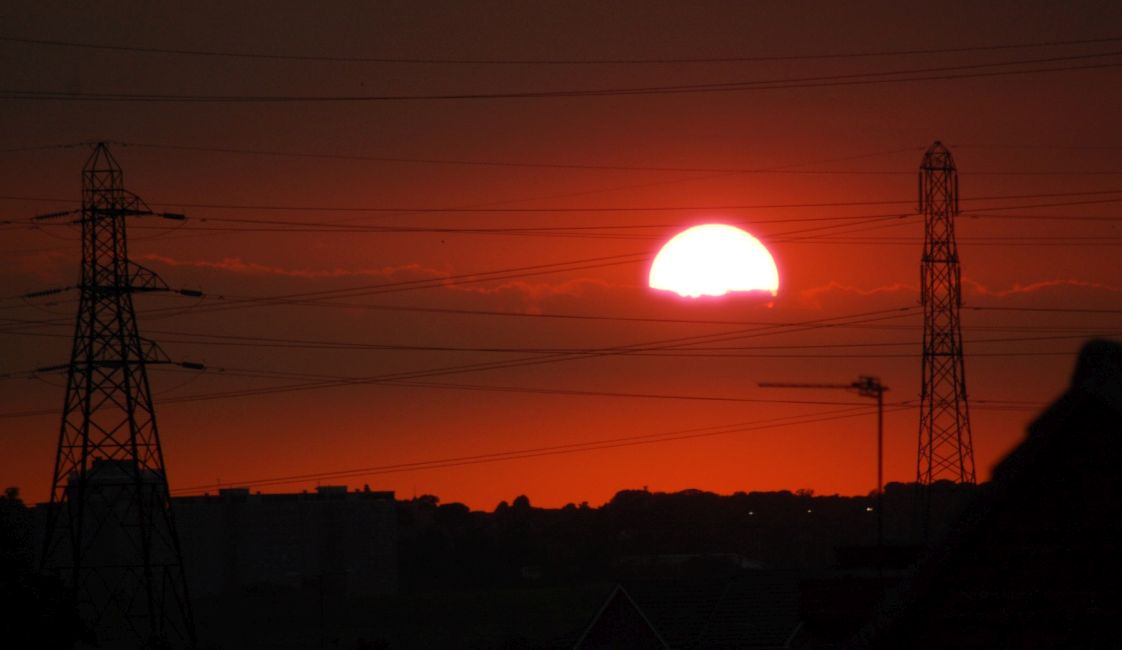 What is a shadow anyway? Literally, it’s the darkness that emerges when light shines upon an object.

Ergo, when you are ‘doing’ shadow work, you are shining light on an issue to see the darkness and explore it:

Ok, so why would anyone actively go seeking darkness??

Sometimes we don’t have a choice, it’s what we’re presented with through our life (it’s what we have chosen to experience, as we are all powerful!!), but what I do know… in the darkness there is more to learn than in the light!

Hence why the brave-of-heart would take time out to go to those murky depths.

On the Dark Side of the Soul are many teachings which, in this weird, bizarre world we’re in at the moment, is a refreshing change to ‘rainbows and unicorns’ (don’t get me wrong, I love both rainbows and unicorns, but life is not a constant, it has polarity!).

And I quickly learned as a child, i.e. it was programmed into me, that extreme polarities were ‘normal’ – love and hate, nurture and neglect, interest and ambivalence.

It’s what I saw daily, and it’s what fueled the choices I made to walk a darker path.

As a child, up until the age of three-ish, I didn’t speak much, didn’t smile a lot either (unless I was on a horse – then it was huge grins all-round!).

I very much lived in my head – it was nicer there, to be frank. To the point that when I was growing up I had a whole house, a whole world, inside my head where I went to regularly.

I have to wonder what that must have looked like to people on the outside!! Hahaha, weird, or what!?

So, I realised, last night, that I was walking my shadow path at a very young age – the circumstances of my conception and birth were, hmmmm, less than ideal, to say the least and the rest that followed was an extrapolation of that.

But, I realise that this was a path I chose before I was born – my soul chose this path, in its  infinite wisdom.

Now, I know that my physical childhood was alright – I wasn’t starving, or beaten or anything like that, but there was something amiss – which has only really come to light over the past few years, from talking to my aunt. 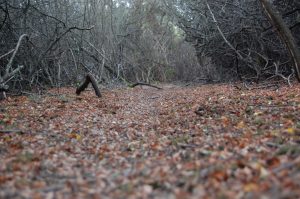 I did not know that this was gonna be so hard to write! It all sounded sooo good in my head last night!

​So, I always had a suspicion that my parents (doing what they could with the tools they had…..with their own choices they had made) weren’t the best at being parents.

Me – and then my brother too when he came along – were regularly farmed out to grandparents’ for periods of time (again… always preferable for me!) or the classic ‘stay in the car while we go in the pub’ – a few bags of crisps, lemonades and hours later they would return and off we would go home!

It all seemed soooo ‘normal’ – even the verbally abusive babysitter we had for a while seemed normal.

It was normal for these extremes of emotions to be part of my life.

And the way my parents were with each other…! True love and extreme hate – to the point where I can remember being maybe nine or ten and having to stop my Dad from strangling my Mum (the only time I ever swore at him! LOL).

I couldn’t WAIT to leave home!!! I wanted out – it’s like they were aliens to me.

As I grew up and experienced the torture that is the school system, I learned to access something even more extreme, even darker…

… intensely violent thoughts about what I would do to the bullies who plagued me almost daily for most of my school life.

So, the darkness drove the light further and further into my seemingly black soul.

And I was happiest when I retreated back into that world in my head I had created all those years ago.

Then, as a teenager, alcohol happened.

Oh my! Like adding petrol to a burning building!

But I went even further down the rabbit-hole, clutching my bottle of brandy, cider or vodka…hey, I wasn’t fussy, as long as it got the job done!

Alcohol made me funny and popular and NOT shy. And I mean not shy in many ways, including choosing to get myself into compromising situations.  You know what I mean…

Rarely was there happiness, I was known as someone who was in a constant state of melancholia, an unpredictable, self-destructive, over emotional  nutter (it was a label I wore with a kind of fucked-up pride!!) – and I LOVED it.

You know why? Because for me, there was something dangerous about treading a path of shadow and exploring all those things that you ‘shouldn’t do’.

​In fact, I was soooo contrary, I only had to get a sniff of someone thinking “Oh, you shouldn’t do that…!” and I would be off again, off the rails, off my head (in my 20’s it was LSD that did it for me!), and more often than not, rolling around on the floor (or occasionally in a garden) moaning that my life was shite.

I wore my shit and my angry, resentful nature on my sleeve and didn’t care!

Through my Dark Path journey, I had gone so far inward that it was a mega-challenge to actually really connect with people, and I would spend a lot of time in my own company.

It’s in this space that I found Witchcraft the first time – and would take myself off on walks, or long bike rides into the countryside and beyond.

I believe my 20 year healing journey started there – the journey back out of the dark caves, armed with all this bonkers wisdom and a tiny little candle!

I ended up (through a weaving of fate!) in a theatre group, conquered a lot of fears around speaking/singing/just being me in front of people ,and when I was 26 I landed a place at a prestigious Drama School.

And… oh my god – it all came flooding back, the bullying and the insecurity that it brought up.

All the fears around not being good enough, but the scariest thing was tapping into that Dark Place for a character I was playing – people would say to me “WOW! Where did that come from…..you’re so quiet/nice normally!” 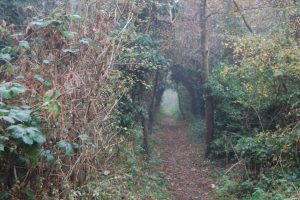 Hmmmmm, little did they know the filthy depths of my Soul!

I lasted a year there and left, it was not a good place for me to be – I chose to walk away from a situation which wasn’t right. Ah-ha! The light in the Darkness!

And, through my 30’s I kept on walking away from things/situations/people who were not right – sometimes it took longer to walk than I wanted, but I did it eventually.

Found Yoga and the empowerment that it brings, had a child and then the real healing began!

I had to get my shit together – at least enough to be able to raise a child without passing on all my crap!

So, I did, because I chose to use the knowledge I had gathered in the Dark Place, to give my child the absolute best of myself that I had – and that’s not perfect, but I have broken the recurring chain that my parents passed on!

And coming full circle, last year I trained as a Soul Realignment practitioner and learned why I had trodden the path I had – and by the gods! Did I pick up some shit on the way!

And it’s funny because I have photographed a lot of pathways and doorways over the past few years… hmmmmm – I wonder why!!!????

So, is there happiness now?

I would say YEP!

And balance, and laughter and fun and adventure and bloody hard work (building a business).

There is a curiosity and a need for truth – in everything – and I will dig it out if I feel I need to!

And, yes, I do still explore the Dark Side… only now, I know how to get back out of the cave, armed with a HUGE lantern and priceless artifacts.

Angie Welton is a Witch, High Priestess, Soundscape Artist and Teacher of all things Witchy/Occult. You can find her on Facebook on the wiTcHeS BaZAaR, or either of her websites the wiTcHeS BaZAaR or the Path of Witchcraft (for info on her courses!). She is also on Soundcloud.

all images are property of the author

The Fiery Enchantress of the Spring Equinox 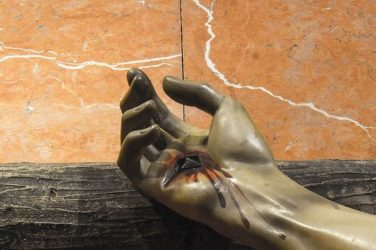 The dark side of being an empath is how heavy the power of emotions ... 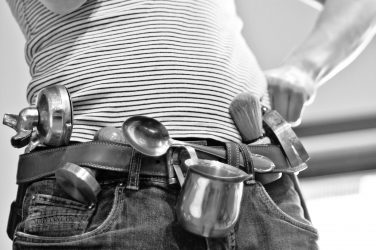 by Artemisia de Vine It has been four years since I became a full-time ...

Carolyn Elliott July 15, 2014
8 comments 0 Shares
WITCH exists to nourish magic in the world through shadow integration and shamelessness done with an awareness of "as within, so without - as above, so below." To write for us and reach an audience of thousands, please send submissions to assistant editor Karolina Boldt at badwitcheseditor@gmail.com.