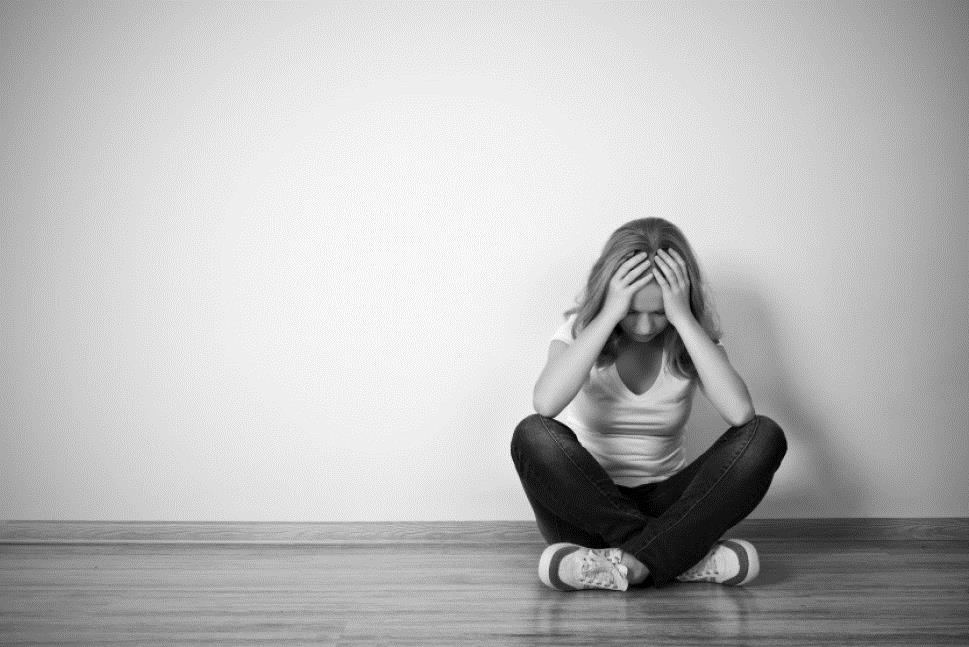 When I was 14 years old, I was suicidal. I was an outcast who didn’t fit anywhere. I was the poor girl of divorced parents in a private Catholic School. I kind of hated everyone.

At school, I was ridiculed by students and teachers alike because I was so awkward, depressed and different.

Teachers looked at me like I was some kind of a bug under a microscope, as if maybe they could figure out what kind of disease I was.

The other kids barely looked at me at all, but when they did, they just flung insults at me.

I had this fantasy, at the time, where I was sitting on a cloud, hovering above it all. Each hurtful word or look that sailed my way, I saw as a stone that I would catch and use to build a rock wall surrounding me.

I had no desire to fit in. What I really wanted was to disappear.

At home my family had begun treating me like a bomb that might suddenly explode. The year prior to this I had been raped by the man who was keeping company with my mother. He disappeared from our lives right after that but he left his mark on the whole family.

I was told that it was very important, for my reputation and for the whole family that we keep that “situation” very hush-hush. Don’t talk about it.

No, of course it wasn’t your fault, but don’t you dare tell anyone. They’ll think horrible things about you, and us!  Just… get over it.

My way of “getting over it” was to just stop being.

I made a few cowardly and not quite strenuous enough attempts at suicide.

And then, one night, there was a school dance. Someone I barely knew gave me a fifth of Southern Comfort. I drank it, blacked out, passed out and was dumped by the kids who gave me the alcohol at my doorstep.

When I came-to in the morning in my own room the first thought in my head was, “I don’t have to kill myself!  I can just drink!”

It brought me to that place of nothingness that I desired. I decided to continue technically living. But I was mostly dead inside. And I did drink, whenever possible after that. 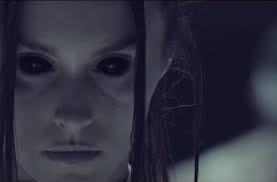 Fast forward about 14 years and my husband of 2 years, whom I loved deeply, was looking at me in disgust and giving me an ultimatum.

I had to get help and quit drinking, or we were done.   I remember feeling, suddenly, like I was underwater and couldn’t draw a breath.

I didn’t want to lose him, so the next day, I did get help and I stopped drinking.

Three months after quitting drinking, I discovered that I was pregnant. So, it was quite a whirlwind first year of sobriety. New home, new life, and I was doing all the “right” things.

Under my “keep-it-together” exterior, I was terrified of the changes, of becoming a mom, of everything.

I felt as though I’d better have something to hold onto after my child arrived because I felt like I was rattling apart.

I felt like my whole body mind and soul were being shaken with the fore-shocks of an earthquake that were increasing in intensity. And childbirth would make me just crumble into a million, tiny, broken pieces.

But when my daughter was born, everything changed.

I fell so hard in love with her that, if the shaking continued, it just couldn’t touch me. My early days with my baby were idyllic and peaceful and just so full of a love I’d never even imagined was even possible before. The quiet and calm were positively blissful.

But when she became a toddler, with high intelligence and a gigantic (Leo) attitude, the world began quaking again. I was almost 3 years sober and the reasons I started drinking in the first place started rearing their ugly heads.

I began having horrible night terrors and full blown panic attacks during the day. Memories jumped at me like the slasher in a horror film and stopped my heart in the middle of a sentence sometimes.

I began to have dreams that uncovered older memories; memories of molestation when I was very young. And all of this was going on while I was trying to navigate early sobriety and early motherhood.

One day, while grocery shopping, I was beset by a panic attack.

My daughter sat in the child seat in the shopping cart as we started to check out and she watched as my hands shook and my face turned red and my breath quickened to sprinter pace, while sweat poured out of my body. She gaped up at me with wide eyes saying, “Momma? Momma?”

I had to grab her out of the seat and just leave.  I left my basket and the groceries half in the cart, half on the check-out conveyer, and I just ran.  I ran, with my baby girl in my arms, like we were being chased by a murderer. But we weren’t. It was just my past chasing us.

I managed to get her buckled into her car seat and myself into the front seat and I just sobbed.

I cried with frustration and fear over the panic attack, I cried over all those things that happened to me as a child that I never acknowledged or dealt with, but mostly I cried because I NEEDED to be a better mother.

I couldn’t have this MESS of a woman that I had become be an example for this precious, innocent child.  She was looking to ME for guidance, for information about how to go through the world.  I couldn’t have that. 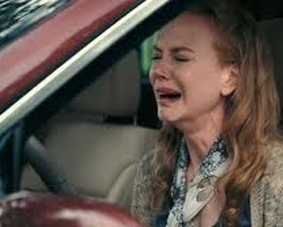 So, once again, I sought help. I’ll spare you the stories of the months of seeking for the right kind of help, and let you know that I finally did find it.

And I was introduced to meditation and I became what I would describe as a spiritual seeker. It was kind of like I just found a new addiction. But this one was healthy.

Little by little, my “episodes” slowed down and finally stopped all together. My meditation practice grew, my spiritual practices evolved.

Through all of this, I came to understand, and eventually appreciate, ALL of the experiences of my life. And I became the role model that my daughter deserved.

(And what I mean by evolved is, Catholicism to other “lighter” forms of Christianity to agnosticism, to spiritual-not-religious to Buddhism to an eclectic combination of practices with a healthy dose of Hindu philosophy I saw as “Renee-ism” to atheism, to Wicca to a more general paganism to the weirdo-crone warrior witch that defies description that I have become today!)

I sought out personal power in every arena.

I learned how to govern my own life and I won my freedom. After years of this practice, every aspect of my life changed for the better, and I began to encounter other women who were in need of healing in ways that were similar to mine and in ways that were different as well.

What I understood was that, having come through these difficulties, and finding solutions, I now had a responsibility to share what I know. I was finally armed with enough information, personal power and experience to help others strategize their battles.

This is just one of the reasons I became a Diviner, spiritual adviser and coach.  And today, I absolutely LOVE seeing the women I work with improve everything about their lives.

Renée Damoiselle is a Worldly Wise Crone Witch with personal ties to warrior deities. Her “raised eyebrow” style of Truth-Telling enables her clients to face the realities of their challenges and triumphs with confidence and humor (each when necessary). Renée offers divination and coaching combining Cartomancy, Reiki, Skrying, Mediumship and a healthy dose of good old common sense. She also offers many workshops and talks and facilitates women’s spiritual retreats. Friend her on Facebook.
Check out this site for all the details on Renee’s Retreats!
For more about Renée, read her blog.

THE SECRET MAGICK OF NOT GIVING A FUCK

9 SIGNS YOU ARE THE PARENT OF A MAGICAL CHILD 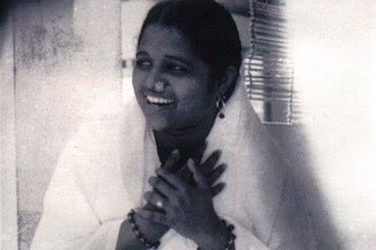 Connecting with Amma was the beginning of a deeper plunge into the world of ... 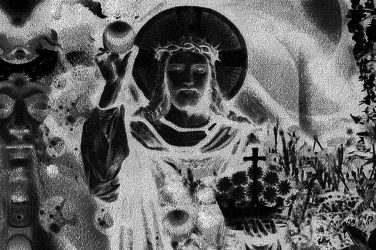 He’s looking…and hooking up with Him is embarking on a powerful conjure track…I can ... 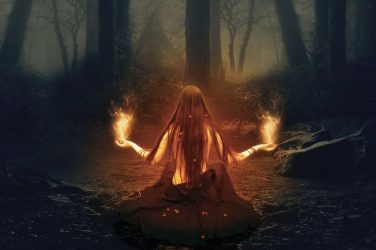 TURNING PAST LIFE PERSECUTION INTO EMPOWERMENT

I realized quickly that I was going to have to let go of the ...

WITCH May 11, 2017
0 comments 0 Shares
WITCH exists to nourish magic in the world through shadow integration and shamelessness done with an awareness of "as within, so without - as above, so below." To write for us and reach an audience of thousands, please send submissions to assistant editor Karolina Boldt at badwitcheseditor@gmail.com.