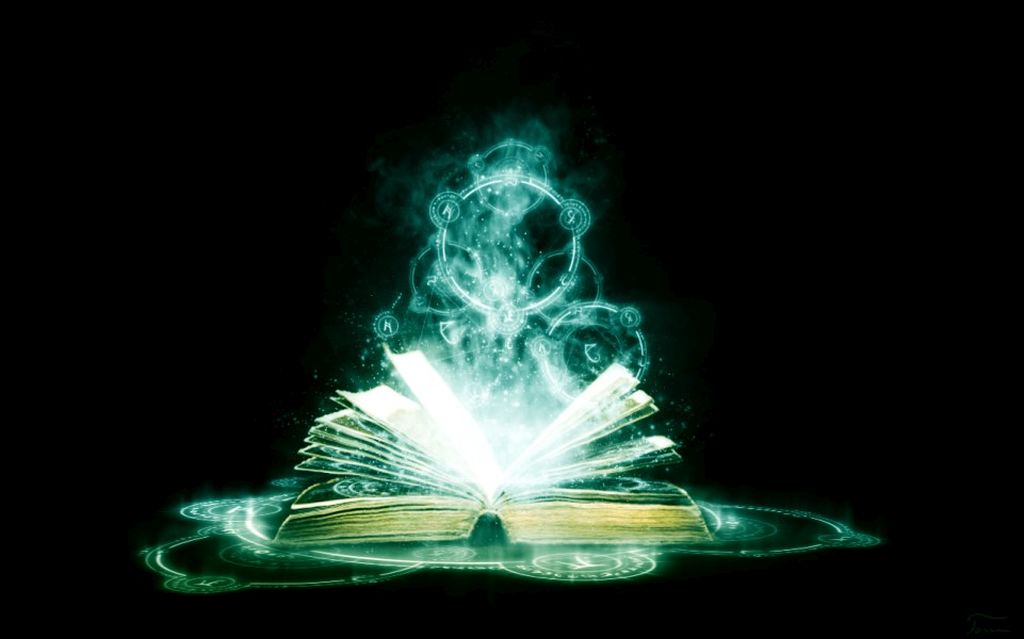 We live in a modern age, and with it comes modern re-tellings of the mythos of old. Relevant re-tellings that help us understand the role of the Modern Witch in our society help us see how and why magick works and how it shapes our world.

While the Ancient myths can be informative they lack resonance when it comes to how to apply them to our day to day lives.
Occultists love books and gaining knowledge and we know that we can find it anywhere.

It used to be that comic books were shunned as a way to gain knowledge but in our modern 21st century we know that these books are where wisdom lies, and that if we take the time to experience them through sensory awareness we can learn the same mysteries here that we could in the pyramids of old.

Graphic novels are one step up from comic books they combine several of them in a beautiful hard cover that looks great in your Occult Library.

Here is my list of five Graphic Novels ( a series of comic books) that will expand your Bad Witchiness….

1. The Sandman Series, by Neil Gaiman:

This series is about a family of eternal beings who have existed since the beginning of time, called the Endless. They are Destiny, Death, Dream, Desire, Despair, Delirium who was once Delight, and Destruction who turned his back on his duties.

Their names describe their function and the realms that they are in charge of.

Neil Gaiman touches on all the ancient deities we magical beings know from Angels, to Egyptian deities, to Lucifer. He answers questions about Heaven and Hell using his dry wit and re-tells mythos in a way that you as a modern 21st century witch can enjoy.

Preludes and Nocturnes begins the series. Pick up this series if you would like to explore the concept of how Gods became Gods, the role of Egregors, and Chaos Magick in general.

2. Dawn. Return of the Goddess, by Joseph Michael Lisner:

Dawn is a Goddess, many of us know that the Goddesses Eos and Aurora were associated with the dawn and in this vein comes together one of the most interesting story lines for a graphic novel.

Dawn has returned to earth and her job is to guard and watch over witches here on earth and protect them from the God Lucifer. This of itself is an interesting twist since most associate witches with Lucifer.

She is not all white light, but deep, dark, strong, passionate, and constantly being summoned. She can appear as a young maiden, fertile mother, and strong crone.

In this series Lucifer runs a Piano Bar named Lux and is presented as a charming “man of the world”  and looks like the cover of GQ or Maxim magazine.

The themes of theology, free will, what sin is really, rebellion, anarchy, how humanity has control of their own destiny and the role of Satan and Hell all come into play in this beautifully illustrated novel.

There is even elaborate dissertations as to “what selling one’s soul to the devil” truly entails and the ethics and philosophy that you find your mind dwelling in leads you to all kinds of new conclusions about our modern age.

4.  Elfquest, by Wendy and Richard Pini:

Thousands of years ago when humans were still a primitive race, visitors from another planet came to our planet to rest and gather resources.

Somehow, they got stuck here and from this premise comes how we have nature spirits, trolls, mermaids, different races of elves and fairies.

The relationship of humans to these races, how our planet has gotten to where it is and where much of our “innate magical abilities” come from are all explored creatively in this book and yet it comes across as logical.

Seriously, you will find yourself believing that it’s all real! Reading this book pushes our ideas on magical bindings, magical names, how to use psychic abilities to send and receive messages, how we co-create our world with other magical beings, how to explore our sexuality without shame and how each magical ability can fulfill a role in our culture.

Wendy Pini’s art work is jaw dropping and you will find yourself wanting to rip out some of these pages and frame them on your walls.

This Graphic Novel is considered a “Must have” for any Comic book geek. If this doesn’t make you want to read it then maybe this will…

Grant Morrison is one Bad Ass Wizard himself and openly a practitioner of Chaos Magick.

The plot synopsis is unique, fresh and fluid sexuality at its finest is explored.  Seven different abysmally normal human beings become Hero and Heroines crafting what is considered dark, kinky, or strange within themselves to become the powerful magical beings they truly are.

Grant Morrison’s stories are not for the faint of heart, they are as dark and twisted and disturbing as our modern 21st century is, but they will give you many magical “aha” moments and make you chuckle as you find yourself blushing and shocked at the same time. 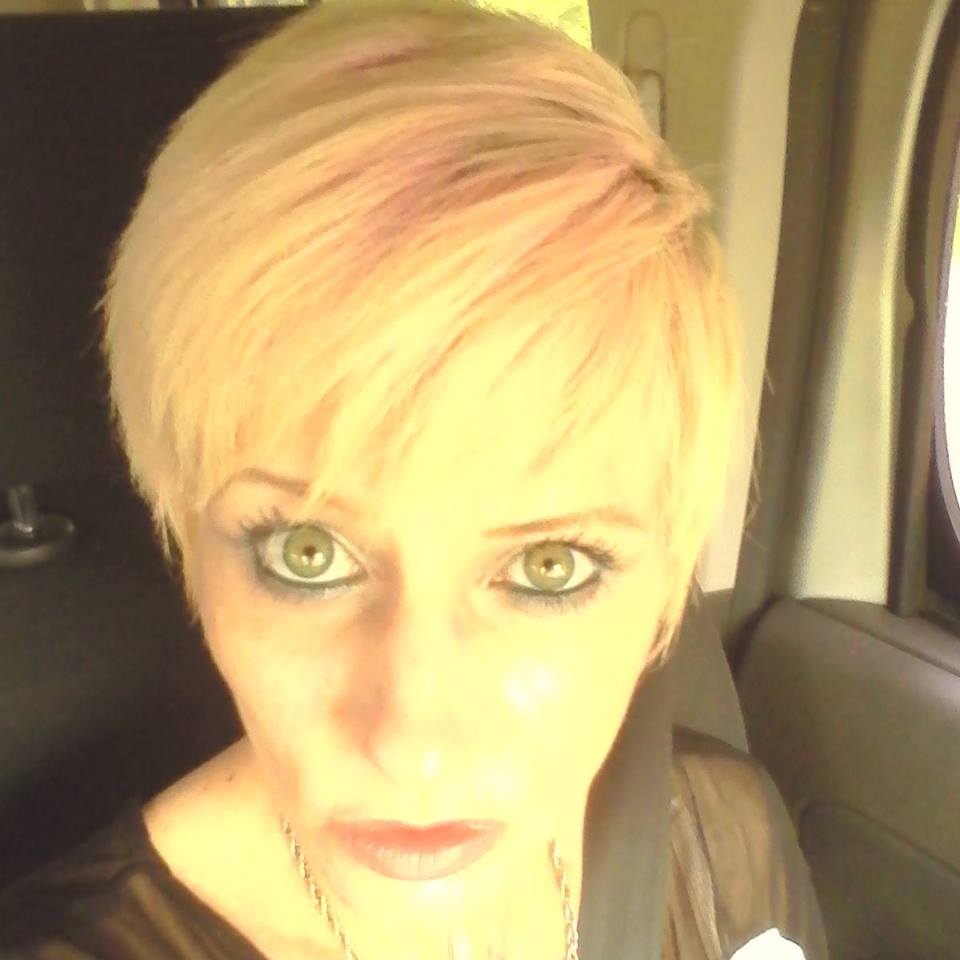 Merhamet Miller is a prosperous bold sorceress who teaches classes about various magical subjects, Nest Coordinator for Quantum Myrrh and lives on a sustainable rabbit farm with friends and chosen family. You can catch her online at her facebook group Blood and Bone, Flesh and Stone, where she discusses and shares her interests of quirky “Occultisms”. 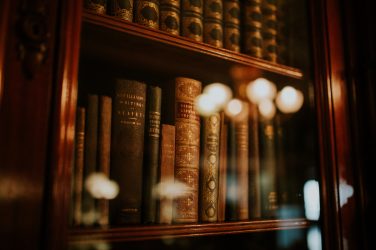 Top 7 Fantasy Books To Make You Believe in Magic

a forgotten orphan of little consequence, is faced with her destiny when she unleashes ... 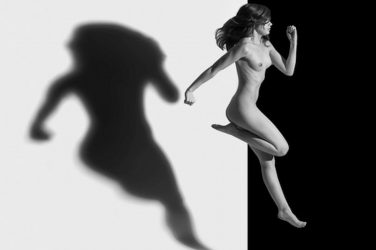 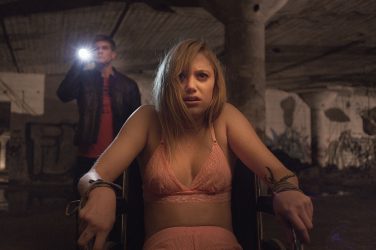 IT FOLLOWS: On Sexual Shame, Magic, and Horror

It Follows is the most important, disturbing, subtle and eloquent statement about sexual shame and ...

Carolyn Elliott April 17, 2015
3 comments 0 Shares
WITCH exists to nourish magic in the world through shadow integration and shamelessness done with an awareness of "as within, so without - as above, so below." To write for us and reach an audience of thousands, please send submissions to assistant editor Karolina Boldt at badwitcheseditor@gmail.com.